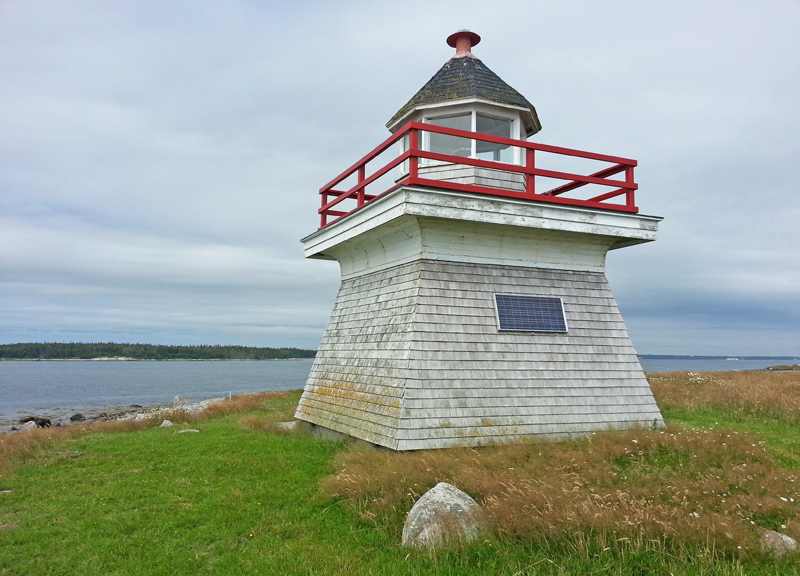 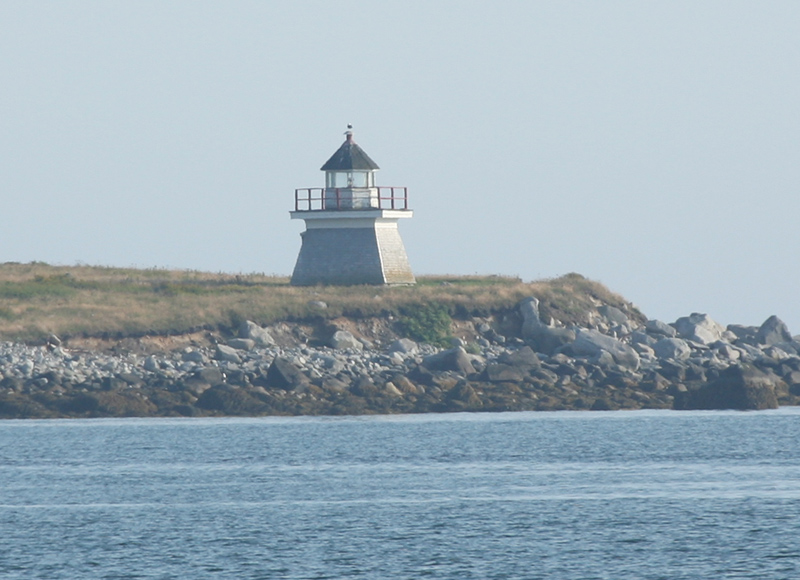 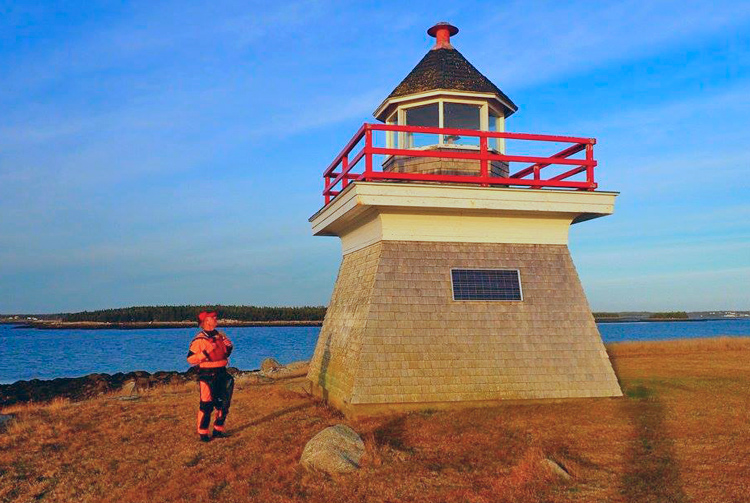 Michael Wrayton was born in Dublin Ireland in 1809, but immigrated to Nova Scotia in 1831 aboard the brig Mary. Upon entering the harbour at Barrington, the brig struck a shoal, and the passengers were forced to pump and bale all night to keep the brig afloat. Wrayton settled at Doctors Cove, where he eventually became the owner of the wharf and several vessels that participated in the West Indies Trade. Michael married Maria Cunningham in 1843, and they had eleven children over the years. Around 1860, Wrayton purchased Stoddart Island and relocated his family there. The island was subsequently known as Wrayton Isle, but Wrayton himself preferred to call it Emerald Isle after his homeland.

In 1875, Wrayton was going to display a light for mariners from the window of his home, but instead the government provided an old octagonal iron lantern that was placed atop an inexpensive wooden tower at a cost of $150. This red light served to guide fishing vessels and other craft into Stoddart Harbour. Wrayton tended the light for two years without remuneration, but was finally provided an annual salary of $100 starting on May 7, 1877, as mariners extolled the usefulness of his light.

Maria Wrayton died in September 1879 and just three months later Michael Wrayton drowned along with his two youngest children when their boat the Ocean Belle went down. William Wrayton took charge of the light after his fathers death and was assisted by his sister Agnes, known as Aggie. In 1881, William was transferred to nearby Bon Portage Lighthouse, and his older brother Arthur was appointed keeper of Stoddart Island Lighthouse. Arthur drowned in Argyle Bay in 1892, leaving his wife Alice and nine children. Alice Wrayton cared for the light for a couple years after her husbands death. During this time, she was charged with manslaughter, but was eventually exonerated in the death of Billy Thurston, a hired hand on the island.

In 1886, the present rather squat tower was erected, and the material from the old tower was used to construct an oil house. Though locally known as the Emerald Isle Light, the lighthouse is officially listed as the Stoddart Island Light.

Ephraim Larkin was appointed keeper of Stoddart Island Lighthouse on March 18, 1896 and continued in this role for over twenty-four years. Larkins granddaughter, Evelyn Richardson, was born on the island and married her husband, Morrill Richardson there. The Richardsons lived in the lighthouse on Bon Portage Island, which Morrill kept, for thirty-five years. In 1945, Evelyn published the book We Kept a Light, which details her familys life on Bon Portage Island and her childhood memories on Emerald Isle.

For a larger map of Stoddart Island Lighthouse, click the lighthouse in the above map.

From Route 3 just west of Shag Harbour, turn south onto Prospect Point Road and continue to the end of the road. Stoddart Island Lighthouse is 1.6 km (1 mile) offshore. Coastal Adventures offers sea kayaking tours that pass by the lighthouse.