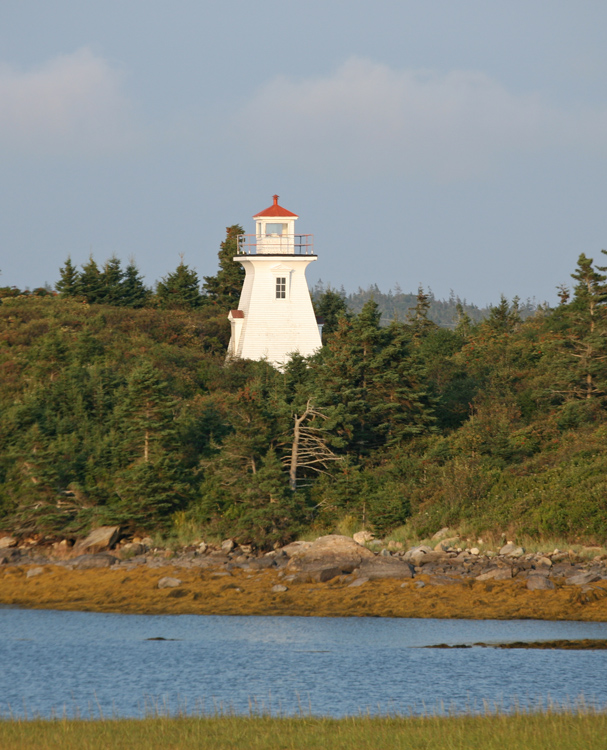 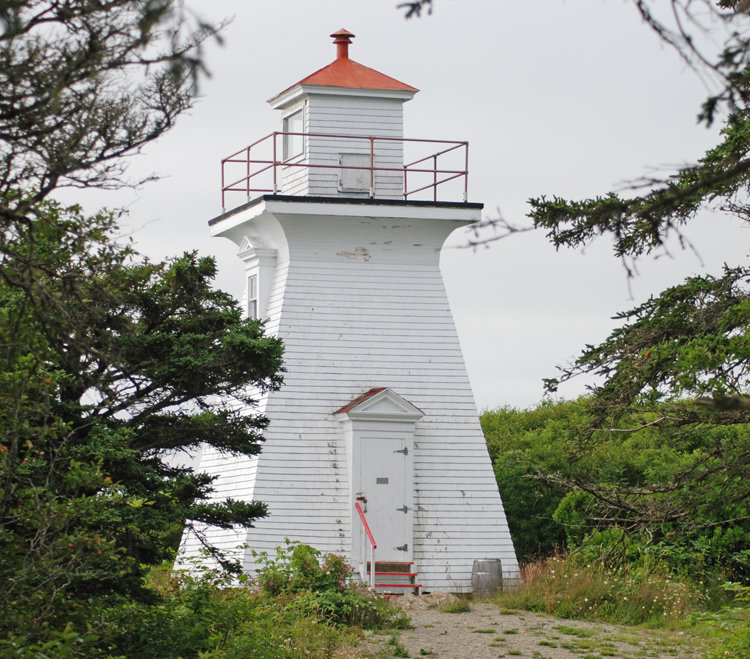 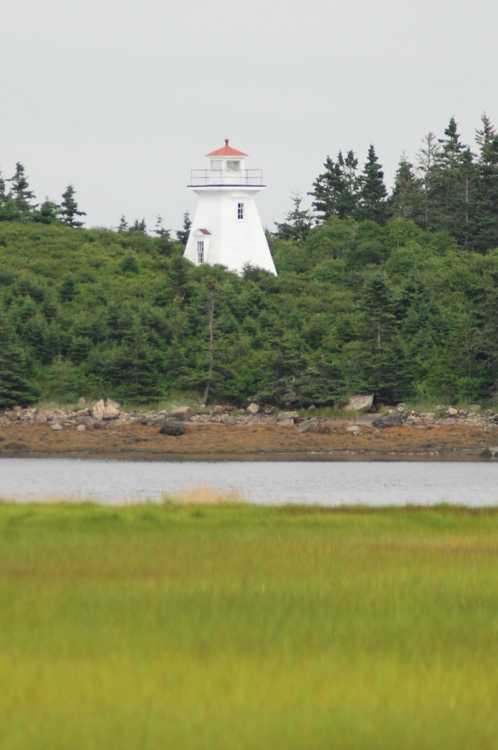 A pole light was established at the south end of Abbott Island in 1884 to guide vessels through the narrow entrance to the anchorage at Abbotts Harbour. A new mast with a shed at its base was erected in 1891 at a cost of $125, but a few years later mariners decided the light would be more useful if it were located on the mainland, so the light was relocated to a spot near the south entrance to the harbour. In 1922, a wooden pyramidal tower formerly used in Amherst was moved to Abbotts Harbour to replace the pole light.

For its first seventy-seven years, the light at Abbotts Harbour was kept by the DEntremont family starting with Garvaise DEntremont in 1884. Freeman DEntremont kept the light from 1886 to 1888. Guillame-Henri DEntremont was responsible for the light from 1888 to 1939, and near the end of this lengthy term, he was awarded and medal in 1935 by King George V for his faithful service. Charles-Angus Charlie DEntremont watched over the kerosene-fueled light from 1939 to 1961. The final keeper of the light was John Joseph Surette, who served from 1961 to 1966.

A small park, with picnic tables and benches, was created around the Abbotts Harbour Lighthouse by members of the West Pubnico Historical Society in 1990. This proved to be a popular spot for locals and visitors, but by that time, the beacon had been discontinued, and the park was actually on private land.

To ensure the long-term preservation of the lighthouse, its lantern room was removed, and on June 24, 2004 the tower was cut into two sections, loaded onto a trailer, and relocated to the grounds of the Historical Acadian Village of Nova Scotia in Lower West Pubnico. The traveling lighthouse has almost certainly found a permanent home, and what better place could there be to learn about the history of the lighthouse than at a museum.

For a larger map of Abbott's Harbour Lighthouse, click the lighthouse in the above map.

From Highway 103, take Exit 31 and follow Route 335 south for 9.1 km (5.7 miles) and then turn left on School Street and on to Old Church Road. Historical Acadian Village of Nova Scotia will be on the left. Parking is available. Admission is charged to enter the grounds. The village is open from June through September.

The lighthouse is owned by Historical Acadian Village of Nova Scotia. Grounds/tower open.