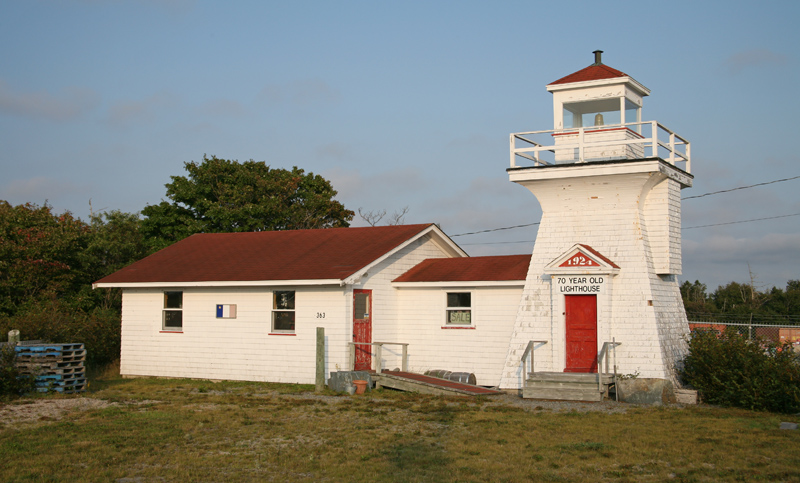 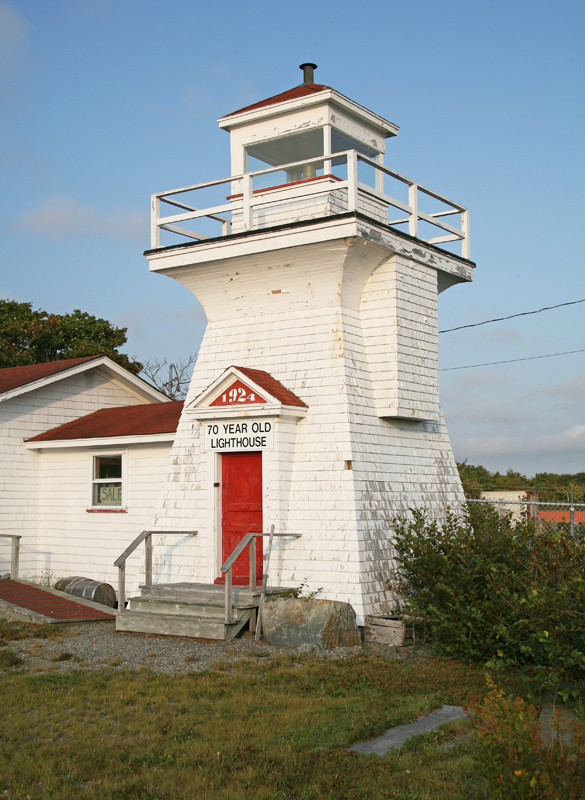 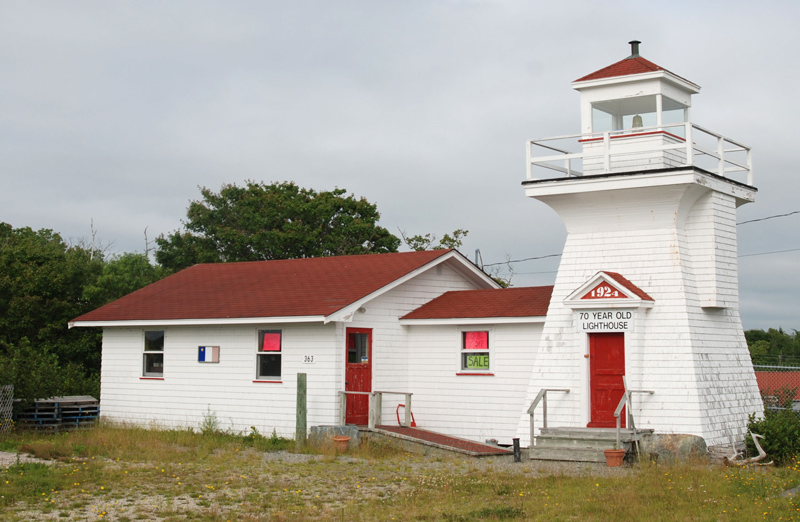 Salmon River is a small community located on the shore of the Bay of Fundy north of Yarmouth and just over four kilometres south of Cape St. Mary. In 1924, a lighthouse, in the familiar form of a square, tapered tower topped by a square lantern room, was erected on the government wharf at Salmon River from where it displayed a fixed white light. A fog bell, which was tolled one stroke every six seconds, was also used at the lighthouse to assist mariners during periods of limited visibility. The mechanism used for tolling the bell must be the reason for the rectangular box that protrudes from one side of the lighthouse, just below the lantern room gallery.

Salmon River Light was discontinued in the 1980s, and subsequently sold and relocated roughly sixty kilometres to West Pubnico, where it became part of a gift shop called La Lighthouse de Pombcoup. The Mikmaq name for what is now Pubnico is Pogomkook, with the lengthy meaning of a place where in winter one can go and fish eels in the harbour by cutting holes in the ice. When French settlers arrived, they changed the name to Pobomcoup, which was later shortened to Pombcoup, and finally to Pubnico, with the arrival of the English.

In 2015, the lighthouse was refurbished and then painted to resemble an Acadian flag.

For a larger map of Salmon River Lighthouse, click the lighthouse in the above map.

From Pubnico leave the Lighthouse Route (Route 3) and drive 1.8 km (1.1 miles) south on Route 335. Salmon River Lighthouse and gift shop will be on the left. In 2011, it appeared that the gift shop is no longer open.