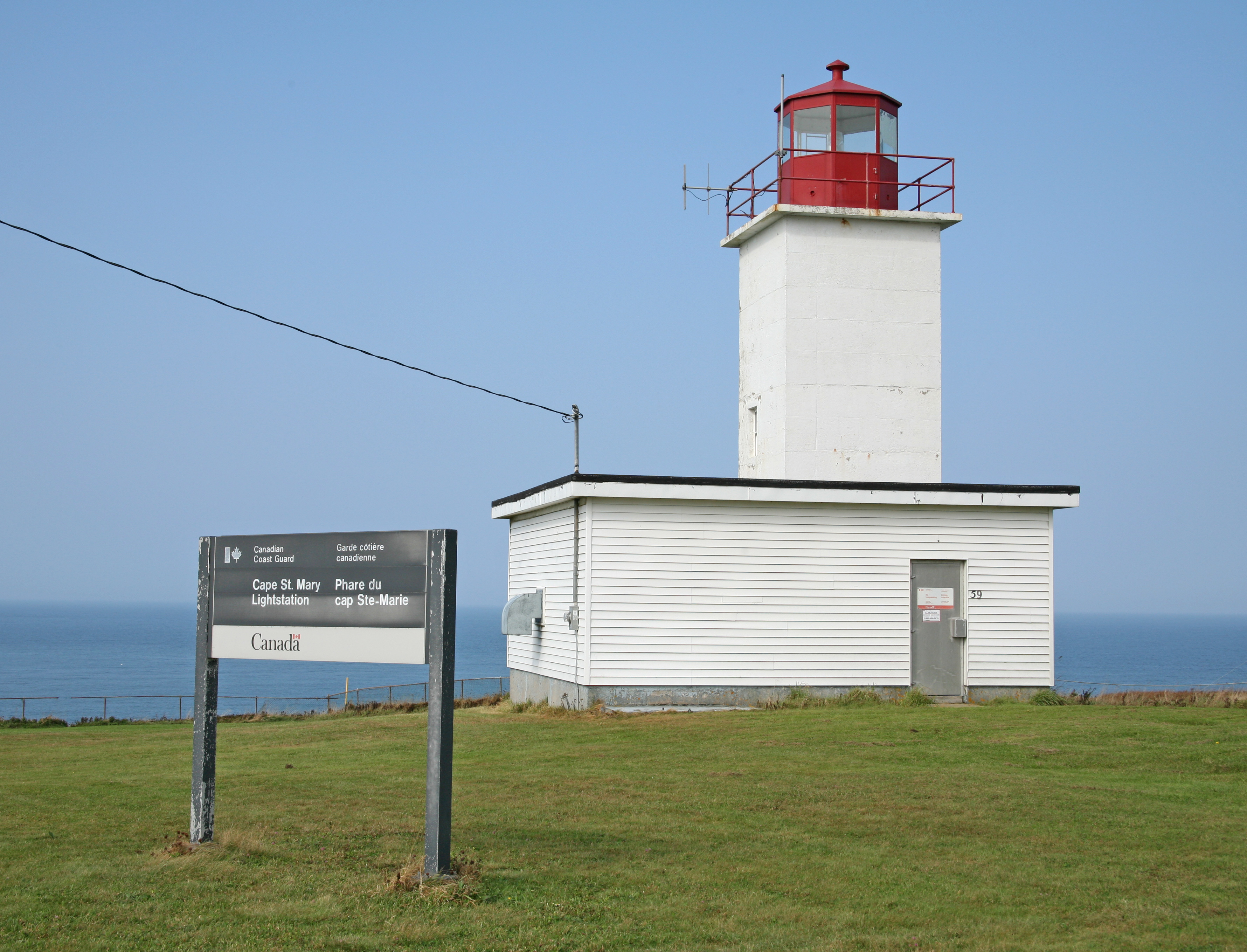 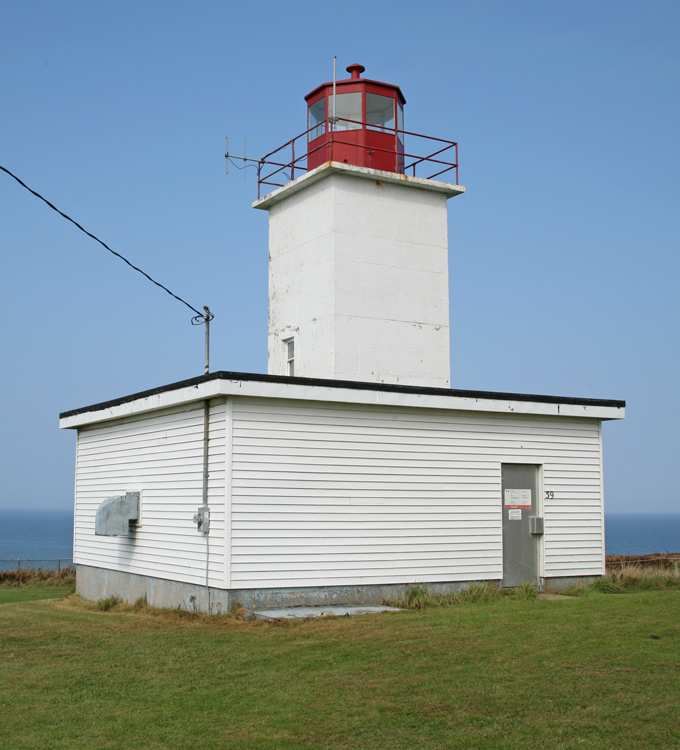 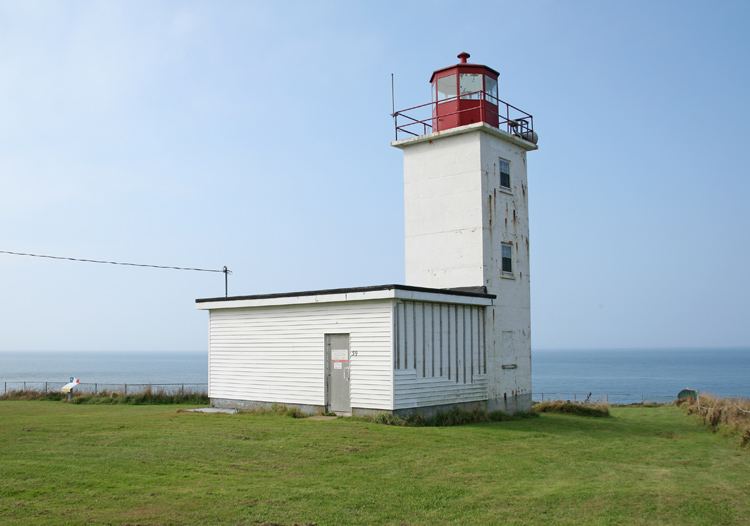 In 1858, some inhabitants of Yarmouth and Digby County petitioned the provincial government for the establishment of a lighthouse at Cape St. Mary. Another petition was presented the following year, but it wasnt until 1866 that the Committee on Navigation Securities for the House of Assembly of Nova Scotia recommended that a lighthouse be built on Cape St. Mary. On June 26, 1867, the Board of Works of Nova Scotia awarded a $2,800 contract to Dexter and Robichau to build a lighthouse on Cape St. Mary. By this time, Confederation plans were nearly finished, and the lighthouse would not be finished until Nova Scotia had become part of Canada.

The first Cape St. Mary Lighthouse was a wooden, octagonal tower with a height of 13.1 meters that served as both a coast light and also as a guide into St. Marys Bay for vessels bound for Grand Passage and Petit Passage that run between Digby Neck and Brier Island. In 1868, the year the lighthouse was built, U. Doucette was paid $226 for land and making a road, DeChezeau & Co. was given $191.90 for supplies, and Mathurin Robichau, the first keeper, was paid $31.78 for building a fence.

A rectangular dwelling, 33 x 22 feet, was built near the tower for Keeper Robichau, who earned an annual salary of $500. A well and a barn were also part of the station.

Formerly a sea captain, Mathurin Robichau developed a keen interest in politics and in 1855 was elected as Clares representative to the Legislative Assembly, where he lent his weight to Confederation. Just a year after helping to make Canada a reality, Robichau left politics and became the first keeper at Cape St. Mary. Benjamin, one of seven Robichau children, started to help his father at a young age and eventually took over his position. Together, the service of father and son spanned sixty-two years of keeping the light at Cape St. Mary.

The original illuminating apparatus consisted of ten lamps and twelve-inch reflectors arranged in two faces with five lamps each. A clockwork mechanism caused the apparatus to revolve one per minute to produce alternating red white flashes. A diaphone fog signal, projecting from one end of a gabled-roof building, was added to Cape St. Mary in 1915. S. Robichaud of Meteghan erected the building, which housed a type B diaphone fog alarm plant.

The present lighthouse, a square tower built into one corner of a one-story building, was built in 1969 and produces a light with a signature of one white flash every five seconds. The lighthouse was de-staffed on March 31, 1989, when it became fully automated. Between 1868 and 1988, twelve lightkeepers served at Cape St. Mary including one woman, Mary Goodwin.

In 2003, the keepers dwelling from Cape St. Mary was moved to Middle West Pubnico where it sat for many years awaiting restoration. A gentleman from Norway, who works for Chevron, purchased the cottage as a summer home. On October 10, 2009, the house was finally ready to start the journey to its new home on Canoe Island, just off Abbotts Harbour. Arnold dEon was responsible for moving the dwelling, and it wasnt the first time hed moved a keepers dwelling. He lives in the dwelling he moved ashore from Whitehead Island Lighthouse.

The Municipality of Clare took possession of Cape St. Mary Lighthouse and the surrounding 2.1 acres on January 10, 2017, as part of a divestiture process with the federal department of Fisheries and Oceans. The following summer, the municipality began work on transforming the site into a community park. A parking lot, interpretive panels, benches, and picnic tables were added to the site, while the lighthouse itself was covered in cedar shingles and painted.

During migratory bird season, the lighthouse is a great vantage point from which to view the mud flats below, which are a favorite stopping point for the birds. The steep cliffs below the light have many caves formerly used by rumrunners as hideouts.

For a larger map of Cape St. Mary (Cape St. Mary's) Lighthouse, click the lighthouse in the above map.