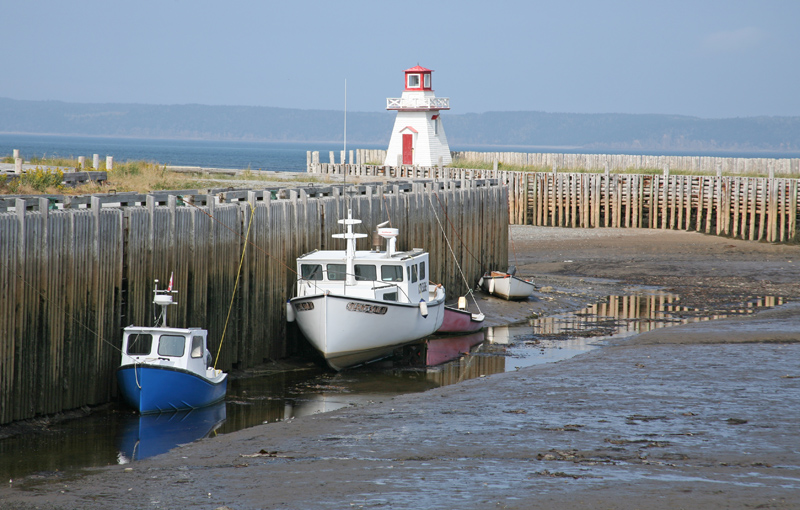 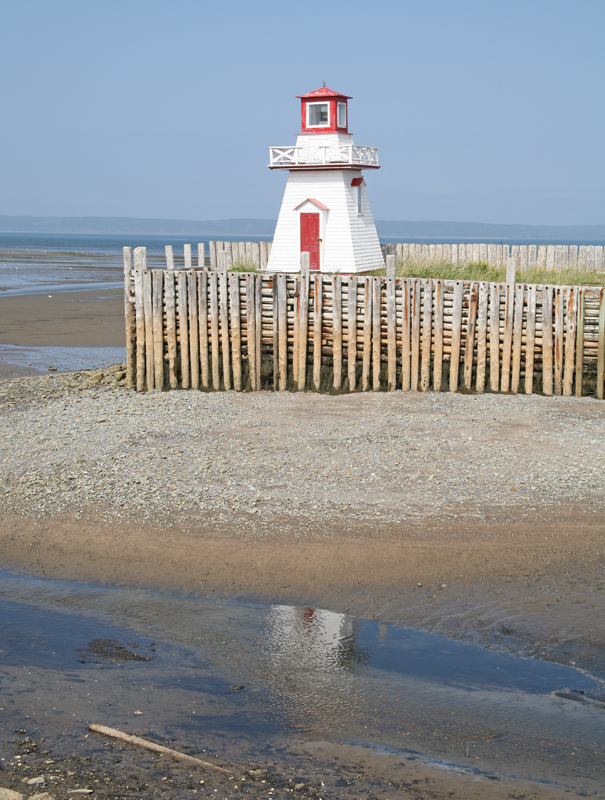 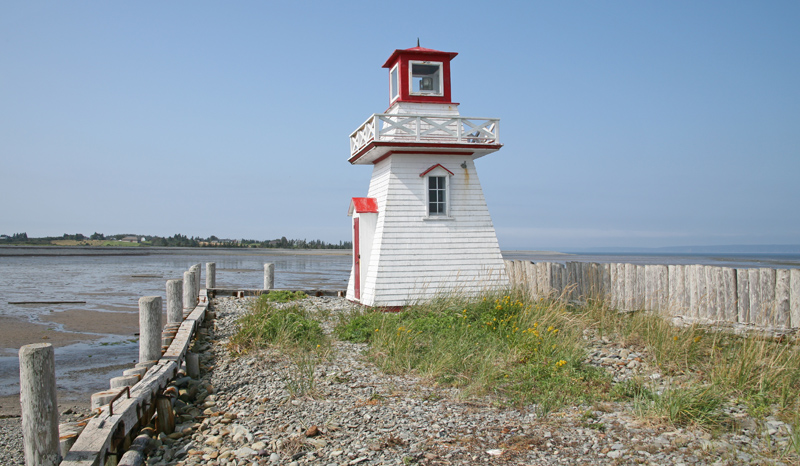 Belliveau Cove, an Acadian community, was established in 1768 and is situated on St. Marys Bay on the west coast of Nova Scotia. Like many of the small coastal port villages in Nova Scotia, Belliveau Cove was known for its wooden ship building and shipping industry. The ships were built on the beach, just north of the wharf, for the Belliveau and Theriault families and other interests. County of Yarmouth, the second largest wooden ship ever constructed in Canada, was built at Belliveau Cove in 1884.

Benjamin Belliveau and his brother Charles formed Ben Belliveau & Co. and operated a sawmill roughly eight kilometres southeast of Belliveau Cove. The lumber from the mill was used to build schooners at Belliveau Cove and was also shipped as cargo from the local wharf. Ben and Charles named their ships after family members: Urbain B., Basile, Rosalie Belliveau, Edithe Belliveau,

In 1889, a white, wooden, pepper-shaker-style lighthouse, which stood 6.7 meters tall and displayed a fixed green light from its red lantern, was built for Belliveau Cove. John H. Belliveau was appointed its first keeper on February 16, 1889 at an annual salary of just $80. Keeper Belliveau looked after the light through at least 1924, at which time his salary had increased to $150.

The lighthouse is located in Belliveau Cove and sits at the end of the wharf that juts out into the harbor. The cove is on St. Marys Bay across which can be seen Digby Neck.

A storm in 1973 toppled Belliveau Cove Lighthouse, whose foundation had deteriorated by then, in the bay. A community group built a replica lighthouse in the 1980s, and it is now maintained as a private navigational aid.

The large tides in the area cause boats moored at the wharf to be on dry land at low tide. There is a 5-km-long walking trail nearby that provides good views of the village, shoreline, and wetlands.

For a larger map of Belliveau Cove Lighthouse, click the lighthouse in the above map.

From Route 1 in the village of Belliveau Cove, turn off the road at Belliveau Cove Wharf where you can walk the pier to the lighthouse.

The lighthouse is owned by the Municipality of L'Anse-des-Belliveau. Grounds open, tower closed.