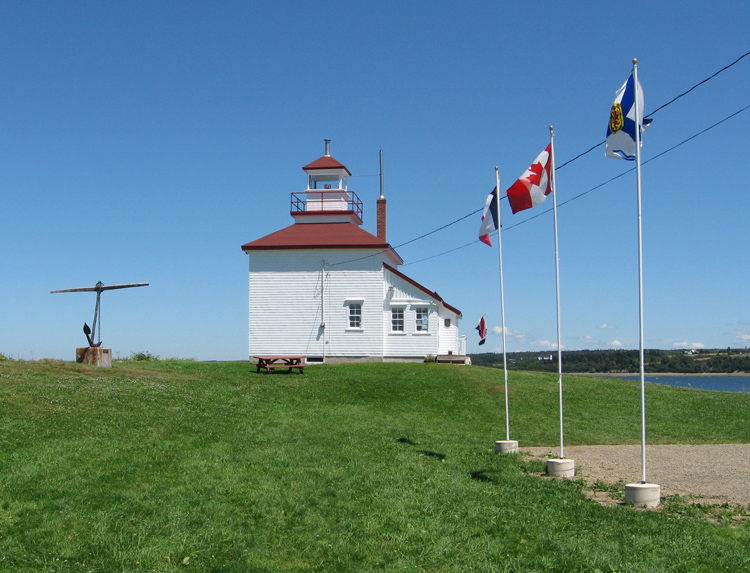 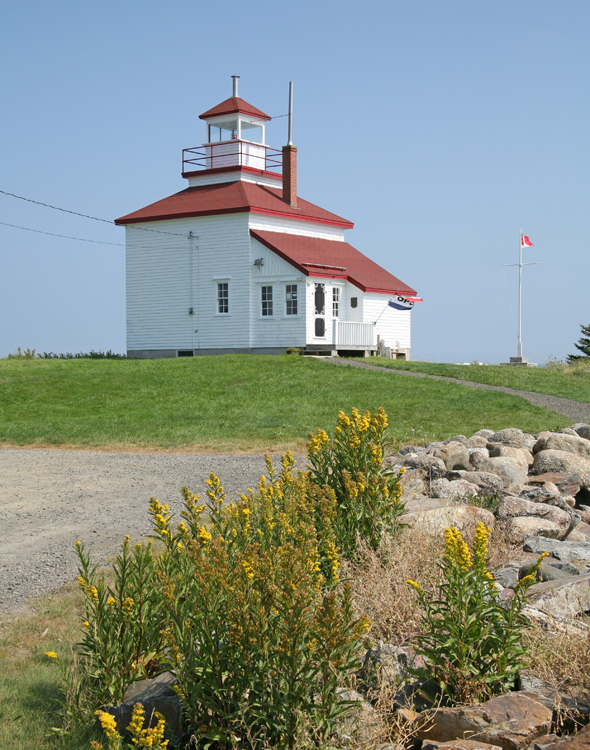 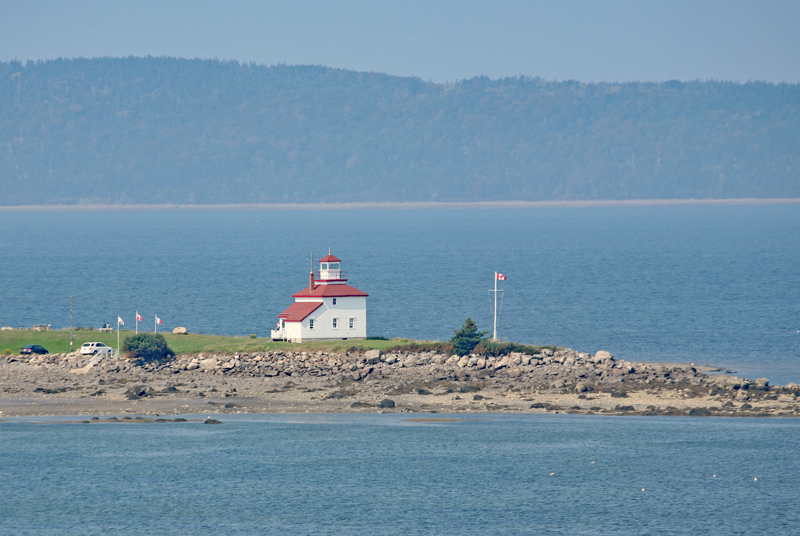 Gilberts Cove is named after Colonel Thomas Gilbert, a celebrated Loyalist pioneer, who was forced to flee Massachusetts after the American Revolution. Gilbert, along with his three sons and their families, settled at Gilberts Cove where they found plenty of cleared land and ample lumber to construct vessels. Gilberts Cove Lighthouse was built to serve the coastal schooners that traveled up and down St. Marys Bay primarily engaged in the lumber trade. The Annual Report of the Department of Marine and Fisheriesof 1904 noted the completion of a lighthouse at Gilberts Cove:

A lighthouse has been erected on the east extremity of Gilbert Point, east side of St. Mary Bay, from which a light was first shown on the 18th of August, 1904.

The building consists of a square wooden dwelling painted white, with a square wooden lantern painted white rising from the middle of the cottage roof. The roofs of both the dwelling and lantern are painted red. The building is 36 feet high from its base to the top of the ventilator on the lantern. It stands 30 feet back from the waters edge, on ground 10 feet above highwater mark.

The light will be a fixed red light, elevated 40 feet above highwater mark, and should be visible seven miles from all points on approach by water. The illuminating apparatus is dioptric of the seventh order.

The building was put up under contract by Mr. John Roney of Granville Ferry, N.S. His contract price was $1,193.

A blueprint of the plans for the lighthouse shows that a cellar and cistern were found in the foundation, a kitchen, pantry, living room, bedroom, and verandah were located on the ground floor, and two bedrooms, a closet, and a light room that led to the lantern room were found on the upper floor. The Digby Weekly Courier reported the building is well built and has every modern convenience with the necessary closets and pantry.

J. William Willie Jane Melanson was appointed the first keeper of Gilberts Cove Lighthouse at an annual salary of $300. He and his wife May moved into the lighthouse with their two-month-old son Percy, and four more children were added to the family over the years. When Willie Jane reached the pensionable age of seventy-five in late 1950, his daughter Louise became the official keeper of the light. After the light was automated in 1965, Louise continued to live in the lighthouse until her death in 1972 at the age of fifty-eight. The light in the lantern room was discontinued in 1975 and replaced by an automated beacon anchored to a concrete base on the point.

Following the death of Louise Melanson, the lighthouse was boarded up, and with no caretaker, it soon started showing signs of vandalism. Thankfully, Ernie Morrisey and other insightful neighbors joined together in 1982 to form the Gilbert Cove and District Historical Society. This group obtained a lease for the lighthouse and repaired and converted it into a tearoom and gift shop that was opened to the public in 1984. A decorative light is shown from a historic Chance Brothers Fresnel lens in the lantern room.

Lighthouses have functions today that the people who built them probably never imagined, said Minister Robert G. Thibault on October 17, 2003 when he announced a $29,317 investment in the lighthouse by the Atlantic Canada Opportunities Agency (ACOA)s Strategic Community Investment Fund (SCIF). They are important pieces of local history and identity, and studies show that they are also key attractions for international tourists. By restoring the Gilbert Cove Lighthouse, this community is investing in its future by preserving its past.

This sizeable donation in 2003 was combined with $21,000 from the Nova Scotia Lighthouse Preservation Society, $2,375 from the Municipality of Digby, and $1,500 from the Gilbert Cove and District Historical Society to construct a protective armor stone wall to protect the site from tidal erosion and to make improvements to the interior of the lighthouse. These improvements helped the lighthouse looks it best for its 100th anniversary in 2004.

Gilberts Cove Lighthouse, which was declared a Provincial Heritage Site in 1990, is in a very picturesque setting, sitting down in a valley with Digby Neck just a kilometer or so across the bay. It makes a great place for having a picnic, strolling the beach, or watching the sun set over Saint Marys Bay.

For a larger map of Gilbert's Cove (Gilbert Point) Lighthouse, click the lighthouse in the above map.

On the western edge of Gilberts Cove, turn off Route 1 (Evangeline Trail) onto the gravel Lighthouse Road and travel 1.2 km (0.8 miles) to the parking area near Gilbert's Cove Lighthouse. Note: If approaching from the Digby area, one gets a great panoramic view of the light and bay as the road descends into Gilbert's Cove.

Gilbert's Cove Lighthouse is open to the public daily from mid-June to late-September. There is a tea room and gift shop inside the lighthouse.