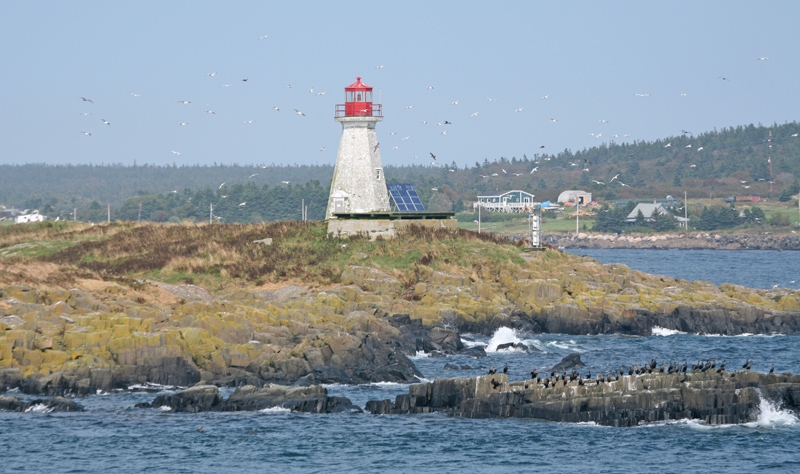 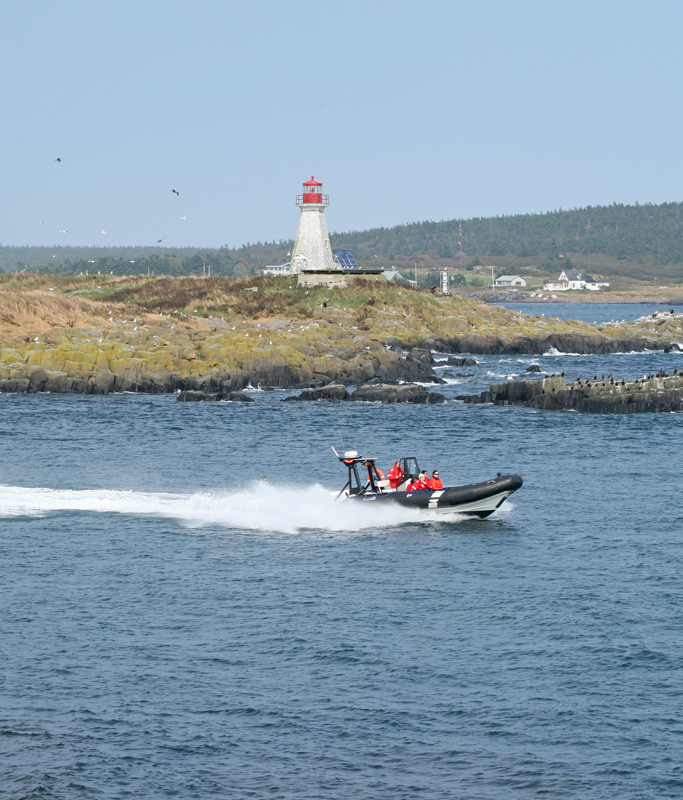 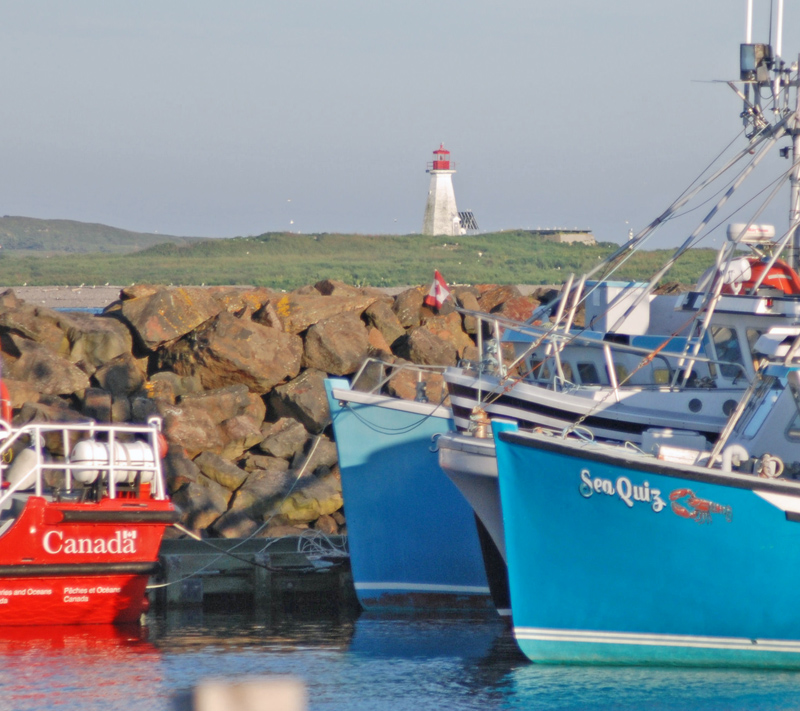 Grand Passage runs between the northern end of Brier Island and the southern end of Long Island, two islands that extend south from the southern end of Digby Neck. Brier Island Lighthouse was completed on the southwest side of Brier Island in 1809 to mark the area, but in 1843 Elisha Payson and other inhabitants of the community of Westport on Brier Island began petitioning the government of Nova Scotia for a lighthouse at the southern entrance to Grand Passage. No precise location was mentioned in the petitions presented in 1843 and 1844, but a petition in 1846 recommended that the light be placed on tiny Peter Island, just offshore from Westport. In 1847, a committee in the House of Assembly of Nova Scotia recommended that New Brunswick be asked to contribute to the construction of a lighthouse on Peter Island as it would aid commerce on the Bay of Funday. The Commissioners of Lighthouses for New Brunswick refused to contribute any funds as they believed that their province had done more to benefit navigation in Nova Scotia than Nova Scotia had done to benefit the navigation of New Brunswick.

The Nova Scotia government allocated two thousand bounds for the construction of five new lighthouses in 1850, and one of these was a lighthouse to mark the south entrance to Grand Passage. John D. Suthern was hired as the first keeper of Peter Island Lighthouse in 1851 and was paid an annual salary of sixty pounds plus a fuel allowance of fifteen pounds.

William Condon, Superintendent of the Board of Works, visited Peter Island Lighthouse in 1857 and made the following report:

Character of light  Two fixed horizontal lights in the windows of the eastern and western roofs. There are two catoptric lamps, with reflectors, in each window. Building a small square one, painted white, and used for lighthouse and dwelling.

Arrived at this place August 11th; landed stores, and inspected establishment. I found everything connected with the light house, lamps, &c, in excellent order, and the dwelling portion of the building in the same good state. This light has the name of being well kept, and everything around it evidences a careful keeper.

The same objections apply to this building as to many others, viz., that of being entirely too small for light house and dwelling. The keeper here is very much cramped for room for his family, and offered to put up an addition to be used as a kitchen, if the cost of materials would be allowed him. The keeper requested me to bring the lowness of his salary to the notice of the board, and hopes they will favorably take his case into consideration.

Keeper Suthern completed the addition to the lighthouse the following year. John D. Suthern died in 1875, and his son Rupert was appointed keeper in his stead.

The 1885 edition of Sailing Directions for the South-East Coast of Nova Scotia and Bay of Fundy notes: Grand passage, between Brier and Long Islands, is narrow and contains several dangers, but the principal difficulty connected with its navigation is the great velocity of the tidal streams through the channel. The guide goes on to describe Peter Island Lighthouse as a square white building 15 feet high, standing on Peter Island at the south entrance of the Grand Passage. From the roof, at an elevation of 40 feet above high water, are exhibited two fixed white lights, placed horizontally, 24 feet apart, which in clear weather should be visible from a distance of 10 miles.

In 1909, W. Brooks of Digby built the present wooden, octagonal tower at a cost of $1,350 to replace the original 1851 lighthouse. A fifth-order, 360° Chance lens was mounted in the lantern room, and the illuminant used in the new lighthouse was petroleum vapor, burned under an incandescent mantle. A unique feature of the octagonal tower, which stands 13.4 metres tall, is the circular gallery deck beneath the lantern room.

Pete Welch served as the final keeper of the Peter Island Lighthouse from 1972 until the station was de-staffed in 1984.

A mariner notified the Coast Guard on December 11, 2014 that Peter Island Lighthouse was not functioning. The Coast Guard soon erected two temporary green navigation lights on the island as mold prevented maintenance crews from accessing the lighthouse. In September 2016, the Coast Guard poured a concrete foundation on Peter Island and then mounted a square, skeletal tower atop it to display a flashing green light.

The Municipality of Digby has been working with the federal government toward the divestiture of Peter Island Lighthouse, but it is a multi-year process. SAIL 2 has meanwhile been very active, holding auctions and bake sales, and selling calendars to raise funds for the lighthouses.

If you travel to Westport to view the lighthouse, look for the cairn on South Point that was erected in honor of Joshua Slocum, the first person to single-handedly sail around the world. Slocum left Boston on April 24, 1895 and stopped for a visit at Brier Island, where he had spent part of his childhood and where his maternal grandfather was keeper of Brier Island Lighthouse, before taking his departure from North America at Sambro Island Lighthouse on July 3, 1895. After more than three years, Slocum landed at Newport, Rhode Island on June 27, 1898, completing his journey that he would later chronicle in his book Sailing Alone Around the World. The ferry that runs between Brier Island and Long Island is named Spray after the sailboat Slocum used for his adventure. Slocum disappeared at sea after setting off for the West Indies in November 1909.

For a larger map of Peter Island Lighthouse, click the lighthouse in the above map.

From the ferry dock at Westport on Brier Island, turn left and travel 2.6 km (1.6 miles) to the end of the road at South Point where you can get a view of Peter Island Lighthouse. Limited parking available.