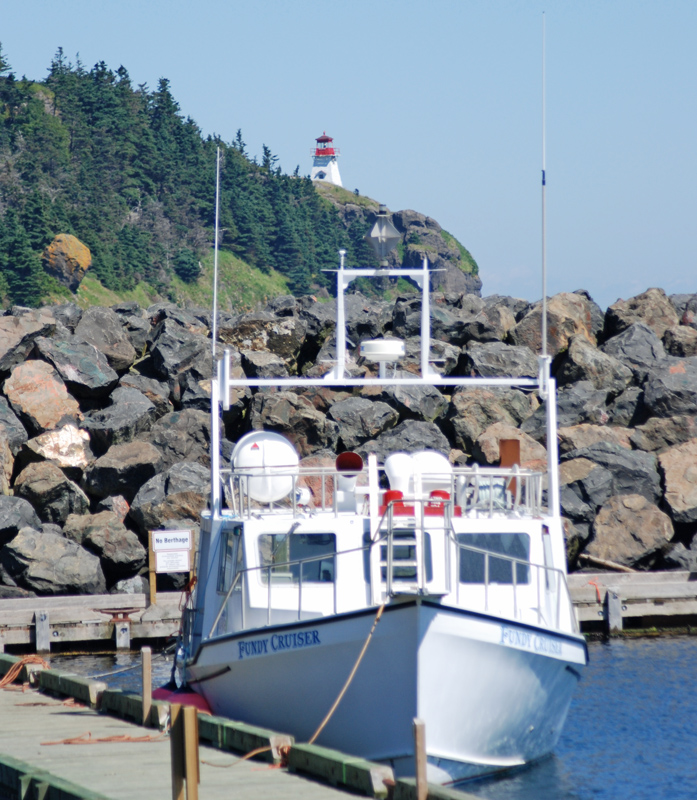 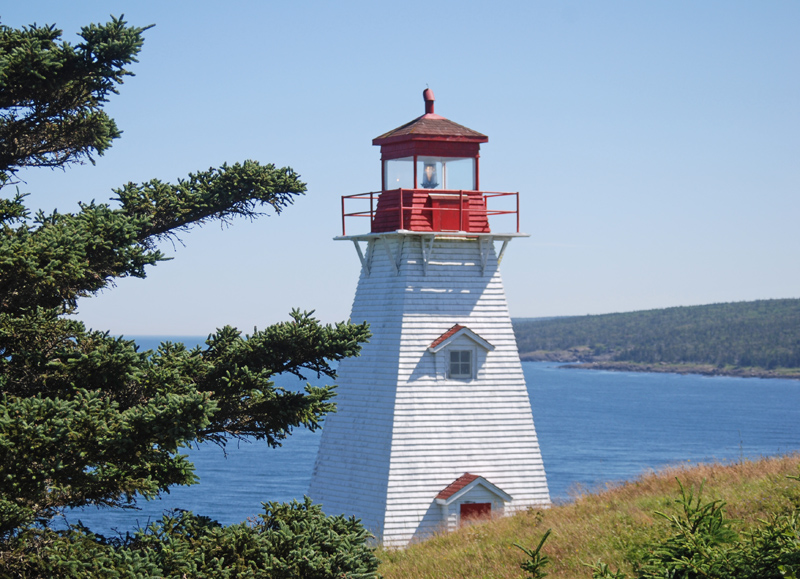 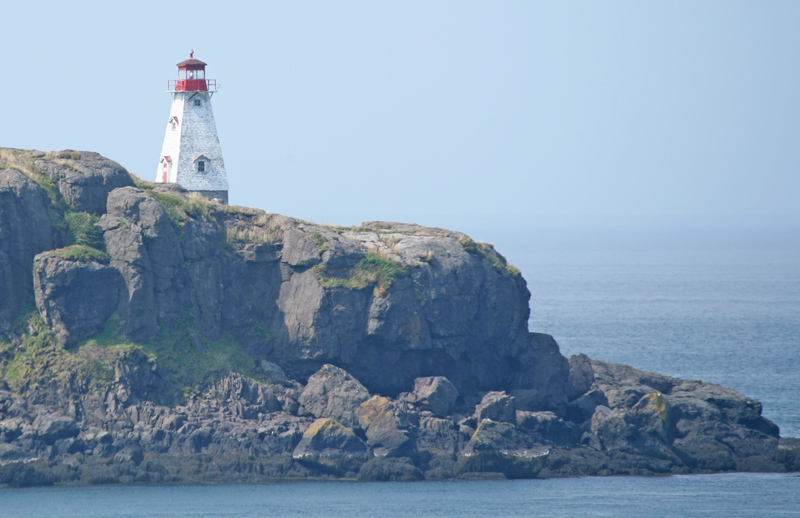 Boars Head Lighthouse sits atop the headland at the northeast end of Long Island where it marks the entrance to Petit Passage. An 1881 edition of Sailing Directions for the South-east Coast of Nova Scotia and Bay of Fundy notes that Petit Passage forms the shortest route between St. John harbour and Cape Forchu (Yarmouth), and is almost entirely free from dangers. The guide also gave the following description of the beacon on Boars Head. The lighthouse is a square wooden building painted white whose light is an alternating light, 70 feet above high water, showing alternate red and white flashes every minuteIn clear weather the light should be visible from a distance of 14 miles.

This first lighthouse on Boars Head was erected in 1863 with Henry M. Ruggles serving as its keeper. In 1893, the following notice appeared in the Saint Croix Courier.

Mrs. RUGGLES wife of H.M. RUGGLES, the light house keeper at Boars head, Digby Co., N.S., died a few days ago under peculiar circumstances. Her husband and two children were sick at the time. A careful examination has convinced the doctors that her death has resulted from lead poisoning. The water used was caught from the roof which was painted white. About two years ago a daughter died it is presumed from the same cause.

The issue with the lead paint must have been resolved as Keeper Ruggles tended the light for an additional eight years until his death in 1901, and then his son, Frank G. Ruggles took over and served for twenty-nine years, until his passing in 1929.

In 1910, a fog alarm, obtained by Digbys enterprising representative in Ottawa, was established on Boars Head. The building was 23 x 23 feet with an ell 12 x 14 feet and contained under the first floor a concrete cistern 7 x 23 feet with a depth of 5 feet, to hold fresh water. The plant on the first floor consisted of two, four-horsepower, gasoline motors and two compressors with tanks that were connected to the diaphone that extended seaward from an upstairs window. Elmer Wyman was assistant keeper at the station when the fog signal was activated.

The current white, wooden, pepper-shaker-style lighthouse that stands 10.7 meters high with a red roof and flashing white light was built in 1957. The foundation of the original light is still visible. Angus Smiley, the stations final keeper, transferred to Machias Seal Island when Boars Head Lighthouse was destaffed in September 1987.

In September 2009, Clean Earth Technologies of Halifax removed contaminated soil around the lighthouse and transported it to its washing facilities for treatment. The excavated area was replaced with clean fill. The $216,000 cleanup was funded by the federal Contaminated Sites Action Plan. Lead paint was formerly used to paint lighthouses, and as it was chipped off the structures it contaminated the surrounding ground. Tiverton and Central Grove Heritage Association expressed interest in purchasing the lighthouse from the Department of Fisheries and Ocean after the cleanup was complete.

Boars Head Lighthouse was designated a heritage lighthouse under the Heritage Lighthouse Protection Act in 2015. This designation prevents the unauthorized alteration of the lighthouse and facilitates its transfer or sale to promote a public purpose. In making the designation, Parks Canada noted:

The Boars Head Lighthouse is closely linked to the development of the Bay of Fundy fishery and the local fishery based in Tiverton, a town located less than one kilometer from Boars Head. Founded by Loyalists in 1787, by the mid 19th century Tiverton had developed into a local centre that serviced the Bay of Fundy fishery and the farming population of Long Island. The opening of the lighthouse in 1864 constituted official recognition of the importance of the fishing communities at Tiverton and along St. Marys Bay.

The Municipality of Digby took ownership of the lighthouse in August 2016, and the Tiverton and Central Grove Historical Association agreed to manage the property. In 2018, the association unveiled a four-foot-tall memorial near the lighthouse that lists the keepers who served at the lighthouse. These people provided a vital service to all the fishermen and others who navigated the waters of Petite Passage since the first lighthouse was erected at Boars Head, said Craig Buckman, chair of the historical association.

One can get an excellent view of the light from across the passage as the road turns to the left down to the East Ferry terminal. Scenic views can also he had from the ferry as it crosses between East Ferry and Tiverton.

For a larger map of Boar's Head Lighthouse, click the lighthouse in the above map.

When leaving the ferry dock in Tiverton, make your first right onto Boars Head Road, the paved road that travels along the hillside, and continue for 0.2 km to a gate. If the gate is not open, you will need to walk up the steep paved road for 1 km (0.6 miles) to reach Boars Head Lighthouse.