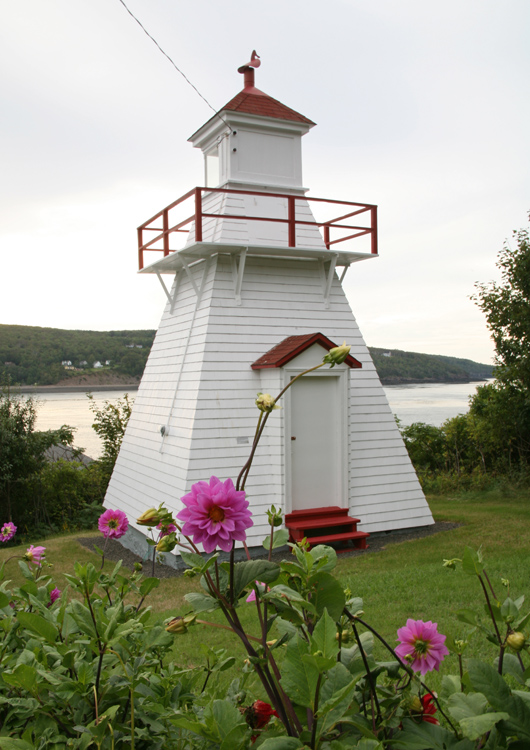 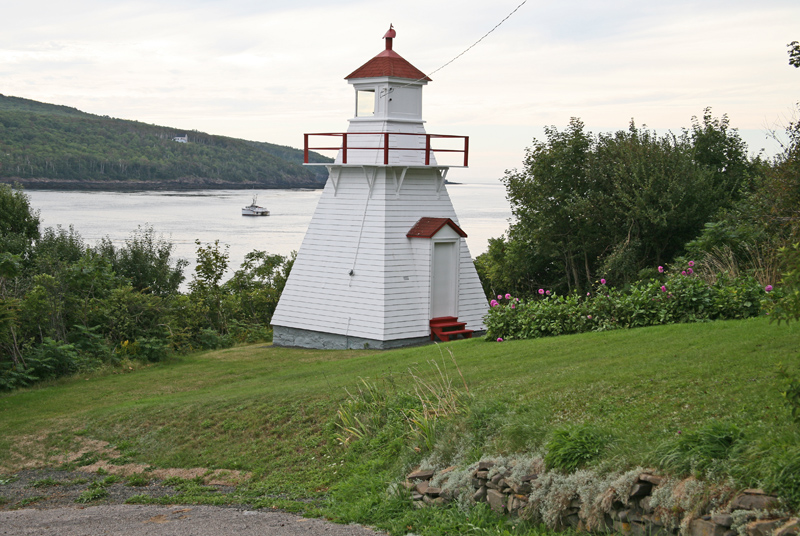 Victoria Beach is a small community situated on the northern side of Digby Gut, the narrow channel that connects Annapolis Basin with the Bay of Fundy. Victoria Beach was the terminus for the short-lived Pony Express in Nova Scotia that operated between February 1849 and the following November, when a telegraphy office was opened in Halifax. Upon the arrival of a steamer in Halifax from England, a rider was dispatched to start the 230 km journey from Halifax to Victoria Beach. From Victoria Beach, the messages were relayed via steamer to Saint John, where the news was telegraphed to New York via Bangor, Maine, and Boston.

Due to the extreme tides on the Bay of Fundy, there can be a brisk current of four to five knots flowing through the Digby Gut around low and high tides, so navigating the passage can be tricky. A lighthouse was established on Prim Point in 1804 to help mariners locate the entrance to the gut from the Bay of Fundy, and nearly a century later a light was added at a narrow point along the gut. The Department of Marine provided the following information on the new Victoria Beach Lighthouse in 1901:

Victoria beach - A lighthouse at this point, on the eastern side of Digby Gut, was put in operation on July 8, 1901, to serve as a guide through the gut, as well as for the benefit of small vessels seeking a landing on the beach. The building is a square wooden tower, with sloping sides, surmounted by a square wooden lantern, the whole painted white. The tower is 28 feet high from base to top of ventilator on lantern. It stands 100 feet back from the waters edge, in an easterly direction, on land 30 feet above high water mark. The light is fixed white, elevated 52 feet above high water, and should be visible 12 miles from all points of approach by water. The illuminating apparatus is dioptric. The work was done under contract by Mr. John Roney, his contract price being $497.

James Hinds was hired as the first keeper of the light at an annual salary of $100. Hinds served until 1912, when S. Haynes took charge of the lighthouse. The lighthouse was deactivated in 2015, just days after it was declared a heritage lighthouse under the Heritage Lighthouse Protection Act of 2008.

For a larger map of Victoria Beach Lighthouse, click the lighthouse in the above map.

Granville Road, the highway to Port Royal, diverts off of Route 1 just east of Annapolis Royal. Follow Granville Road from Route 1 for 23.5 km (14.7 miles), passing through Port Royal to Victoria Beach. Keep to the right at the Y in the road near Victoria Beach, and then 0.3 km past the Y, turn left down a steep hill to reach Victoria Beach Lighthouse. Parking is available past the light at the government wharf. The light can also be seen from the Saint John - Digby Ferry.