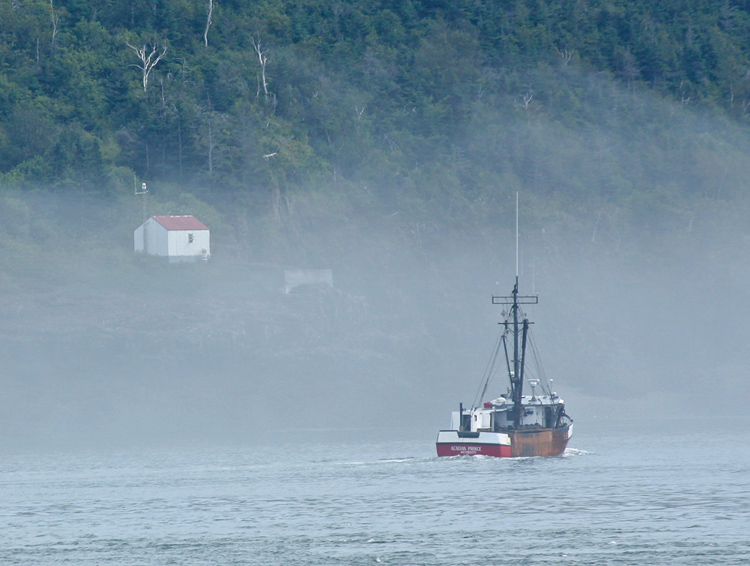 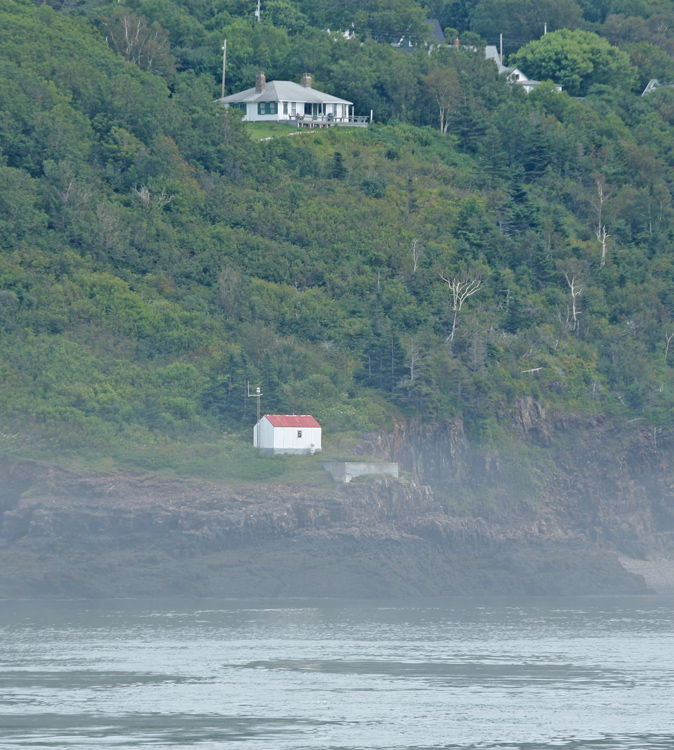 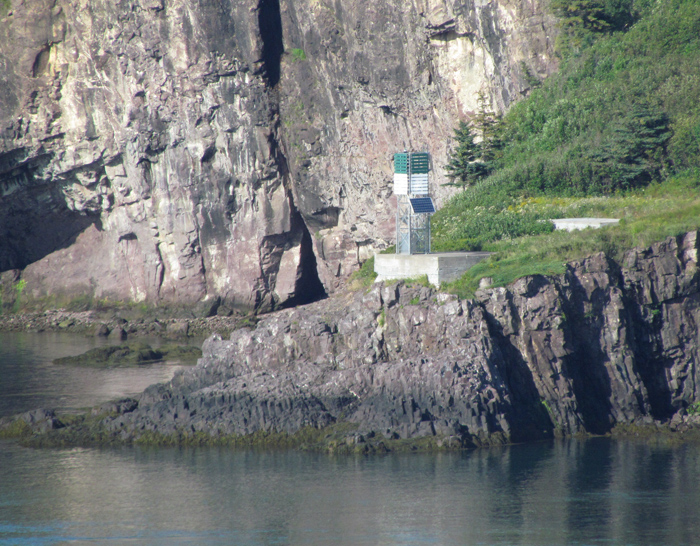 Digby Gut is the narrow outlet that connects Annapolis Basin with the Bay of Fundy. Strong tidal currents, rocky ledges, frequent fogs, and unpredictable winds make navigating the gut problematic. Prim Point Lighthouse was established in 1817 to mark the western side of the entrance to this narrow channel from the Bay of Fundy, and in 1871 a fog alarm was added to assist mariners during periods of fog, which can be a frequent occurrence in late spring and early summer.

In 1915, day labour, under the direction of M.J. Egan built an attractive two-storey house to support a mechanical fog bell on the eastern side of the entrance to Digby Gut at a cost of $1,800. The bell was suspended in a gable on the second storey, directly above the porch for the lower storey. John McGrath was hired to tend the bell for around $185 per year.

A skinnier fog bell house replaced the original bell house at some point, and a light finally joined the bell at Digby Gut in 1963. For many years, the light was displayed from a pole near a white shed with a red roof, and an electronic foghorn was located on the ground near the west side of the shed. A fog detector (videograph) in the shed sent out a beam of light and measured how much light was reflected by the fog to determine if the horn needed to be activated.

In 2014, the Canadian Coast Guard notified mariners that a flashing green light displayed from a skeletal steel tower would replace the fixed white light previously shown and that the fog signal would be discontinued. On September 24, 2014, a crew from the Coast Guards Marine and Civil Infrastructure Division arrived at Prim Point Lighthouse, which was used as a staging area for the project. A Coast Guard Bell 212 helicopter and a 206L helicopter were used to shuttle material and crew members back and forth across the gut during the day. The white shed was dismantled and removed from the site, and a square skeletal tower was mounted on an existing concrete foundation.

For a larger map of Digby Gut Lighthouse, click the lighthouse in the above map.

The light is located 1.2 km beyond Victoria Beach where there is a pathway down a steep bank to the light. The road to the bank is a right-of-way through private property so permission should be sought. The light is visible from the Saint John - Digby Ferry, and the opposite shore.