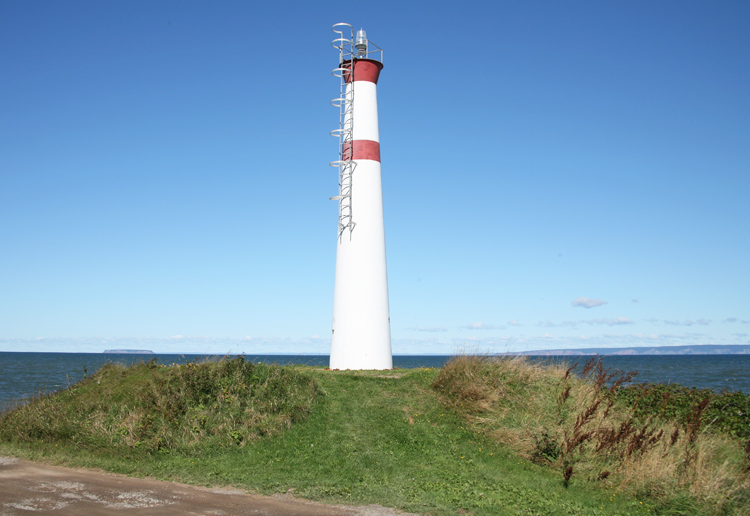 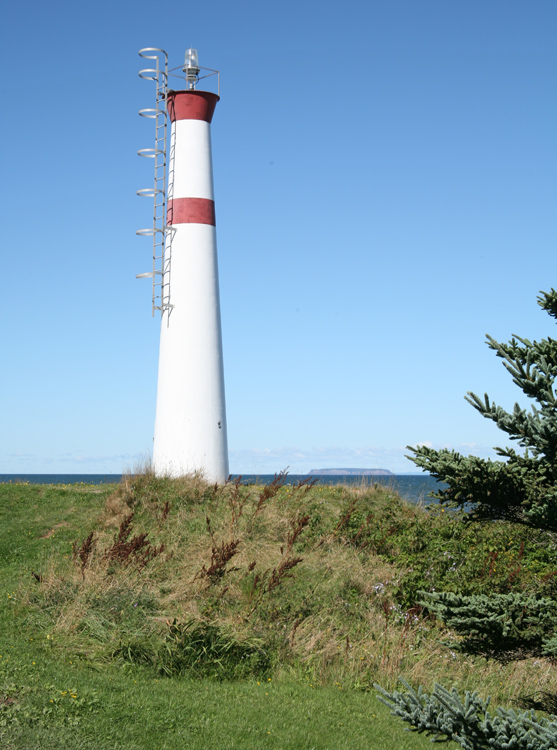 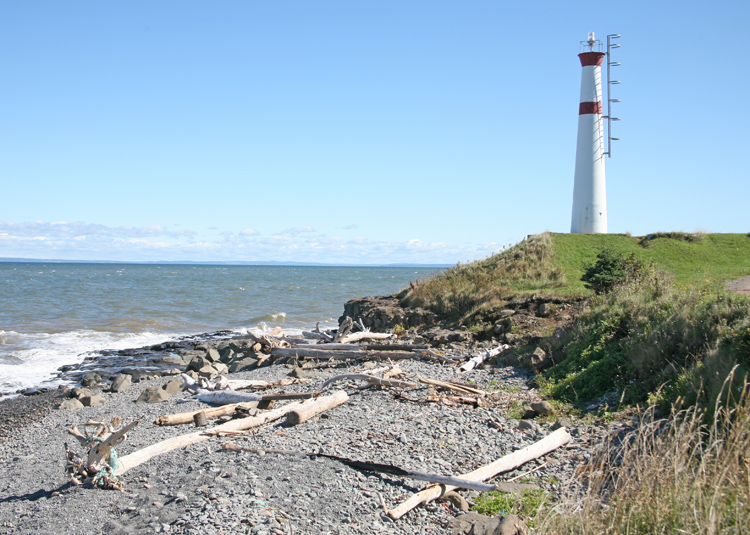 The original Black Rock Lighthouse, built in 1848, was the square wooden building shown that served as both a light tower and keepers home. The light was exhibited from a three-sided bow window on the shoreward side of the buildings pyramidal roof. John Crotty served as the first keeper from 1848 until his retirement at the age of eighty in 1872, when James Robinson was made keeper. A string of three Robinsons then cared for the lighthouse until at least 1930.

The current light, which replaced the original lighthouse in 1967, is a white cylindrical fiberglass tower 10.4 meters tall with two red horizontal bands and a flashing white light. The daymark is opposite that used on the tower at Mitchener Point.

For a larger map of Black Rock Lighthouse, click the lighthouse in the above map.

Take Exit 15 on Highway 101 and head north on Route 360 for 3.7 km (2.3 miles) to Welsford and then turn right onto 221 East and travel a distance of 5.2 km (3.3 miles) to Grafton. In Grafton turn left on Black Rock Road and head north over North Mountain to Canada Creek for 9 km (5.6 miles). Continue past the government wharf where the paved road turns to gravel for the last kilometre to a stop sign. Turn right and stay on this gravel road for 0.4 km (0.3 miles) to Black Rock Lighthouse. There is a circular turnaround just past the light.