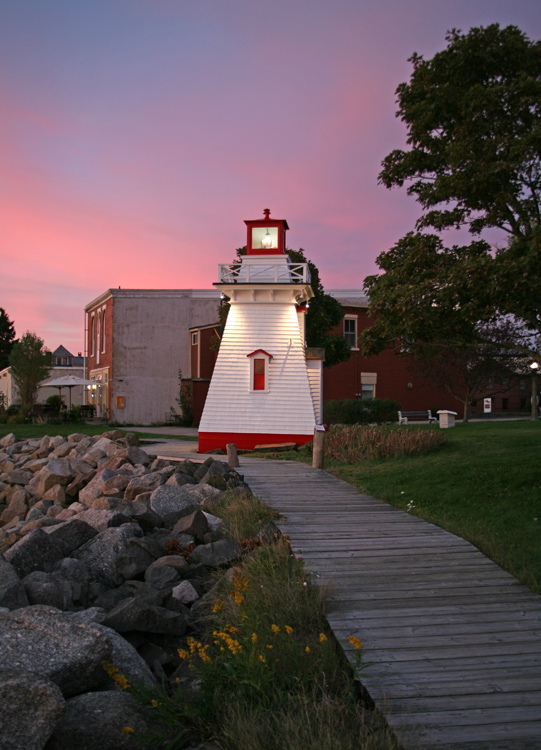 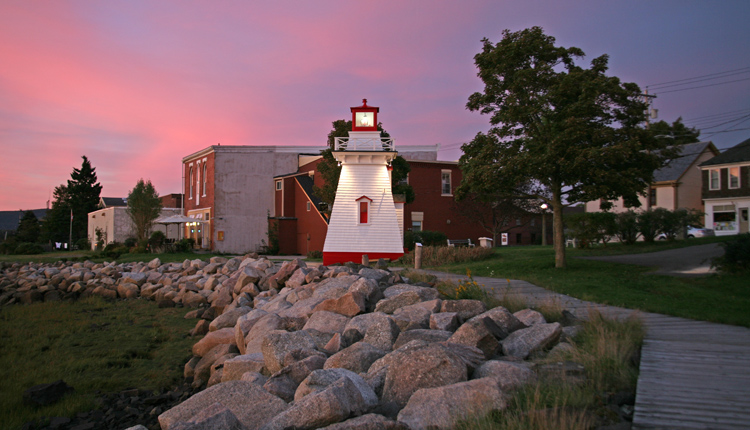 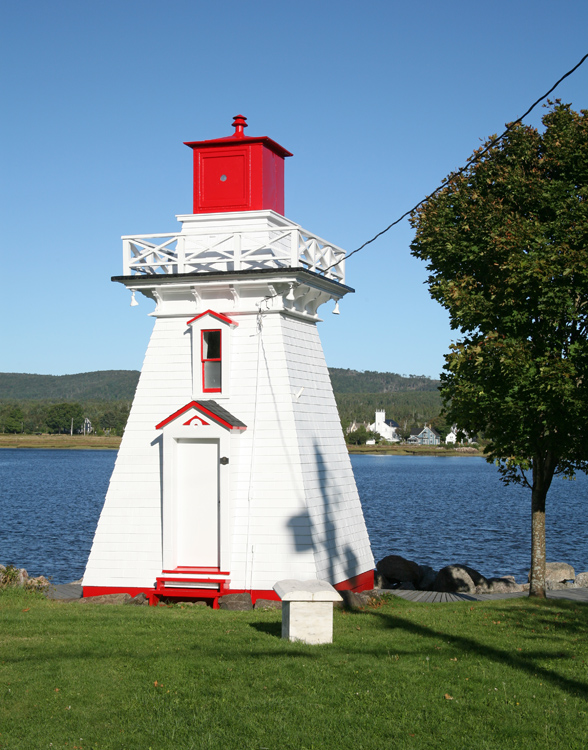 Annapolis Lighthouse marks Annapolis Royal and signals the end of navigable waters for vessels navigating the Annapolis River. The tower was built in 1889 on the waters edge on St. George Street at the site of the old Government House, which burned down in 1833.

The lighthouse is a white wooden pepper-shaker-style tower style standing 8.5 meters tall with a red lantern room and a fixed light. Michael Riordan served as the first keeper of Annapolis Royal Lighthouse. In 1892, Simon Riley took charge of the lighthouse and remained at the post until 1908.

In former days, the Annapolis waterfront was quite busy with the steamer City of Monticello providing passenger service to Saint John, New Brunswick and the Windsor and Annapolis Railway servicing a wharf in the harbour. Annapolis Royal served as the capital of Nova Scotia until Halifax was founded in 1749, which explains why so many heritage buildings exist in the town.

Vessels used to sail farther up the Annapolis River, but this is no longer possible due to the Annapolis Royal Tidal Power Generating Station that was completed in 1984.

For a larger map of Annapolis Lighthouse, click the lighthouse in the above map.

From Highway 101, take Exit 22 and follow Route 8 (St. George St.) north for 6.3 km (3.9 miles) into Annapolis Royal. Annapolis Lighthouse will be on your left just past Fort Anne. Parking is available along the street.