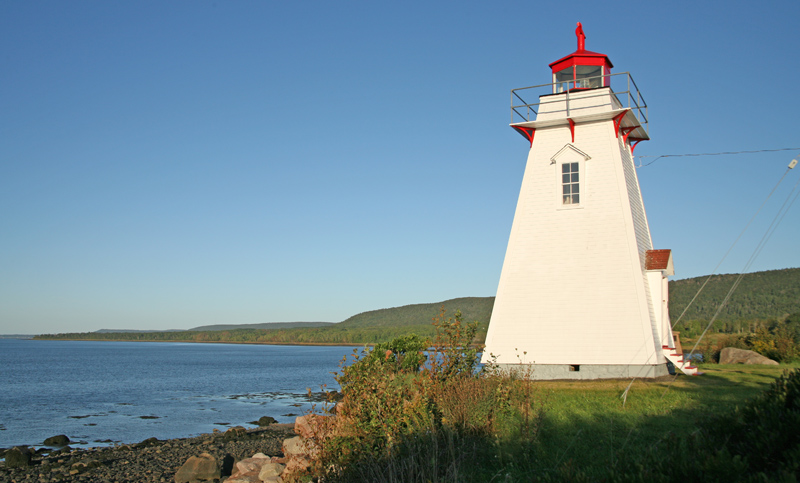 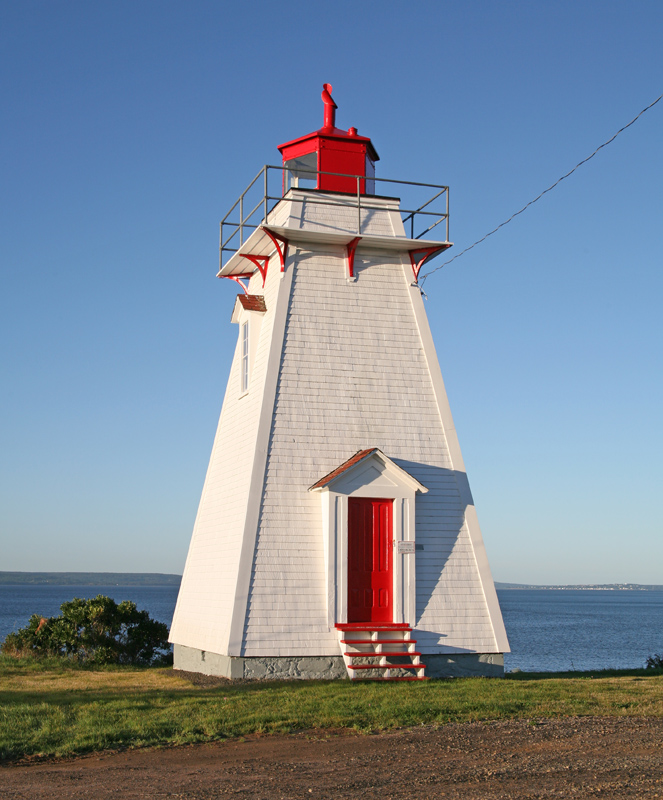 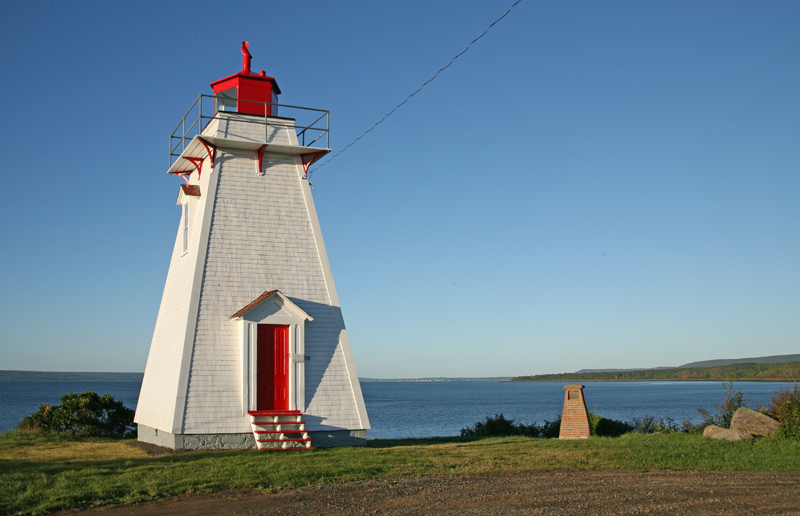 Schafner Point, known early on as Shafner Point, is located on the north shore of the Annapolis River. Just offshore from the point is Goat Island, which divides the river into two channels, a northern channel and a southern channel. The northern channel is the preferred one, as the southern channel has a depth of only four feet at low tide. A five-and-a-half-kilometre-long spit extends in a W.S.W. direction from Goat Island, and a shoal surrounds the island to a distance of roughly 600 metres. To help guide mariners safely past Goat Island, a lighthouse was established on Schafner point in 1885. The following entry is extracted from the Annual Report of the Department of Marine, for 1885, the year Schafner Point Lighthouse was built.

A new lighthouse has been erected on Shafners Point, on the north side of the Annapolis River, in the County of Annapolis, and was put in operation on the 24th September. The work was done by Mr. John Wagstaff, of Annapolis, under contract, for the sum of $900. The light is fixed white, elevated 55 feet above high water, and should be visible 11 miles. The building is a square wooden tower, painted white, and surmounted by an iron lantern, painted red, and measures 43 feet from base to vane. The illuminating apparatus consists of a small size dioptric lens. The light is intended for the guidance of vessels navigating the Annapolis River, and especially to indicate the position of Goat Island Shoals.

Joseph K. Healy was appointed the first keeper of the lighthouse, but twelve years later the appointment was cancelled after an official investigation found that on the occasion of the late Dominion election Mr. Healy was guilty of active and offensive political partizanship [sic]. Jacob V. Roblee was appointed keeper in the place of Healy, but in 1912, Joseph K. Healy replaced Roblee as keeper and served until at least 1923.

Government records contain little information on Schafner Point Lighthouse. A substantial stone retaining wall was built on the face of the embankment in front of the lighthouse in 1887 to protect the site from erosion, and in 1898, the entrance steps were repaired, a new lock fitted to the door, and a new lamp was supplied.

The Annapolis Heritage Society took ownership of the lighthouse from the Department of Fisheries and Oceans in 2015 and started reshingling work in 2019. When the shingles were removed, it was discovered that the wood underneath was rotted and mouldy. The cost to fix the issues with the lighthouse was estimated to be $89,000, and the lighthouse was left naked, without shingles, until funds could be raised. In 2022, a group of concerned community members formed the Port Royal Lighthouse Association and took over ownership of the lighthouse. The tower was re-wrapped to protect it from the elements until restoration work can be done. If you would like to help save the lighthouse, you can make a donation on the Port Royal Lighthouse Association website.

The lighthouse is located just past Port Royal National Historic park, a reconstruction of the first permanent European settlement in Canada, and sits between the road and the shoreline.

For a larger map of Schafner Point Lighthouse, click the lighthouse in the above map.

From Route 1 (Evangeline Trail) at Lower Granville, just east of Annapolis Royal, bear right onto Granville Road that leads to Port Royal. Travel 10 km (6.3 miles), and you will find Schafner Point Lighthouse on your left, just 1 km beyond the historic Port Royal Habitation. There is a small parking area adjacent to the lighthouse.