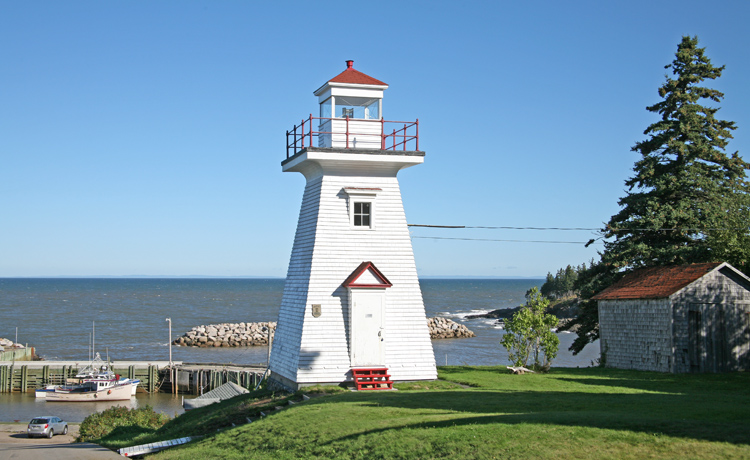 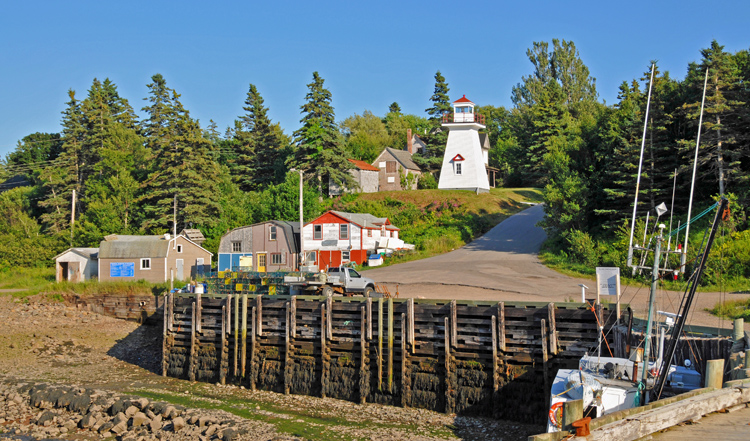 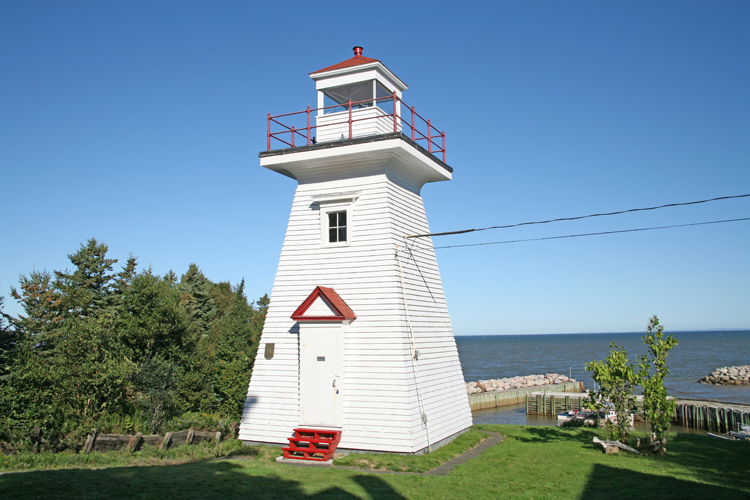 Hampton Lighthouse is a white wooden pepper-shaker tower standing 10.1 meters tall and topped with a red roof. The tower was built in 1911 by Joseph Marshall under a contract to J. F. Titus for $585. An additional sum of $89 was spent for inspection fees and for the purchase of the site from Lloyd Brooks. Herbert Foster was hired as the first keeper of the lighthouse at an annual salary of $180, and he looked after the lighthouse until at least 1923. As no dwelling was associated with the lighthouse, the keepers lived in their own homes in the village.

The original sixth-order lens remains in place atop the lighthouse. A kerosene lamp, which had to be lit at dusk each evening and extinguished at dawn, was the light source until the light was electrified in the 1940s.

The lighthouse overlooks picturesque Chute Cove where, depending on the tide, vessels bob lazily on the water or rest on the gravel bottom. The surrounding evergreens have matured until they virtually obscure the light from the water.

For a larger map of Hampton Lighthouse, click the lighthouse in the above map.

Turn off Highway 101 at Exit 20 and continue west on Route 1 for 1.8 km (1.1 miles) to Church Street in Bridgetown. Turn right onto Church Street, which turns into Hampton Mountain Road, and continue for 9.4 km (5.9 miles) to a stop sign. Turn left onto Shore Road, drive for 0.9 km (0.6 miles), and then make a right turn onto Hampton Wharf Road. You will find Hampton Lighthouse on the right after 0.3 km (0.2 miles). Parking is at the base of the hill adjacent to the wharf.

Hampton Lighthouse and Historical Society opens the lighthouse from 1 p.m. to 4 p.m. on Saturdays and Sundays from July through mid-September.

The lighthouse is owned by Hampton Lighthouse and Historical Society. Grounds/tower open.