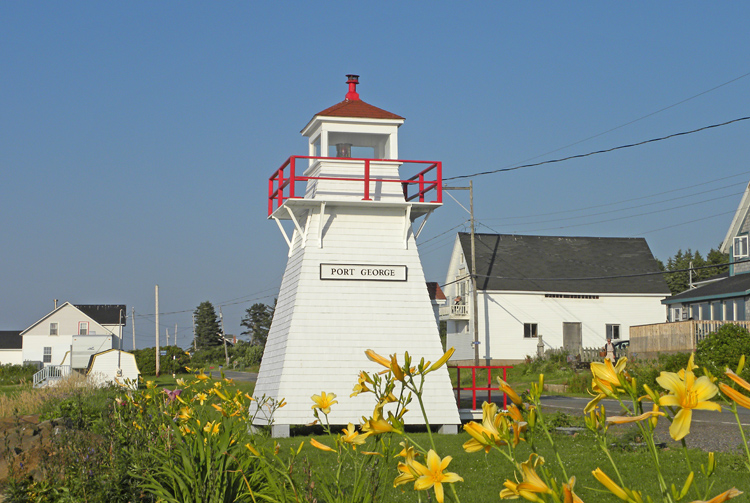 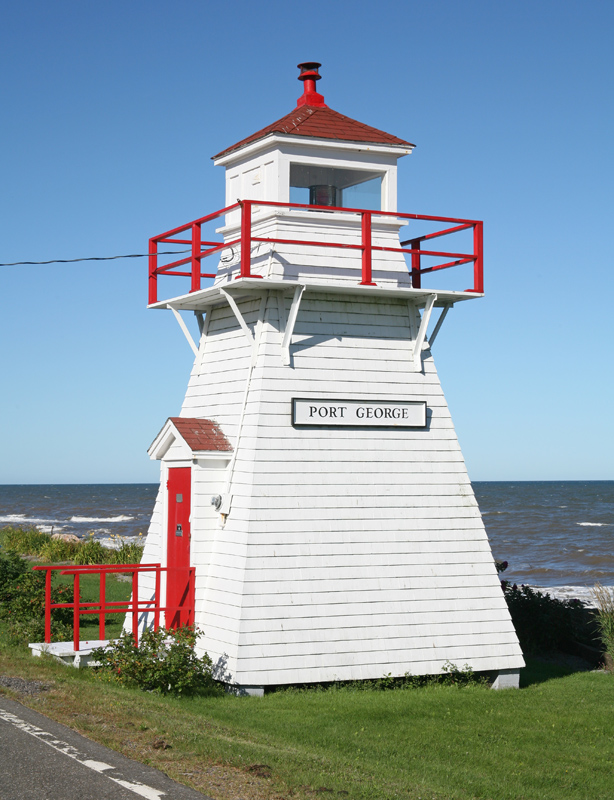 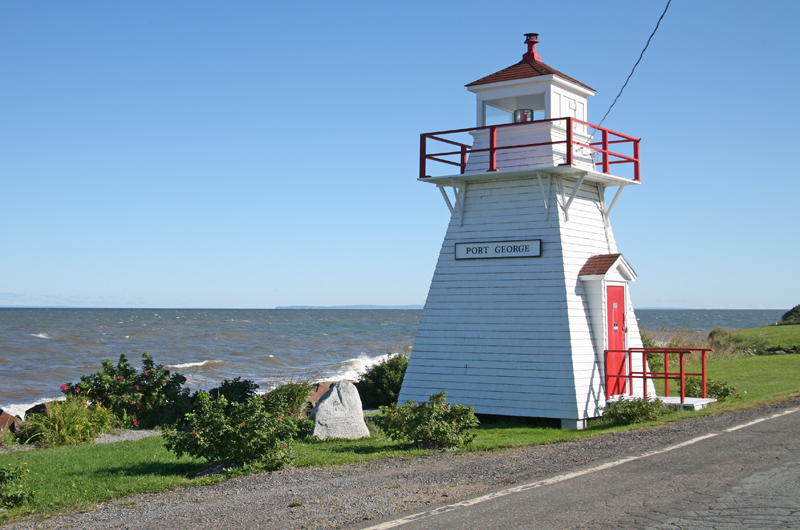 Port George is a small community situated on the Bay of Fundy between Port Lorne and Margaretsville. To create a port for the community, local authorities built a western breakwater and an eastern pier. In 1875, the Department of Public Works spent $7,000 in repairing and refacing the breakwater, which was worm-eaten and much decayed. A severe storm in the autumn of 1888 swept away the outer 165 feet of the breakwater, but a contract was made in the spring of 1890 to re build the lost section. Being on the Bay of Fundy, the port was subject to a wide range of tides that left the harbour dry at low water. Still, much livestock, potatoes, and cordwood were exported from Port George, and shipbuilding took place on the local shore.

In 1888, the Department of Marine announced the completion of a lighthouse at Port George:

A square wooden tower, 21 feet in height from base to top of ventilator, has been erected on the outer end of the eastern pier at Port George, on the southern shore of the Bay of Fundy, in Annapolis County, and was put in operation on the 1st April last.

The light is fixed green, elevated 25 feet above high-water mark, and should be visible from all points of seaward a distance of 4 miles. The illuminating apparatus is catoptric.

After the western breakwater was heavily damaged in the fall of 1888, mariners were notified that the lighthouse had been removed from the east pier, placed on shore, and temporarily discontinued. When repairs were completed, the lighthouse was returned to its place on the east pier.

The first keeper of the lighthouse was John McAndrew, who earned an annual salary of $100. George Foster replaced McAndrew as keeper in 1897, and John C. Anderson was appointed keeper in 1912.

In 1909, the fixed green light displayed from the tower was improved by the substitution of a sixth-order Fresnel lens for the catoptric illuminating apparatus previously used. The color of the light was changed from green to red in 1915, and in 1925, the lighthouse was raised to overcome obstruction of the light. In 1931, the lighthouse was removed from the east pier and placed on shore. Today, there is little evidence that a port once existed at Port George.

The Port George District Lighthouse Society was formed in 1997 to initiated the process of acquiring the lighthouse, which had been declared surplus to the needs of the Department of Fisheries and Oceans. Ownership of the tower was transferred to the society on May 3, 2002.

Local residents donate their time to mow the grass around the lighthouse during the summer, and paint the tower every few years. In 2016, Craig Parsons of Middle Construction repaired the roof of the lighthouse for free.

People are just drawn to it. Theres just something about a lighthouse, said John MacDonald, president of the lighthouse committee in 2016. If youre not from Nova Scotia, not from the Maritimes, one of the things visitors want to see are really cool, old lighthouses  and Port George is an ideal one. You dont see those old, ancient lighthouses everywhere now.

The lighthouse is a tangible link to the communitys past. When you open the door, after its been closed for a few days, you can still smell the faint scent of kerosene, MacDonald noted. The smell is still there from when it was used.

For a larger map of Port George Lighthouse, click the lighthouse in the above map.

From Highway 101 take Exit 18 and head north for 0.1 km before turning right onto Junction Road. Follow Junction Road for 3.0 km (1.9 miles), and then turn left onto Gate Mountain Road. After 4.6 km (2.9 miles), you will arrive at Moshers Corner, where you need to turn left onto Shore Road and continue west along the shoreline for 3.3 km (2.1 miles). Port George Lighthouse will be on the right in Port George where limited parking is available.