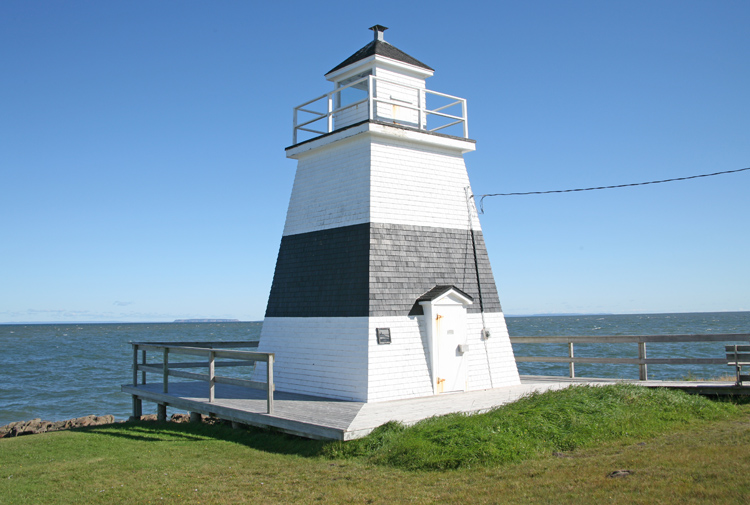 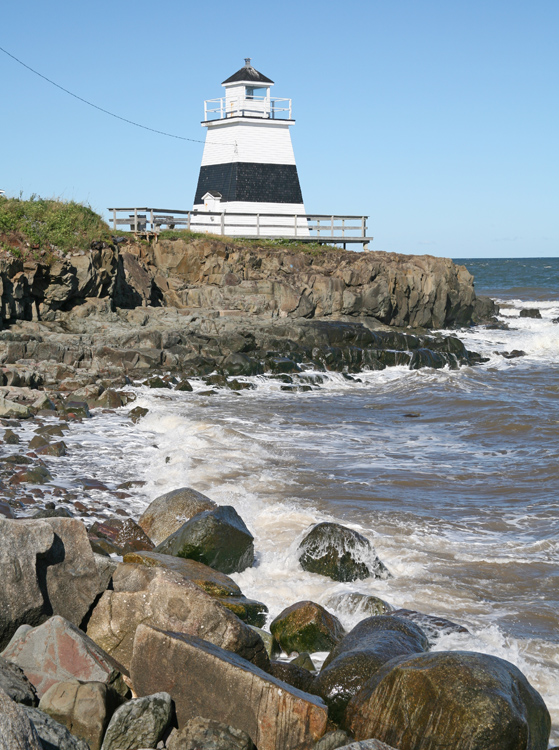 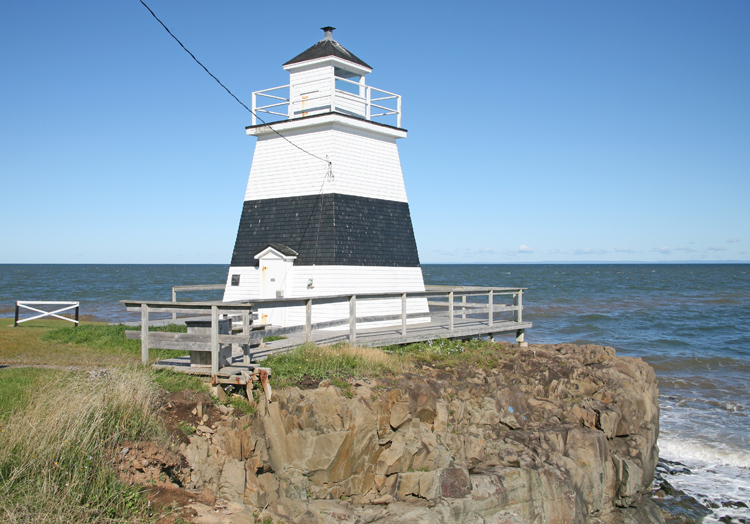 In 1856, residents of Margaretsville, which was known then as Margaretville, began petitioning for a lighthouse to mark the local pier. The Committee on Navigation Securities recommended that a beacon light, without a building, be established on the pier at Margaretsville. William Condon, Superintendent of the Board of Works, visited Margaretsville in 1858 to make arrangements for the establishment of the pole light on the pier, but when he found that the proposed plan was universally dissatisfactory to those interested in the navigation of the Bay, he decided not to proceed it.

After Sir Brenton Halliburton offered to provide the needed land at no cost, a formal lighthouse was constructed at Margaretsville in 1859. The lighthouse, a square wooden tower with sloping sides, was built in the common pepper-shaker style and featured a wide black horizontal stripe early on. The black stripe is the only daymark of this colour in all of Nova Scotia. At the time, Margaretsville was an important transportation hub, being connected to Saint John by steamship and to various parts of Nova Scotia by rail.

When first established, the lighthouse exhibited two lights. At a distance of about eight kilometres, vessels would see a fixed white light, and then, on nearer approach, a red light. Mariners soon complained that when sailing up the Bay of Fundy they were unable to discern the light at Margaretsville until nearly abreast of it, and with a fair wind and a flood tide, they were often carried past the pier before they could take their sails in. To correct this problem, the light was transferred in 1864 from a window on the side of the tower to a new twelve-sided, iron lantern room atop the tower. The window on the side of the tower was then closed up. Masters of vessels soon reported that the alteration gave every satisfaction.

William Early supervised construction of the lighthouse and then served as its first keeper from 1859 to 1887. William lived in a residence about one kilometer from the tower, which was troublesome during foul weather. After Williams son John took over as keeper in 1887, quarters were established on the second floor for the convenience of the keeper. John Early continued as keeper until his death in 1907, after which his wife Ruth took over responsibility of the light for another three years.

In 1915, a fourth-order lens, with a single lamp, replaced the array of lamps and reflectors that were formerly used in the lantern room. The characteristic of the light was also changed at this time from fixed red to occulting white with the following pattern every twenty seconds: ten seconds of light, three-second eclipse, four seconds of light, three-seconds eclipse.

Gordon Aldred was the final keeper of the light, serving from 1956 to 1963, when electricity replaced the oil lamp and the light was automated.

There is little activity at the wharf in Margaretsville these days, but the Coast Guard still maintains the light to help fishing vessels and recreational boaters. The 150th anniversary of the lighthouse was celebrated on October 24, 2009 with a harvest supper, displays of memorabilia, and an anniversary cake-cutting ceremony.

The Friends of the Margaretsville Lighthouse Society was formed in 2013 to gain ownership of the lighthouse for the community. The society entered the lighthouse in This Lighthouse Matters, a crowdfunding competition sponsored by National Trust for Canada and the Nova Scotia Lighthouse Preservation Society in 2015. Twenty-six lighthouses in Nova Scotia competed for online votes in three different categories: High Tide, Ebb Tide, and Low Tide. The top three vote-getters in each category were given monetary awards that totaled $250,000. Margaretsville Lighthouse did not end up in the top three in its category, but it did earn $1,780 in the fundraising portion of the competition, where every donation to those lighthouses that didnt win a cash prize was matched, dollar-for-dollar.

The society has submitted a business plan as part of their application for the lighthouse, and in 2018, they obtained a lease on the lighthouse from the Department of Fisheries and Oceans.

For a larger map of Margaretsville Lighthouse, click the lighthouse in the above map.

The lighthouse is owned by the Canadian Coast Guard but leased to The Friends of Margaretsville Lighthouse Society. Grounds open, tower open during summer.