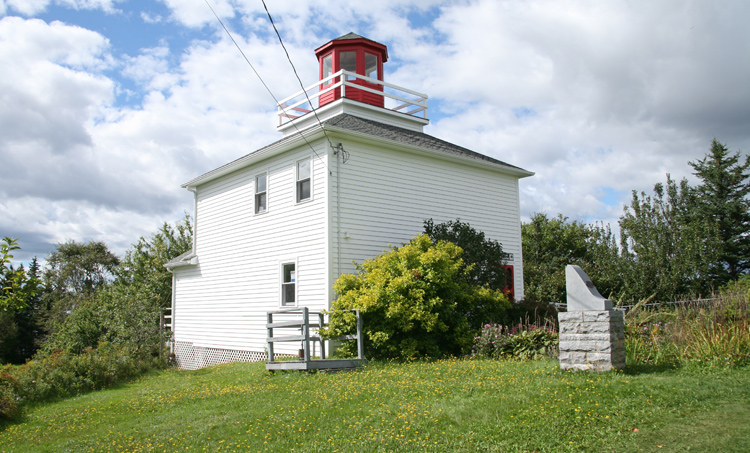 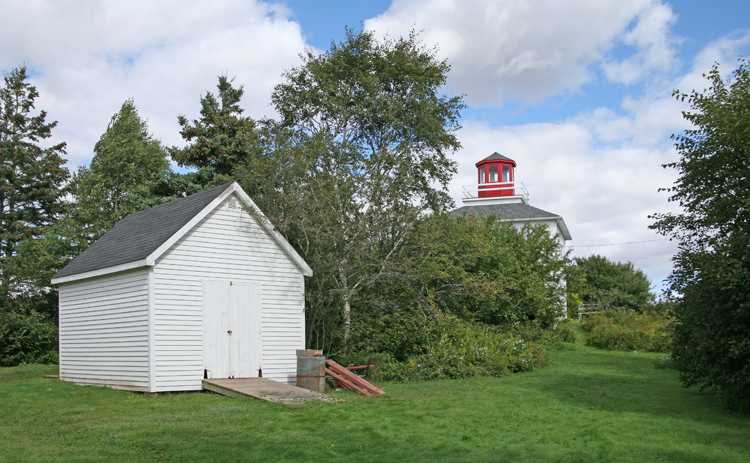 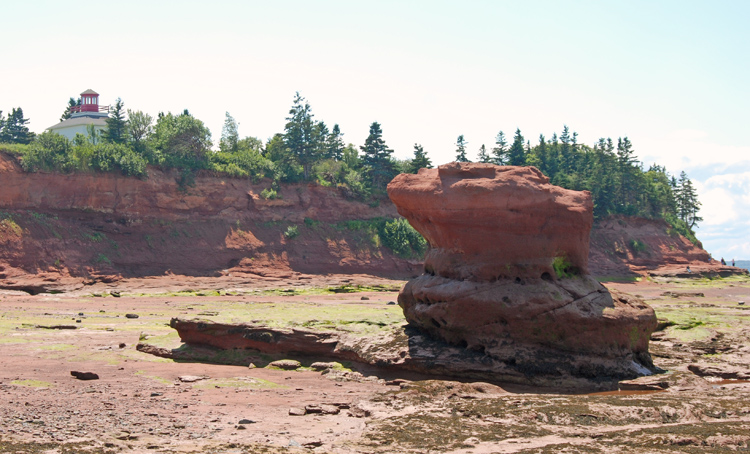 A petition signed by shipmasters and a number of other persons was laid before the lighthouse committee of the House of Assembly of Nova Scotia in 1854 calling for a lighthouse on Burntcoat Head. The petition noted that there was no light in Minas Basin east of the one at Parrsboro, which left a distance of nearly eighty kilometres dark for mariners. With rapid tides and several rocky shoals in the basin, navigation was tricky. The committee agreed that a light on Burntcoat Head was exceedingly desirable, but was unable to recommend the allocation of funds for it due to the number of other lighthouses that had to be built first. In 1858, the lighthouse committee concluded that it was at last time for a lighthouse on Burntcoat Head. Deciding which headland was the intended on and then securing title to the land took some time, but work on the lighthouse finally started in 1859. A Mr. Carter built the lighthouse at cost of £540, and after it was placed in operation in October 1859, William Condon, the Superintendent of Lighthouses, declared: The contractor has done every justice to the work, and I think I will hazard very little in saying that this light-house is the best in the province. Nathan Smith was employed as the first keeper of Burntcoat Harbor Lighthouse, which consisted of a square, wooden tower, fifty feet tall, attached to a wooden keepers dwelling.

Due to erosion caused by what are considered the highest tides in the world fluctuating up to 16.6 meters, the lighthouse eventually ended up on an eroded piece of land that could only be accessed by climbing up a bank with a ladder. In 1913, the original lighthouse was torn down and replaced by a new square, wooden dwelling, surmounted by an iron lantern, built 152 meters to the east.

William Faulkner became keeper of Burntcoat Head Lighthouse on August 1, 1874, replacing the lights first keeper, Nathan Smith who retired and had been assisted in the last years of his service by his son John S. Smith. When the agent for the Department of Marine visited the lighthouse in 1877, he noted that there were five acres of good land at that station where crops of wheat, corn, potatoes, vegetables, and hay were being grown. Farming had apparently become a distraction for Keeper Faulkner as the agent reported, The lamps are not as well looked after as they should be, the chief interest of the keeper seeming to be in the crops. William Faulkner managed to keep his job as keeper, and six different Faulkners would go on to serve at the lighthouse, with the final one being Ervin Faulkner.

William B. Faulkner was keeper of the lighthouse on October 6, 1931, when at 3:30 a.m. he heard the loud roar of a plane followed by an explosion in the bay. Shortly after the crash, he could hear screams, so he made his way to Noel wharf, located roughly five kilometres east of the lighthouse. A schooner was at the wharf, but due to the tide, it couldnt be launched to attempt a rescue for over an hour. Hours of searching turned up no sign of the occupants of the plane. A week later, a passing tugboat found the body of a pilot. It was finally learned that the plane was a German mail plane and its crew was trying to set a record for delivering mail from Europe to New York. Keeper Faulkner felt that if he had had a boat ready, he might have been able to save the crew of the plane.

The Department of Transport burned down the 1913 Burntcoat Lighthouse in 1972 and replaced it with a light atop a twenty-two-foot-tall pole. This light was discontinued a few years later.

Many citizens of Burntcoat Head wanted to see their lighthouse rebuilt, and in 1992, East Hants Tourism Association submitted a proposal to Central Nova Tourism Association to develop the Fundy Shore for Ecotourism. In 1993, ownership of a parcel on Burntcoat Head was transferred from the Queen to the Municipality of East Hants, and the following year, the Cooperation Agreement for Tourism Development provided $37,000 for the project. Plans for the 1913 lighthouse were obtained in July 1994, and by the end of the year a replica Burntcoat Head Lighthouse was built. A grand opening for the lighthouse was held on Canada Day in 1995.

The lighthouse has information on Burntcoat Head Lighthouse, Fundy tides, and local history, and a great view of the Bay of Fundy is possible from the lantern room.

Today the lighthouse and grounds are part of Burntcoat Head Park, which is open to the public. At low tide one can walk onto the mud flats for a spectacular view which is well worth the price of getting ones shoes and pants muddy.

For a larger map of Burntcoat Head Lighthouse, click the lighthouse in the above map.

The lighthouse is owned by the Municipality of East Hants. Grounds open, tower open in season.