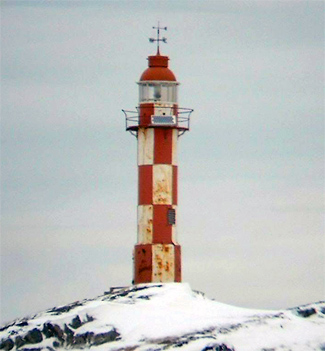 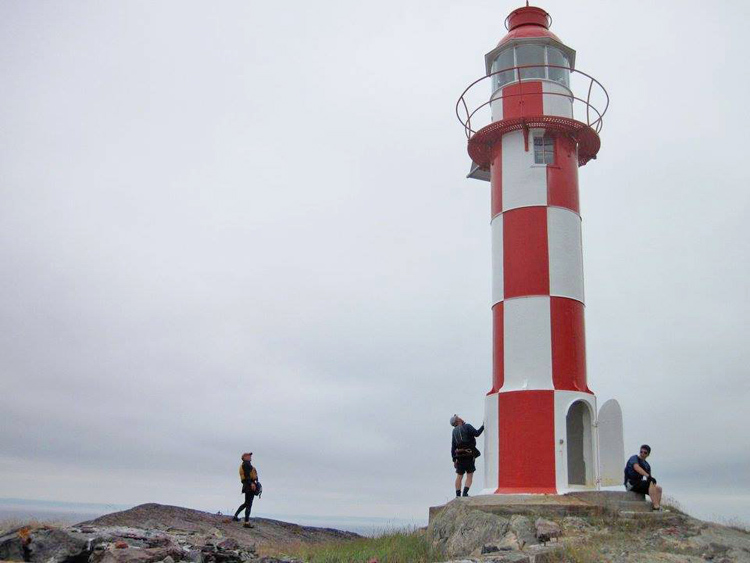 Random Island fits neatly into the northwest shore of Trinity Bay, separated from the adjacent mainland by Smith Sound on the north and the Northwest Arm of Random Sound on the south and west. Only vessels with a shallow draft can circumnavigate the island, due to a shoal known as Random Bar that extends from the islands northwest tip. The Hefferton Causeway was built atop the bar in 1952, linking the island to Clarenville.

When the causeway was completed in 1952, many island residents commuted to Clarenville for employment as the roadway system on the island became more developed. In the 1960s, it was decided that a road would not be extended to Deer Harbour and Thoroughfare, and these eastern shore communities were resettled, mainly to Clarenville.

In 1893, a site was selected for a lighthouse at Hearts Content on the southern shore of Trinity Bay, and later that year a road to the site had been constructed and a cast-iron tower, manufactured by the Victoria Works in St. Johns, delivered to the site. Work on erecting the tower had begun in 1894 when an executive decree ordered that the tower and materials be transferred to the largest of the Motion Islands, just off Random Head, the southeast tip of Random Island. The tower and keepers dwelling were erected there in 1894, but the light could not be put into operation until early 1895 due to the delay in receiving the optical apparatus.

The circular iron tower stood 10.4 metres tall and was painted in a unique red and white checkerboard pattern. The dwelling, located 3.7 metres north of the tower, was painted white and had a red roof. A sixth-order lens mounted in the lantern room displayed an occulting white light at a focal plane of 38.4 metres. The heat from the light was used to revolve a screen fifteen times per minute around the lamp to produce alternating two-second periods of light and darkness.

A concrete water tank was built into the basement of the dwelling, and after one year it was enlarged to hold a supply sufficient for several weeks. Motion Island is shaped like a wedge, and the tower was built near the islands summit. A landing was constructed on the western side of the island, and a 100-metre-long tramway was built to haul supplies up to the station. A new porch was added to the dwelling in 1917, and a covered way was also constructed that year to link the tower and dwelling.

Thomas H. Cooper received a letter on April 15, 1895, notifying him of his appointment as keeper of Random Head Lighthouse and clearly spelling out his duties.

The lamp is to be lighted shortly before sunset, turned up gradually and carefully watched until the flame is as large as possible without smoke. The light is to be extinguished at daylight. You will have to do the painting and generally keep the station clean and in as good order as possible doing any work you may be directed to do.

Keeper Cooper received an annual salary of four hundred dollars, paid quarterly, and was given an additional one hundred and sixty dollars for hiring an assistant of his choice. Thomas Cooper and Roxana Stowe, his second wife, relocated their family from Inglewood Forest to Random Head Lighthouse, which the family called The Motion. Georgianna Cooper was ten at the time of the move and would later become an artist and writer of some note.

When Keeper Cooper passed away in 1905, George Havlock Cooper, Thomas Coopers son by his first wife, took over as keeper and moved his wife Fanny and his five children Sadie, Samuel Robert, Fanny, Thomas Henry (named for his grandfather) and Rosa from Inglewood Forest to The Motion. Interestingly, Georges wife Fanny was sister to Roxana Stowe, his fathers second wife.

The Coopers relied on a supply ship to deliver fuel, canned goods, and barrels of food to the station twice each year, but they also enhanced their diet by cultivating a small garden, raising sheep, and fishing off the island.

With a bit of determination and courage, the Cooper family was able to reach Random Island using a network of vertical and horizontal wooden ladders. The first vertical ladder was used to get to the top of Wedge Rock from Motion Island. After traversing Wedge Rock, one would then cross a horizontal ladder, holding on to rope handrails, to reach the base of Random Head. From there, a series of ladders wound about halfway up the headland to a trail that was used to reach the summit. Though it required a two-hour journey, the family attended church in Deer Harbor when possible.

In 1931, the fuel source for the light was changed to acetylene, and it no longer had to be lit and extinguished each day. When Fanny passed away at the lighthouse in July of 1932, the two eldest Cooper children had already left the island: Sadie was working at Holloway Studio in St. Johns and Samuel Robert had entered the ministry. Not long thereafter, the rest of the family relocated to Clarenville. George retired from the service at that time, but his son, Thomas Henry, served as caretaker of the island light until 1952. John Watton looked after the light through the 1960s, when it was converted to battery power. The tower was classified a Recognized Federal Heritage Building in 1990.

The following is an excerpt from The Lighthouse at Random Head, written by Reverend Samuel Robert Cooper.

No more do fishers land for cups of tea,
No more do lonely folk look out to sea
And hope a boat with friendly folk will land,
And bring home some news and warmly shake a hand.
No more do young folk climb the rigged head
And bring back gallon cans of berries red;
Or perhaps, some partridge, or maybe a duck
If they were hunting and had any luck.
No more nets spread on the grassy slope;
No more nets put out in keenest hope
Of the first salmon in the early spring
Or lobsters, that the first pots out may bring.
I wonder if the old tower weeps
For company gone that no more runs or creeps
Up flights of steps, the light room to attain
For long look round and then descend again.
So let it be, time ever marches on
Progress  or lack of it  we but can con.
For all the pleasant and happy days
Were thankful, and for such we render praise.

For a larger map of Random Head Lighthouse, click the lighthouse in the above map.

Random Head Lighthouse is best seen by boat or from the air. You can view it from the southeast end of Random Island, but this requires a hike of over 14 km (9 miles).