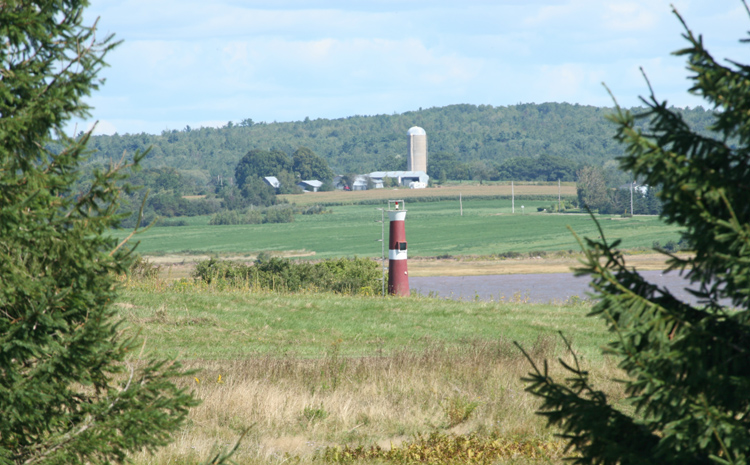 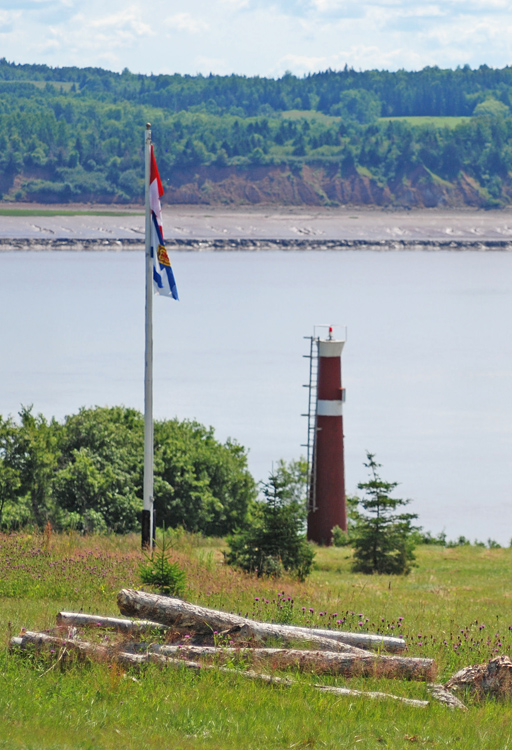 Avon River meanders sixty-four kilometres through productive farmland before emptying into Minas Basin. In the 1770s, farmers in Hants County discovered gypsum deposits on their land, and soon mines were opened to exploit this bountiful resource. By 1818, 50,000 tons of gypsum were being shipped each year, primarily from the area around Windsor, Falmouth, and Hantsport  communities along Avon River. Gypsum was initially used in fertilizer and as a paint filler, but in the 1900s, it became an important ingredient in plaster, stucco, cement, and wallboard as well.

A lighthouse was built atop Horton Bluff in 1851 to guide mariners to the mouth of Avon River, but additional aids were needed in the river itself. In January 1908, a contract for $2,050 was awarded to Lawrence Mury of West Arichat to construct a lighthouse tower on the marshes south of Mitchener Point, where Kennetcook River joins Avon River. The following description of the tower was provided in the Annual Report of the Department of Marine and Fisheries for 1909:

It is a wooden tower, square in plan, with sloping sides, surmounted by a square wooden lantern, the whole painted white. It stands on a square cribwork foundation, and is 49 feet high from base to top of ventilator on lantern. The illuminating apparatus is fixed white dioptric, of the sixth-order.

The first keeper of the light was William A. Curry, appointed on June 15, 1908 at an annual salary of $180. The keeper was responsible not only for the main light in the lantern but also for a fixed red light that was displayed from a window on the southern face of the tower to indicate to vessels bound down the St. Croix River the exact turning point at the junction of the St. Croix and Avon Rivers.

The current Mitchener Point Lighthouse, a 23.5-meter-tall, fibreglass tower painted red with two white horizontal bands, replaced the original tower in 1967. According to a newspaper article, the fibreglass tower, which weights 1,100 pounds, was hoisted onto its base by a crane and secured in less than two hours on December 8, 1967. The old wooden lighthouse had developed a lean after erosion undermined its cement foundation. Atlantic Bridge of Mahone Bay fabricated the fibreglass tower, which was reinforced by steel.

Mitchener Point Light was deactivated in 2001 and is surrounded by private property.

For a larger map of Mitchener Point Lighthouse, click the lighthouse in the above map.

Starting at the visitor information booth in Hantsport, travel east on Highway 1 for 1.5 km (0.9 miles) and then turn left on the second road (Lighthouse Road) past the railroad track. Lighthouse Road is marked as a private driveway. As you travel down the road, you will get to a crest that overlooks Avon River. The light is visible toward the right as you exit your vehicle.