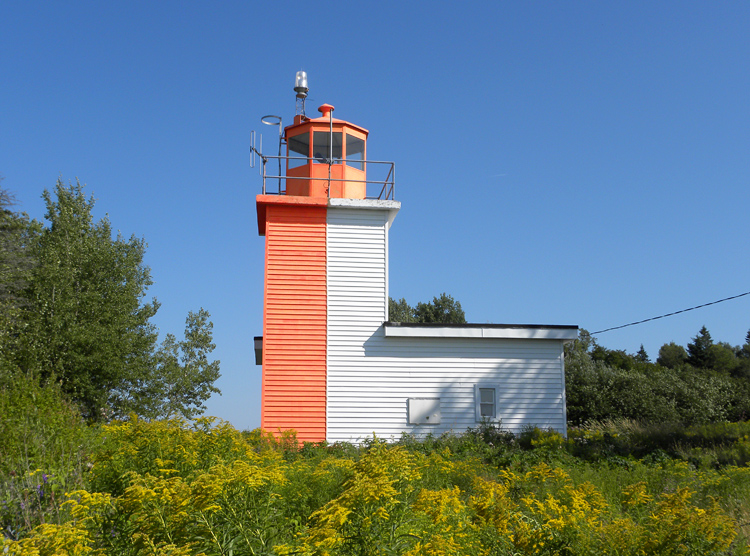 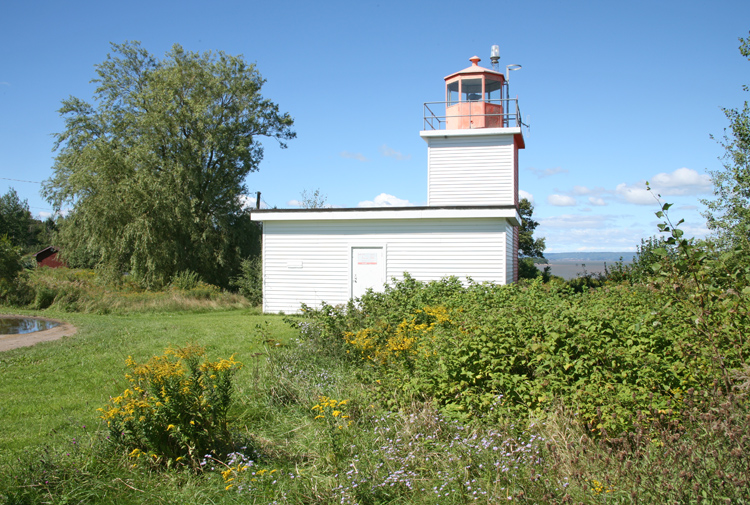 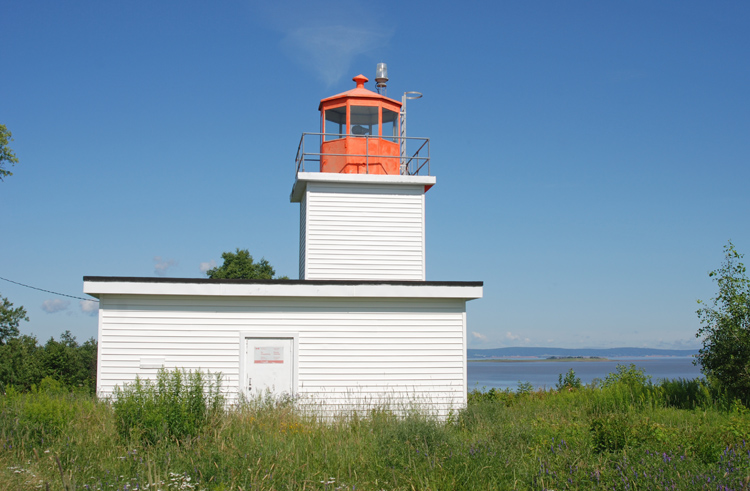 Avon River meanders sixty-four kilometres through productive farmland before emptying into Minas Basin. In the 1770s, famers in Hants County discovered gypsum deposits on their land, and soon mines were opened to exploit this bountiful resource. By 1818, 50,000 tons of gypsum were being shipped each year, primarily from the area around Windsor, Falmouth, and Hantsport  communities along Avon River. Gypsum was initially used in fertilizer and as a paint filler, but in the 1900s, it became an important ingredient in plaster, stucco, cement, and wallboard as well. In 1840, a petition was presented to the Nova Scotia House of Assembly calling for a lighthouse on either Partridge Island or Horton Bluff in Minas Basin. This triggered a debate that would span the next several years on whether Partridge Island, situated on the north shore of Minas Basin, near Parrsborro, or Horton Bluff, located at the mouth of Avon River on the south shore of Minas Basin, was better suited for a lighthouse.

The lighthouse atop Horton Bluff, on the west side of the mouth of Avon River, was completed in 1851, and Robert King was hired to be its first keeper. In 1854, Enos Brown wrote a letter noting the absence of Keeper King from the lighthouse. Three years later, King was dismissed, and James Lockhart was made keeper in his stead. A report in 1857 described this structure as a small square building, painted white, and used for lighthouse and dwelling. An addition was made to the lighthouse in 1859. The Annual Report of the Department of Marine published in 1874 has the following information on Horton Bluff Lighthouse:

The lantern here is a window with iron sashes, projecting from the roof of the house; it has three sides and glazed with 11 x 17 glass. The west side is dark. The light is shown by means of one flat-wick lamp with 18-inch reflector, showing down channel to north, an A lamp with 12-inch reflector showing up the river to the eastward, and a B lamp without reflector to north-east across the channel The light and dwelling house is in one, and there is a store used half for oil and half for wood 16 x 20 feet. During the past season the kitchen has been ceiled up to the windows, and all wood work painted inside  the lantern has been protected with zinc, a new porch 8 x 9 was built, and the oil store has had new sills, and the side and roof shingled; the trees along the bank have been cut down and the light can now be seen much further up the river.

Five members of the Rathburn family looked after the lighthouse between 1860 and 1940. First was Captain James Rathburn, who kept the light until his death in 1865. Matilda Rathburn took over care of the light in place of her husband and served until her own passing in 1870. Charles E. Rathburn, son of James and Matilda, was then placed in charge of the lighthouse. Charles wife died at the lighthouse in 1871 during childbirth. He married Susan Monroe in 1872, and she became keeper of the light in 1879 when Charles dead. Susans tenure of over forty years was the longest of the Rathburns. March Rathburn replaced his mother as keeper in 1921 and served until 1940.

Horton Bluff Lighthouse burned down on April 20, 1883, when Susan Rathburn was keeper. Six months later, its replacement, a square wooden pyramidal tower with attached dwelling, was placed in operation on October 23. Sydney S. Crowe and James Smith of Truro built the lighthouse for $1,400.

The present Horton Bluff Lighthouse was built in 1961 along with two keepers dwellings, and the 1883 lighthouse was unceremoniously pushed over the cliff and burned after seventy-eight years of service. The 1961 lighthouse features an 8.7-meter-high tower rising from one corner of a square, flat-roofed building. An orange vertical stripe, visible from the water, is painted on the tower. Apparently, the color of the stripe has faded or is a recent change as others, including the Coast Guard, call it a red stripe.

Horton Bluff Lighthouse was deactivated on July 12, 2013. For many years prior to this, the light, which sat sixty-five meters above Avon River, had served as the front light of a pair of range lights. The companion rear range light was shown from a skeleton tower located 539 meters upriver, but it too was deactivated in 2013. Commercial shipping of gypsum on Avon River ended in 2011, when the quarry and ship loading facility in Hantsport closed.

Located near Hantsport on the Evangeline Trail, marking the west entrance to the Avon River.
Latitude: 45.1085, Longitude: -64.2253

For a larger map of Horton Bluff Range Front Lighthouse, click the lighthouse in the above map.