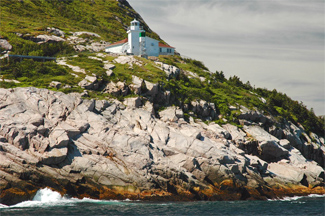 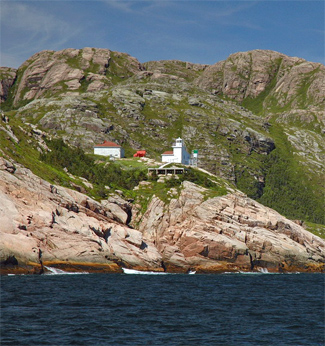 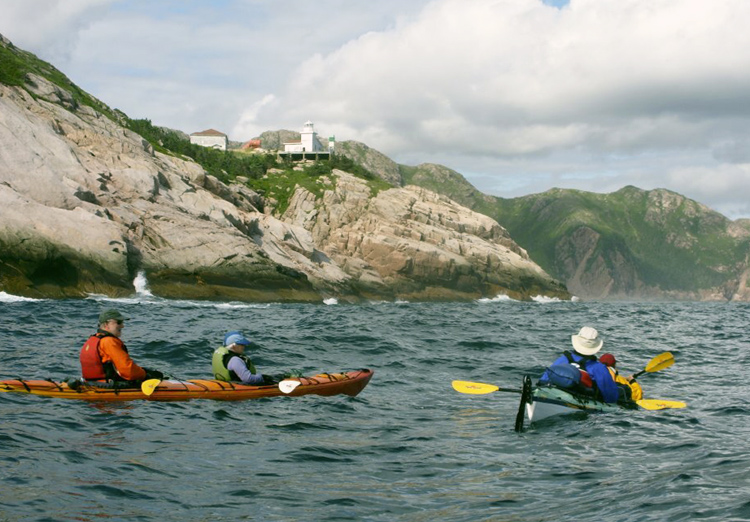 The fishing community of Francois, pronounced Fransway by the locals, is located at the head of a deep, steep-walled fjord on the south coast of Newfoundland. The fjord extends inland for two kilometres, and its entrance lies between West Point and East Point. The Friar, an imposing rocky outcropping with a height of over 200 metres, overlooks Francois and can be climbed for an excellent view of the surroundings. Fishermen in the small community would harvest a variety of fish during the summer season and sell them to a fish buyer. Newman & Company of Gaultois purchased the fish until being replaced by John Penny & Sons of Ramea in 1908. The Penneys constructed a general store and set up a branch office in Francois in 1922.

In 1929, a fog alarm station was erected on West Point. The station consisted of a flat-roofed dwelling and engine house, both painted white. The fog alarm was sounded by air compressed by an oil engine and would give one two-second blast every minute when needed. Benjamin Durnford was the alarms first attendant.

Landing supplies at the station and transporting them up to the fog alarm was difficult. In 1950, Albert Dollimont, a widower from Francois with four children, was killed when he was offloading forty-five-gallon drums of oil at the station. One of the drums rolled over his head, killing him.

A light was established on West Point in 1958 atop a 4.25-metre-tall, square, pyramidal tower. A combination lighthouse and fog alarm building, which remains standing today, replaced the older structures in 1966. At that time, a one-story duplex was built for the keepers.

The lighthouse was designated a Recognized Federal Heritage Building in 2007.

Francois is one of the few outports that survived the governments resettlement program in the second half of the twentieth century. The community is not easy to reach, being the farthest inhabited place in Atlantic Canada from a highway, but there is regular ferry service offered from Burgeo.

For a larger map of François Bay (West Point) Lighthouse, click the lighthouse in the above map.

François Bay Lighthouse is best seen by boat or from a plane. A view of the lighthouse is possible from the François-Grey River-Burgeo Ferry.