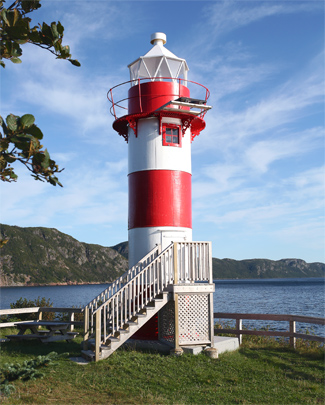 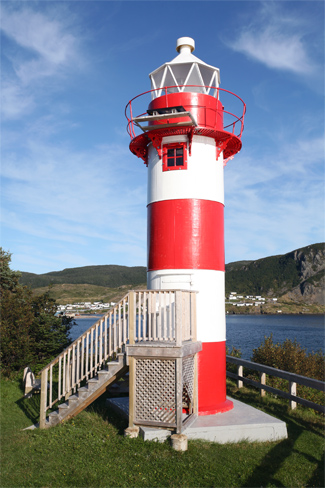 Situated on the northern side of Fortune Bay, the community of Harbour Breton has a magnificent harbour and is one of the oldest and largest fishing centres on the south coast of Newfoundland. The harbour was used in the seventeenth century by Bretons (from Brittany, France), who were based at Placentia. After the Treaty of Utrecht in 1713, the south coast was reserved for English fishing ships, and merchants from Poole and Jersey established fishing premises at Harbour Breton. In 1776, Captain James Cook called Harbour Breton the principal harbour in Fortune Bay and noted the bottom is good and the place convenient for Wooding and Watering Room for a great Number of Mercht. Ships, & many convenient places, for building of stages, landing & drying of Fish. Through acquisition of an earlier operation, London-based Newman and Company made Harbour Breton one of its stations in Newfoundland. Newman and Company, which partnered with a rival to form Newman and Hunt, later made Harbour Breton its Newfoundland headquarters and would control commercial life in the community throughout the nineteenth century.

A fisheries officer provided an excellent description in 1871 of Newman and Hunts operations at Harbour Breton.

We were struck with the neat and cheerful look of the place, and the signs of prosperity and order that the buildings etc., showed. On landing our first impressions were fully justified .... This place, the headquarters in Newfoundland of Messrs. Newman & Hunt, at present employs (exclusive of fishermen) about 100 people in salting, drying, pickling, packing and shipping fish to Europe, Brazil and the West Indies, and is managed by Mr. Gallop, on whom its order and cleanliness reflects great credit .... Messrs. Newman & Hunt's establishment is very complete, besides stores for receiving, sorting and packing the fish, they have carpenters, coopers and blacksmiths' shops, and have also built several nice schooners; they keep large wholesale and retail stores where everything required by the country people can be obtained; they are now building a large store for coals capable of holding about 500 tons .... A large business [in bait] is done with the Americans in the winter seasons .... There is little crime, a few occasional assaults, and no serious sickness. The inhabitants are about two-thirds Protestants and one-third Roman Catholics, and the place has a Minister of each denomination, and also a Surgeon and a Stipendiary Magistrate. The population of the settlement is about 300, but of the District of Fortune Bay, of which it is the chief town, about 5,200.

A lighthouse, one of the first out-harbor lights designed to serve the fishing trade on the south coast, was built on Rocky Point in 1873 to mark the entrance to Harbour Breton. The square, wooden tower stood 4.3 metres tall, was painted white with red on its corners, and was topped by an octagonal lantern, whose sides were painted alternately red and white. The light's first keeper was William Lorenzen, who was paid $48 per year.

Austin Oke inspected the lights west of St. Johns in 1874, and after finding the Rocky Point Lighthouse very leaky, he ordered it puttied and painted. The residents of Harbour Breton lamented that their light was weak, and in 1875 the needed improvements to the light and lantern were made. The tower originally displayed a fixed red light, but this was changed in 1875 to a white light, with a red light to mark Harbor Rock, the end of a rock ledge that extends from Rocky Point.

In 1877, the lights eighth-order lens was damaged when the lamps chimney glass broke during the night. The keeper was not blamed as his pay was not sufficient for, nor did his instructions require a continuous nightly watch. Besides, the inspector noted, everyone knows that a lamp glass, on a carefully trimmed and regulated lamp may break at any time from unascertained causes. The same accident happened in 1879, causing Inspector John T. Nevill to suggest that if dwellings were provided at lighthouses without one, the keeper could visit the light from time to time during the night rather than just light it at sunset and return in the morning to extinguish it. In the case of Rocky Point, however, Nevill felt the keeper was distracted by numerous other duties, and quoted a visitor to the lighthouse who said a new lens and a new keeper are required.

The wooden lighthouse was destroyed by fire in June of 1881, and designs were immediately made for a new iron tower. James Angel of Victoria Iron Works in St. Johns submitted the lowest bid and provided a tower that was erected that year. The lighthouse was painted with alternating red and white horizontal bands, and its light was more satisfactory than the previous one, chiefly, according to the inspector, because better attendance on the part of the new keeper has been secured by a small addition to his salary. The tower was surmounted by a lantern room fitted with sixteen triangular panes of glass that displayed its light at a height of 20.5 metres above high water.

The new lighthouse, which also lacked a dwelling, was still prone to accidents, and in 1884, the lens was broken by another incident with a lamp. The following year, a small addition was made to the store at the lighthouse to serve as a bedroom for the keeper.

In 1931, an automated acetylene gas light was installed in the tower, and a formal keeper was no longer required. Instead, a caretaker was paid to change the gas cylinders as needed and make sure the light remained lit.

The Newman Company sold their interests at Harbour Breton in 1902 to Job Brothers, and over the next half century a succession of firms operated at Harbour Breton as the inshore and Grand Bank fisheries went into a steep decline.

In 1957, the Report of the South Coast Commission noted that Harbour Breton, once the centre of Newfoundlands Bank fishery, had no productive industry despite the best efforts of both the Government of Newfoundland and the people of Harbour Breton. It was recommended that in an effort to revive the deep sea fishery and to place it on a self-sustaining basis, facilities, including cold storage, be established at Harbour Breton for the handling and processing of salt fish. Further, that a fleet of fishermen-owned boats be constructed to supply the plant. Harbour Breton was incorporated and obtained water and sewerage facilities in 1959, and the following year, the community was selected as the site for a fish processing plant. The facility was completed in the early 1960s by British Columbia Packers, a Vancouver-based food storage and food packaging conglomerate which acquired the Newman premises and built not only the fish plant but also a herring reduction plant.

At its peak, the operation employed 355 people, some of whom had moved from outlying communities to Harbour Breton, which was designated a reception centre during the resettlement program of the late 1960s. The fish processing plant was sold in 1977, and though it has passed through difficult times and even shut down for periods, it is still a mainstay for Harbour Breton along with other aquaculture ventures.

Located on Rocky Point at the southern end of the Connaigre Peninsula on the south side of the entrance to Harbour Breton.
Latitude: 47.479528, Longitude: -55.792889

For a larger map of Rocky Point (Harbour Breton) Lighthouse, click the lighthouse in the above map.

Follow Route 360 to its southern terminus on the south side of the harbour at Harbour Breton. A 0.4-km-long (0.25-mile-long) path leads from the end of Route 360 to the lighthouse. Click here for a helpful local map.