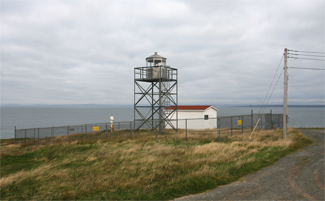 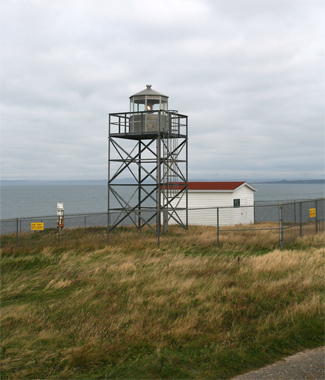 The communities of Point La Haye and Gaskiers were incorporated as Gaskiers-Point La Haye in 1970. Point La Haye appeared in the first official census of Newfoundland taken in 1836 with a population of twenty-five Roman Catholics. Gaskiers didnt appear in the census until 1857, and at that time it had a population of 100, while Point La Haye had eighty-four residents. Most of the local men pursued the inshore cod fishery, and the welfare of the inhabitants rose and fell with the catch. In 1857, a total of 189,484 kilograms of cod were caught, while in 1874, the catch fell to 122,682 kilograms, and in 1884 it was only 4,979 kilograms. The residents planted hay, potatoes, turnips, and cabbages and raised livestock for sustenance, but in particularly poor years in the fishery, they were reportedly forced to eat their seed potatoes.

Point La Haye is located on the east side of St. Marys Bay, and a long barachois or sandbar, behind which is found Point La Haye Pond, extends from the community out to the point, where in 1883 a lighthouse commenced operation. In 1860, a Mr. Delaney had presented a petition from John Yetman and others of St. Marys in the Newfoundland House of Assembly calling for a lighthouse on Point La Haye, but it wasnt until another petition from Patrick Nowland and other residents in the area was presented in 1881 that funds were allocated for the lighthouse.

An 8.5-metre-tall, cast-iron tower was fabricated in 1882 and shipped to Point La Haye where it was erected later that year along with a wooden store. The illuminating apparatus, however, didnt arrive until the following spring. The tower was painted with three red and two white horizontal bands, which continued around the flat-roofed store attached to the landward side of the tower.

In 1893, Inspector John T. Nevill noted that the only thing lacking at Point La Haye was about 400 metres of road to connect the station to the main line. Keeper Patrick Mooney completed the road during 1896 and 1897 using funds provided by the government.

In 1921, it was noted that St. Marys Harbour, situated behind Point La Haye, was practically the only harbour in St. Marys Bay that a deep-water ship could access without the assistance of a local pilot, and that the light at Point La Haye should be improved and a fog alarm added to assist mariners in making the harbour. This need was promoted by Dr. Hogan, St. Marys Wreck Commissioner, Stephen Gibbons, Merchant, Mr. Critch, of Gaskiers, and others familiar with that section of the cost.

Many deep-sea ships traveling eastward during times of fog had made land in St. Marys Bay within sight of Point La Haye. While most had enough warning to avoid running aground, a few, including some of the governments coastal steamers, had struck the coast there, with one remaining a total wreck at Gaskiers.

A square, flat-roofed fog alarm building was constructed at Point La Haye in 1925 to house an oil engine that provided compressed air to sound a fog horn. The alarm, which commenced operation in 1926, gave three one-and-a-quarter-second blasts every sixty seconds in this manner: 1.25-second blast, two seconds of silence, 1.25-second blast, two seconds of silence, 1.25-second blast, 52.25 seconds of silence. An assistant keeper was hired to help with the extra work created by the fog alarm. Patrick Vail served as the first assistant under John Mooney, and during this time a duplex was built to house the two keepers and their families. Joseph Breen replaced Vail as assistant and served in this role until Keeper Mooney retired in 1930. Breen was then promoted to head keeper and Reginald Mooney, son of John, was hired as assistant keeper.

Joseph Breen and Reginald Mooney lived in opposite sides of the duplex at Point La Haye for ten years. During this time, five or six Mooney children and a number of Breen children were born in the duplex. The two families steadily grew until they had twenty-five children between them.

Reginald and his wife Ann were married at the lighthouse, and Ann fondly remembered all the good times had there. Though isolated, the lighthouse seemed to be a community gathering place, as people from Gaskiers and Point La Haye would walk the beach to the station, where they would enjoy song, dance, recitation, and a homemade version of spirits.

It must have taken patience and sacrifice for two families to co-exist in such close proximity, especially with added company of a blaring foghorn. Ann recalls how after a while she didn't even hear the horn, but the same couldn't be said for the cries and whines of the yearly addition to the family.

In 1963, two single-storey dwellings and a combination fog signal and lighthouse were built at Point La Haye. The light was shown from a 7.9-metre-tall-tower built into the northwest corner of the one-storey fog signal building. With the introduction of the new lighthouse, the light source was changed from kerosene to electricity. All the stations buildings retained the Point La Haye trademark daymark of red and white horizontal bands.

By 1988, the combination lighthouse and fog signal building had been demolished and a pyramidal, skeletal tower had been erected on the buildings foundation. All that remains on the site today is a square, skeletal light tower, erected in the 1990s, that is flanked by a white shed.

For a larger map of La Haye Point Lighthouse, click the lighthouse in the above map.

From St. Mary's, travel south on Route 90 to the outskirts of town, and then turn right onto Gulch Road and follow it for 2.4 km (1.5 miles) to La Haye Point Lighthouse.