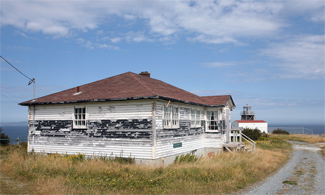 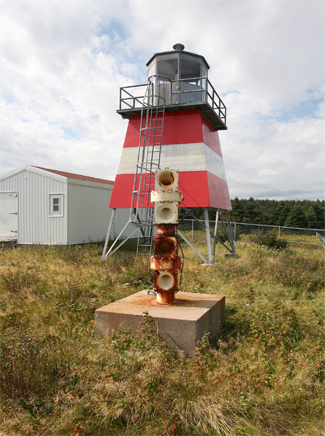 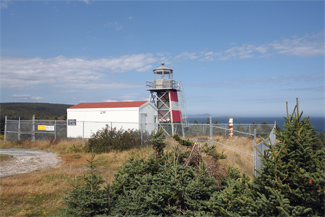 Despite a storm warning, the steamer Florizel departed St. Johns on the evening of February 23, 1918 bound for New York with a planned stopover in Halifax. William Martin, a skilled navigator and experienced mariner, was at the helm of the ninety-three-metre-long vessel, which had on board seventy-eight passengers, sixty crew members, and 12,000 barrels of fish products valued at $250,000. After steaming for nine hours, the captain, certain he had passed Cape Race, ordered a westward course change. Shortly thereafter, Martin spotted white on the water ahead, which he assumed was ice. The steel-hulled Florizel was one of the first ships in the world specifically designed to navigate in ice, so the captain was not too concerned until he discovered just before running aground near Cappahayden, roughly twenty-six kilometres north of Cape Race, that the white water he had seen was breakers. An S.O.S signal was immediately sent out, at 5 a.m. on February 24, but the ship was quickly torn apart by the pounding surf. Most of the ninety-four passengers who perished did so during the first few minutes following the shipwreck. The last of the forty-four survivors was rescued twenty-seven hours after the ship grounded on the reef, some 230 metres from shore.

Captain Martin was held responsible for the disaster, and his certificate was suspended for twenty-one months. A marine court of inquiry determined that the lack of forward progress made by the Florizel was due to the wind and a reversal of the Polar Current. Only later was it discovered that the blame for the wreck was because Chief Engineer J.V. Reader had reduced the engine revolutions even though Martin had ordered full speed. Reader had hoped that by delaying their arrival in Halifax the ship would overnight there allowing him time to spend more time with his family. Reader perished in the wreck, but he had told Third Officer Philip Jackman about his plan around midnight.

Nearly four years before the Florizel disaster, a light and fog alarm were established on the headland at Bear Cove Point, approximately ten kilometres north of where the Florizel ran aground. Second Officer John R. King had reported seeing a light at 3 a.m. through the snow, which was thought to be Bear Cove Light, but Captain Martin said that couldnt be the case. Residents near Bear Cove were surprised the Florizel had not hear the Diaphone fog alarm at Bear Cove, but being just a three-inch Diaphone, it was not overly powerful.

Thomas Fennelly was the first keeper at Bear Cove Point. When he moved there with his wife Jane in 1914, the couple had three daughters and a son, and a second son, named Raymond and who would later become keeper at the station, was born in 1915. The station opened in August of 1914, and about three weeks later it had to be evacuated when a forest fire was started by sparks from a train. Fortunately, the fire died out before reaching the lighthouse.

For years, there was no road to the station, so all supplies had to be landed, raised roughly thirty metres with a hand winch, and then hauled in a wheelbarrow to the dwelling. The Fennellys raised their own vegetables on the point, and also kept a cow for milk, in addition to sheep and goats.

When visitors came, they had to land on rocks in a dory, scale a wooden ladder some twelve metres to the first landing, and then climb concrete steps to reach the top of the cliff. A lot of the people who came up the ladder, were afraid to go back down it, due to its steep pitch.

When Raymond was a child, he had to walk four kilometres to get to school. To spare his own children from the same fate, he moved his family to Port Kirwan in 1962.

The previous metal tower at Bear Cove Point was erected in 1961, and the fuel for the light was changed from kerosene to acetylene at that time. Electricity reached the station in 1973, and the light and fog alarm were altered to run off the new power source. Assistant Keeper Jim Chidley noted in 1980 that with modernizations the keepers list of duties was slowly dwindling. Now weve got a fog detector that automatically turns on the horn when necessary, said Jim. Maintenance of this gear depends on technicians from St. Johns  we just change the plugs and fuses. Bear Cove Point was changed to a one-keeper station upon the retirement of Raymond Fennelly in 1980 and later de-staffed.

At some point between 2009 and 2012, a square, skeletal tower was erected at Bear Cove Point. In 2015, the lantern room and base of the previous tower could be seen in Renews.

For a larger map of Bear Cove Point (Fermuse) Lighthouse, click the lighthouse in the above map.

From Route 10, go east to Renews and then continue on a dirt road for 3.3 km (2.1 miles) to reach Bear Cove Point Lighthouse. The dirt road is quite narrow and also quite rough.