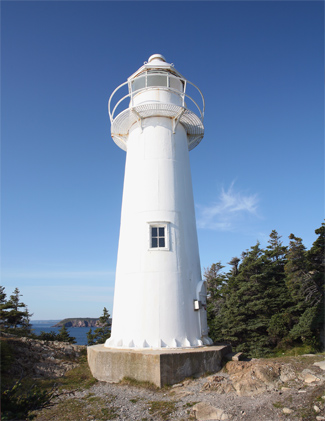 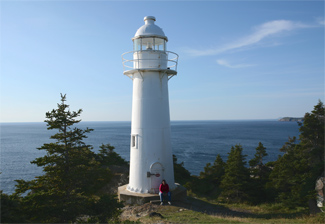 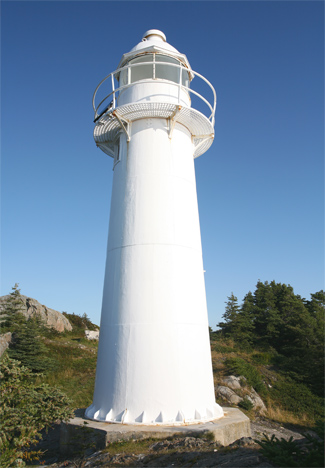 The community of Bay Bulls is situated on the eastern shore of the Avalon Peninsula, roughly twenty-nine kilometres south of St. Johns. The name of the village, in the form of Bay of Bulls, appears on a map dated 1592, and likely refers to the Common Dovekie or bull-bird, a regular wintertime resident of Newfoundland waters. With over 100 semi-permanent residents in 1681, Bay Bulls was second in population on the south shore only to Ferryland. Between 1696 and 1796, the French attacked Bay Bulls five times, often in conjunction with an attack on St. Johns. By the 1850s, one hundred boats pursued the inshore fishery from Bay Bulls.

In 1906, a cast-iron lighthouse was manufactured for use at Bay Bulls. During the following year, work on the station situated at Bull Head on the northern side of the entrance to Bay Bulls was carried out, and the light was first lit in the spring of 1908. This cylindrical tower, painted white, stands 11.8 metres tall, from base to vane and was originally equipped with a fourth-order lens that showed a white light for seven seconds followed by three seconds of darkness at a focal plane of 62.5 metres. A wooden keepers dwelling, located just up the hill, was connected to the tower by a covered passageway.

The name of the keeper was listed the first year as F. Williams, but for 1909 and the next few years it was listed as Thomas Williams.

Situated roughly midway between the major coast lights at Cape Spear and Ferryland, Bay Bulls Lighthouse served as a minor coast light and a harbour light. In 1920, E. T. English, Caleb C. Couch, and J. J. Collins were appointed by a Royal Commission to report on lights, storm signals, and life saving establishments along the Newfoundland Coast. These commissioners included the following on Bay Bulls in their report:

We would recommend a Fog Alarm to be installed here at the site of Light House. Ships coming Eastward do not hear Cape Spear when in the vicinity of Petty Harbour, which Point has been the scene of several casualties.

There does not seem any doubt that when a Fog Alarm is established at Bay Bulls, it should be of assistance to ships nearing the coast at Petty harbour, as prevailing winds in the foggy season carry the sound in this direction.

Electricity reached the station in 1931, and the light was changed to fixed white. The United Electric Company, which supplied the power to the station, was responsible for servicing the light until the early 1950s. The light was changed from commercial electric power to battery power in 1956, and the towers beacon again became flashing white. The Coast Guard looked after the light until 1969, when John Snow of Bay Bulls was hired on a contract basis to keep an eye on the light. He resigned after just a month, and attempts to find a replacement were not successful.

Today the light emits a white flash every five seconds, and only the iron lighthouse remains standing. The lighthouse was declared a Recognized Federal Heritage Building in 1992.

For a larger map of Bay Bulls (Bull Head) Lighthouse, click the lighthouse in the above map.

From Route 10 in Bay Bulls, drive east for 2.4 km (1.5 miles) along St. John Road, which becomes North Shore Road, to Gunridge and park in spaces next to two small graveyards. Follow the road on foot through the graveyard and then hike along Spout Path, part of the East Coast Trail, for 3.5 km (2.2 miles) to the lighthouse. A sign at the trail has the following words of caution: "Expect cliffs, steep climbs, uneven trail bed. Can be dangerous in fog."