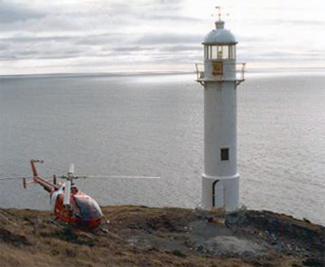 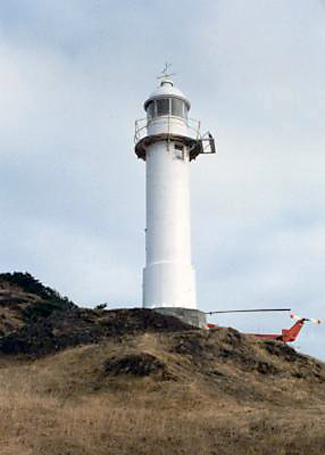 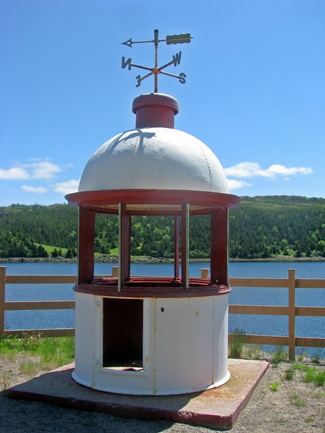 Situated on the western side of Placentia Bay, Long Island is seven kilometres long with a width that never exceeds one kilometre and shares its name with at least nineteen other islands in Newfoundland and Labrador.

Long Island Lighthouse commenced operation in 1903. The cylindrical iron tower, likely built in Newfoundland, was one of twenty-six similar towers that still remained standing in the province in 2000. Topped by a lantern room and a circular gallery, the tower originally exhibited a fixed white light produced by a two-wick Trinity kerosene lamp and a fourth-order lens supplied by Chance Brothers of Birmingham, England. The light, visible for up to eighteen miles, had a focal plane of 72.5 metres (237.5 feet).

A flat-roofed, wooden keeper's dwelling was connected to the tower by a 13.5-metre-long (forty-four-foot-long) covered passageway, and two of the early keepers who lived there were Philip Power and John Dicks. The kerosene lamp was replaced by an automatic acetylene gas light in 1931, and a caretaker was employed to periodically visit the island and chance the gas cylinders. John D. Bailey, a resident of nearby Oderin Island, took over the job of caretaker in 1957 from Peter Mullett.

The Coast Guard later changed the light to battery operated due to the difficulty of landing the gas cylinders and getting them up to the lighthouse.

In 2004, the iron Long Island Lighthouse was replaced by a modern square skeleton tower. The lantern room from the historic tower was removed and placed on display in 2005 at Petit Forte, the closest town to Long Island that has road access.

For a larger map of Long Island Lighthouse, click the lighthouse in the above map.

Long Island Lighthouse was decommissioned around 2011. Its lantern room can be seen in Petit Forte. From Highway 210 on Burin Peninsula head east toward Boat Harbour on Highway 215 and continue 26 km (16.3 miles) to Petite Forte where you will see the lantern room along the roadside overlooking the water.