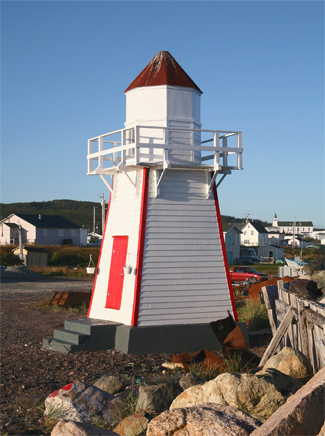 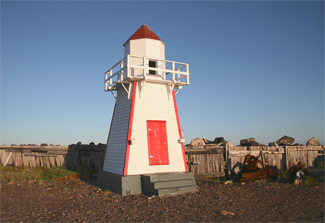 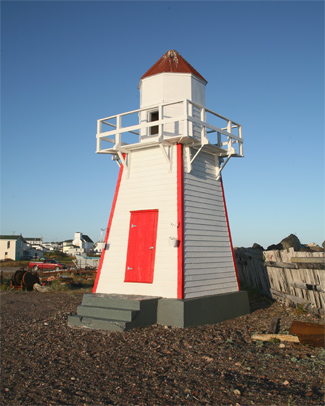 The Town of Granish is located on the west coast of the Burin Peninsula on the western shore of Little Garnish Barrasway, a small natural harbour protected from Fortune Bay by a sand bar. In the 1836 census, Garnish had a population of seventy-six residents, all of whom were Church of England adherents. Twelve boats in the harbour were engaged in the fishery at that time, but by 1857 this number had risen to thirty-eight.

The Garnish River, which empties into the harbour, is a natural spawning ground for salmon. In the early 1860s, a number of fishermen deployed weirs at the mouth of the river, which prevented the salmon from returning upstream to spawn. A salmon warden was appointed to prevent the spawning ground from being destroyed, and in 1872, George T.R. Snelgrove, the warden at that time, reported that four men were prosecuting the salmon fishery at Garnish with a total of twenty nets.

A beacon light was established at Garnish by locals in 1874 and was then maintained by the Newfoundland government until after it was completed. The lighthouse was described in 1874 as a square, wooden tower, topped by an octagon (painted red and white) and lantern from which a red light was shown nightly from a height of twenty feet. George T.R. Snelgrove was employed as the first keeper at an annual salary of $48. In 1875, the lighthouse inspector noted that the tower would have been much more useful had it been placed on the end of the breakwater.

A new block was erected at the end of the breakwater, and the light tower was relocated to it in 1877. The following year, the lighthouse received a new lantern, lamp, and reflector, greatly increasing its efficiency.

The residents of Garnish still complained about the character of the light, and when Inspector John T. Nevill visited in 1879, he had the occasion to observe the usefulness of the light when he left the place near dusk. As he steamed away from Garnish aboard the Hercules, the light appeared good for some distance, but when the inspector looked again at the light after having turned away for a few minutes, it was scarcely visible. Such a sudden change in the light, according to the inspector, could only have been caused by someone tampering with it.

In 1880, the lamp and lens were destroyed by a fire that erupted in the lantern room and caught the tower on fire. Fortunately, the fire was quickly discovered and doused before it caused my damage to the tower. The fire occurred during daytime on a hot, summer day and was attributed to spontaneous combustion. A new lamp and reflector were supplied as quickly as possible, but it took a bit longer to replace the glass in the lantern that were cracked by the fire.

After the lights second keeper, John Grandy, passed away in 1884, arrangements were made to add a bedroom to the base of the tower for the keeper. This addition was made in 1885, and the following year a new lamp and lens were installed, to the great satisfaction of the people of the locality. Another new lantern was placed on the tower in 1913, and the lights signature was changed to occulting white, visible for five seconds and eclipsed for five seconds.

William Reeves, the local schoolteacher, succeeded Grandy as keeper, and three generations of the Reeves family, William followed his son George and a grandson also named George, kept Garnish Light until it was electrified in 1967. Bertram Marsh served as a caretaker of the automated light until 1991, when its function was replaced by a modern skeletal tower.

The discontinued historic lighthouse, which had been removed from the breakwater in the last 1930s or early 1940s, was sold to the town for $1 and has since been renovated and maintained by the Garnish Heritage Society.

Located near the southern breakwater at Garnish, on the northwestern side of the Burin Peninsula.
Latitude: 47.236169, Longitude: -55.358509

For a larger map of Garnish Lighthouse, click the lighthouse in the above map.

Take Route 213 to Garnish, and then go east on Seaview Drive for just over a block to find Garnish Lighthouse.