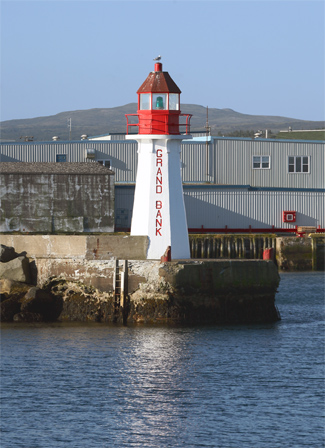 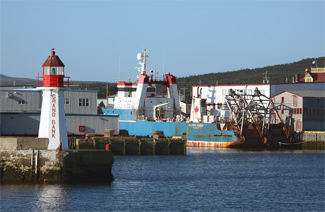 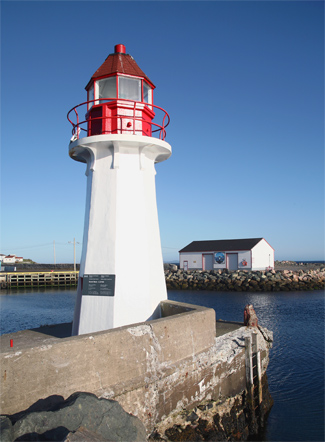 The Town of Grand Bank is situated on the western side of the Burin Peninsula near the entrance to Fortune Bay. Settled by French fishermen in the seventeenth century, the town straddles Grand Bank Brook, a small stream that has formed a harbour where it empties into Fortune Bay, and likely received its name due to the high bank that extends from Admiral Cove to the harbour. After the Treaty of Utrecht banned permanent French settlements in Newfoundland in 1713, English settlers eventually moved in. The population of Grand Bank was listed as 312 in 1764, after a large influx of residents from St. Pierre, which was transferred from British to French control at the end of the Seven Years War in 1763. Local residents had thirty fishing boats and cured 457,000 kilograms of fish at Grand Bank in 1764. When Captain James Cook visited Grand Bank while surveying the South Coast of Newfoundland in 1765, he reported that it had the largest fishery in Fortune Bay.

In 1881, a lens, lamp, and a lantern were delivered to Grand Bank to be used atop a lighthouse planned for the breakwater, but the lighthouse was not established until May 1, 1890, when it started displaying a white light from an eighth-order dioptric lens. Soon thereafter, the light was changed to red as the white light could scarcely be distinguished from the house lights nearby. Grand Bank Lighthouse was described in 1891 as a wooden beacon, painted in red and white horizontal bands that stood ninety-one metres from the end of the breakwater. Josiah Hiscock served as the first keeper of the light.

In October 1896, a fire in the lantern room of the lighthouse at Grand Bank destroyed the lantern glass and damaged the lens as to make it useless. A more powerful sixth-order lens was placed in the tower in April of 1897.

Early photographs of the original Grand Bank Lighthouse show it to be an octagonal tower with four red and four white horizontal bands, but in 1920 it was reconstructed. A photograph taken that year shows the shape of the tower was unchanged, but the outer boards had been removed, leaving the support timbers and a square central column showing.

In 1922, the present concrete octagonal tower was erected on the eastern pier in the harbour at Grand Bank. This tower stands 7.1 metres tall and today displays a quick-flashing green light, though it originally displayed a flashing white light and later a fixed white light.

According to a January 12, 1923 account in The Daily News, the three-masted schooner Frank R. Forsey, homeward bound from Setubal, Portugal and under command of Captain Rose, struck the pier at Grand Bank and sank with a load of salt. The salt dissolved over the next day causing the ship to float, but the incident left a scar on Grand Bank Lighthouse. The schooners bowsprit gouged a hole in the lighthouse where the B in the Grand Bank that was later inscribed on the seaward face of the tower is now located.

Grand Bank Lighthouse was being kept by a veteran of the Second World War when it was converted to battery power in the 1950s. It now operates on solar power.

For a larger map of Grand Bank Wharf Lighthouse, click the lighthouse in the above map.

From Route 220 in Grand Bank, turn north onto Hickman Street and continue to the harbour, where you will find Grand Bank Wharf Lighthouse.