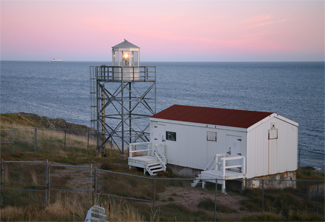 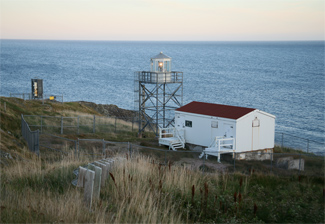 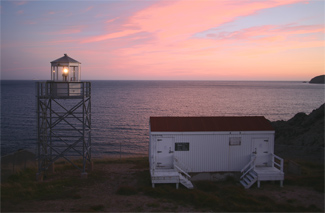 When Captain James Cook visited the area around 1762, he noted severall inhabitants employd in the Fishery and likewise severall Stages and Fishing Rooms and convenient places for severall more. In the official census of 1836, the town had a population of 232.

The tidal wave that struck several communities along the Burin Peninsula following the earthquake on November 18, 1929 claimed twenty-seven lives and cause extensive damage at St. Lawrence. Virtually all the fishing property, including flakes, stores, and provisions, was lost, and it took about a decade for the fishing grounds to recover. Fortunately, St. Lawrence had another resource to which it could turn. Geologist J.B. Jukes had noted a fluorspar deposit near the town around 1842, but it wasnt until 1933 that commercial mining started.

Walter Seibert, an American entrepreneur purchased the fluorspar deposits from a St. Johns businessman in 1929. Seibert visited St. Lawrence in 1931 to set up a mining operation, and two years later, many local men were employed in extracting and shipping the ore for Sieberts company, the St. Lawrence Corporation of Newfoundland. The mines were a major employer for the community until their closing in 1978. While a steady income was welcomed, many miners started developing respiratory illnesses due to the particles of silica that were released into the air by the dry drilling.

On February 18, 1942, two American destroyers, the Truxtun and Wilkes, and the supply ship Pollux ran aground off St. Lawrence while en route to Placentia, Newfoundland. The Wilkes was able to back away from the beach after grounding, but the Truxtun and Pollux soon broke up in the heavy surf caused by a raging gale in the Atlantic. Despite the heroic efforts of many residents from St. Lawrence and Lawn, 110 men aboard the Truxtun and ninety-three men aboard the Pollux perished. The casualty list from the incident was the largest suffered by the Atlantic Fleet to that point in the war. A week after the tragedy, President Franklin D. Roosevelt sent a telegram to the residents of St. Lawrence, thanking them for their heroic efforts in rescuing some of the sailors. In appreciation, the government of the United States built a memorial hospital in St. Lawrence following the war.

For a larger map of Middle Head Lighthouse, click the lighthouse in the above map.

From Route 220 in St. Lawrence, 39 km (24.4 miles) west of Marystown, turn south onto Riverside Drive, and then follow Water Street E, along the east side of the harbour. Just before this road ends, you need to turn left and follow a rugged dirt road for 3.2 km (2 miles) to its terminus near Middle Head Lighthouse.