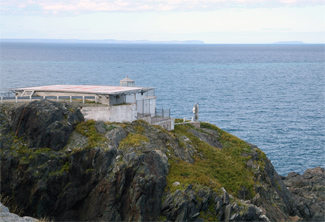 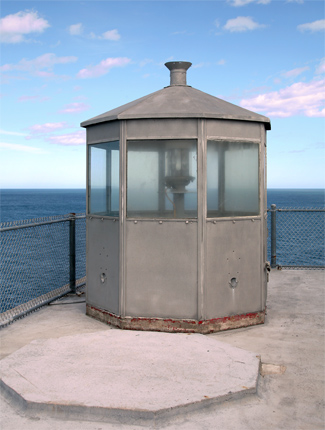 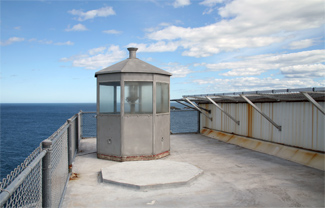 Located roughly twenty-eight kilometres north of St. Johns, Cape St. Francis defines the southern entrance to Conception Bay. In 1865, a petition from John Munn and other residents of Habour Grace calling for a lighthouse on Cape St. Francis was presented to the House of Assembly. When this didnt produce the desired result, petitions from inhabitants of Harbour Main, Bay Roberts, and Carbonear, all settlements on Conception Bay, were presented in 1871. A lighthouse had been established on Baccalieu Island in 1859 to mark the northern side of the entrance to Conception Bay, but those involved in maritime activities in the bay clearly wanted a companion light at Cape St. Francis. On April 25, 1872, An Act for the Erection of a Light House on or near Cape St Francis was passed. Noting that the light would tend much to the preservation of Human Life, and safety of Ships and Vessels engaged in the Fisheries and Trade, the act authorized the Board of Works to procure plans and specifications for the lighthouse and the Governor to provide money for its construction.

Before work began, there was much discussion as to what type of navigational aid would be best-suited for Cape St. Francis. In February of 1876, John T. Nevill, Inspector of Lighthouses, noted that for vessels approaching Newfoundland from the east there were already excellent lights at Cape Spear, Baccalieu Island, and Harbour Grace. As the coast at Cape St. Francis was bold and no vessels had been lost there in clear weather, Inspector Nevill reasoned that a powerful phonic signal was most needed, but its value would be undoubtedly increased if accompanied by a minor light.

In the early spring of 1876, a launchway was constructed at Biscayne Cove to be used as a landing place for construction materials for the light and fog alarm. A road was built from the landing to the end of the lighthouse road, which had been made some years earlier. After plans and specifications for the lighthouse were submitted for bidding, a contract was awarded to Messrs. Cameron & Carnell.

The lantern for the light was set atop a short, square tower that rested on the flat roof of the wooden dwelling. At a lower elevation, but attached to the dwelling, stood the flat-roofed structure that housed the fog alarm equipment. A fixed red light, produced by a fifth-order lens at a focal plane of 37.5 metres, pierced the night sky at Cape St. Francis for the first time on January 10, 1877.

Later in 1877, the equipment for the steam siren trumpet was installed, and it commenced operation, giving the following signal each minute: five-second blast, five seconds silence, five second-blast, forty-five seconds silence. The coal-fired fog alarm was manufactured in England by Messrs. A. & F. Brown. Water for the fog alarm was obtained from a brook up the hill from the lighthouse, conducted to the station via an open channel, and then fed into cisterns through iron pipes. As the open channel allowed debris to plug the iron pipes, earthen pipes were extended to the brook in 1878.

John Hagan was appointed the first keeper of the light, while Jonas Soper was the first engineer in charge of the fog alarm.

Navigators found the fog alarm to be thoroughly efficient, but they didnt have the same opinion of the light. After a larger lens and lamp were installed in 1879 in response to complaints, the lighthouse inspector received reports that the new light was no better than the original one. Perplexed at this condition, Inspector Neville, accompanied by Austin Oke, arrived at Cape St. Francis at 2:55 a.m. on December 13 for a surprise inspection. They found only one of the wicks in the two-wick, concentric lamp burning. Austin Oke put the lamp in proper working order, and after the pair had spent nearly an hour in the lantern room with no sign of the keeper, they finally called him from his bedroom. Keeper Hagan was reprimanded for his negligence, suspended for a time, but then allowed to return to his post.

One problem that beset the fog alarm during winter was the lack of water due to the freezing of its source. Water thus had to be delivered during the winter by manual and horse labor. The earthen pipes were often damaged by the frost and required repairs most every year.

In November 1886, Keeper Hagan filed a formal complaint of misconduct against Engineer Soper. An enquiry into the matter, which was just one instance of continuous bickering between the two men, was held by the Board of Works. As a result, Keeper Hagan was forced to retire, and the engineer was severely reprimanded for dereliction of duty. After a short suspension, Soper was allowed to return to his position, but he was placed under the direction of the former assistant keeper from Baccalieu Island who was appointed keeper at Cape St. Francis.

Isaac C. Morris chronicled a trip out to Cape St. Francis in a 1905 edition of The Evening Telegram. After observing a cargo boat bound for Bell Island and icebergs drifting by on their southward journey, he noted that of the many objects of interest which such a place presents to the stranger, perhaps none is such a novelty as that of the Lamp. Truly, it is a ponderous lamp, and is quite a study to the novice, who not often gets an opportunity of seeing the inner workings of a light-house. Referring to Keeper Jonas Soper, Morris wrote, I dont know what retirements the Government may next make, but none would be more in order, and none more faithfully earned, than that of Mr. Soper, who, by his thirty years of lonely life has justly earned the benefits of a good pension.

In 1911, a new optical apparatus was installed at Cape St. Francis, and the lights signature was changed at that time from fixed red to fixed white. A new diaphone fog alarm was installed in 1912 that produced a two-and-a-half-second-blast each minute.

In 1957, the original Cape St. Francis Lighthouse was replaced with a two-storey keepers duplex with an adjoining concrete structure that contained the fog signal equipment and was topped by a lantern. The last resident keeper left Cape St. Francis in 1975. The duplex was demolished in 1993, and a helicopter landing pad was put in its place to make accessing the remote station a bit easier.

For a larger map of Cape St. Francis Lighthouse, click the lighthouse in the above map.

From the Trans-Canada Highway in St. John's, go north on Route 20 (Torbay Road) and continue for 26.8 km (16.8 miles) until you reach Cape St. Francis Lighthouse. Note that the last 6 km (3.7 miles), basically the road beyond Pouch Cove, is not paved and is quite rocky. We made it in a car, but the extra clearance afforded by a truck of SUV might come in handy.


As we drove out to Cape St. Francis in late August, we were certainly not the only vehicle on the rocky road as it was prime berry season, and people were out in numbers foraging the hillsides. Though the view from the cape is quite nice, you must be a lighthouse diehard to endure the rough road for a glimpse of this modern automated light.