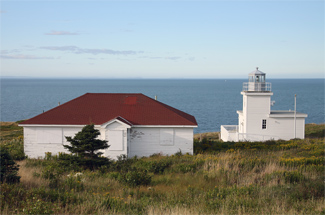 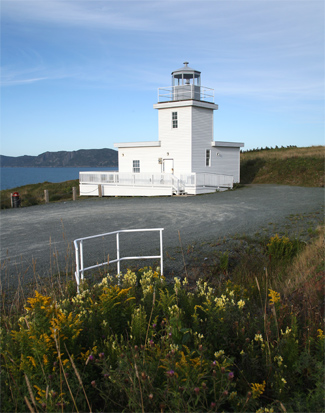 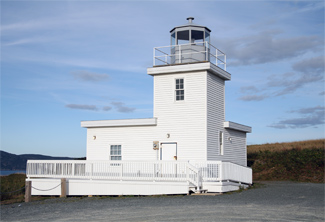 Bell Island, so named due to a bell-shaped rock just of the islands northwestern tip, is located in Conception Bay and is reachable by a short ferry ride from Portugal Cove. The island measures about nine kilometres long and three kilometres wide and is the largest island in Conception Bay. The first known settlers on Bell Island were Gregory Normore and his wife who arrived on the island around 1740. Early residents primarily relied on fishing and farming, until rocks from the island were identified in 1893 as red hematite, a rich iron ore. Parcels of iron-rich land were sold to Nova Scotia Steel Company, whose president named the mining site Wabana, a First Nations name meaning place where the light first shines.

The mining operation led to a population boom on Bell Island. In 1901, the population had risen to 1,320 but by 1935 it was 6,157, making Bell Island the second largest centre in Newfoundland. In 1956, the population was 11,724. The mining started on the surface and then went underground. When the mines closed in 1966, miners were working up to five kilometres beneath the floor of Conception Bay. The islands population had fallen to below 3,000 in 2006.

In the early 1930s, the Dominion Steel Company (DOSCO), which was operating the islands mines at the time, asked the Newfoundland Government to establish a lighthouse on the island to serve the increase in shipping spawned by the successful iron ore mines. Construction on a light tower, a fog alarm building, and a keepers duplex began in 1939 on the eastern tip of the island, and the station commenced operation in 1940.

During World War II, German submarines torpedoed the island's iron ore pier and sunk four ore ships. A memorial to the sixty-nine men aboard the ships who lost their lives during the attack is located on the island at Lance Cove Beach.

In 1966, land was acquired from the estate of William Jackman for an access road to the lighthouse. That same year, the original lighthouse was replaced by a combined lighthouse and fog alarm building in the form of a one-storey, flat-roofed, rectangular structure with a square tower rising from one of its corners. A single dwelling was added to the site, and when the station was reduced to a one-person operation in 1980, the old duplex was removed.

With erosion threatening the lighthouse, it along with the adjacent keepers dwelling were relocated roughly 200 metres to a safer position in 2004.

Bell Island Lighthouse was broken into and vandalized in early August, 2010. According to police, a computer and cupboards were destroyed, and some appliances were removed form the residential area portion of the lighthouse. A forensics team was called in to help with the investigation.

Besides making a trip to the lighthouse, visitors can also experience the mining history of the island, as a museum, which offers visitors a walking tour of some underground mining shafts, opened in 2000.

For a larger map of Bell Island Lighthouse, click the lighthouse in the above map.