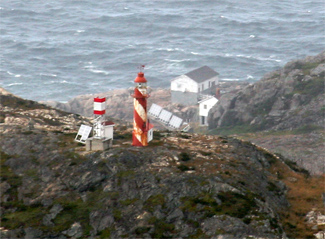 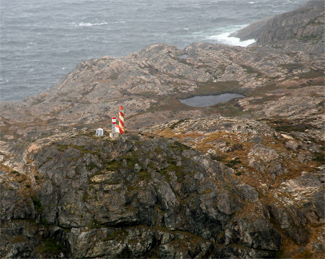 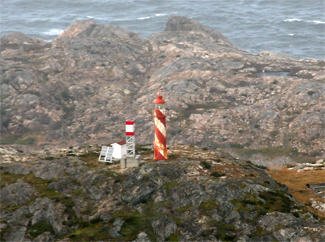 When John Cabot discovered Newfoundland in 1497, his crew found that the waters around the island were so full of cod that a man could work across their backs and could scoop them out of the water with baskets. A century later, an English fishing captain reported shoals of cod so thick by the shore that we hardly have been able to row a boat through them. Cod was the mainstay of the Newfoundland economy for centuries, and it is not surprising that a few features around the island have been named for the fish, but you might need to speak a foreign language to identify them. Cod in Portuguese is bacalhau, and in Spanish it is bacalao. Variants of these spellings are used in Baccalieu Island, located at the entrance to Conception Bay, and in Bacalhao Island, found in Notre Dame Bay, just north of Herring Neck on New World Island.

In 1893 an iron tower had been ordered from Victoria Works for use at Western Bay Head on Conception Bay, however, when the tower was available the following year it was shipped to Bacalhao Island instead. During 1894, a store was built at the landing place on Bacalhao Island, and from there a road was made to a peak on the southwest end of the island where a keepers dwelling was built and the tower erected. The dwelling was located twenty-three metres from the tower and was connected to it by a covered passageway.

The light atop the tower had a focal plane of 108.8 metres and was placed in operation for the first time on December 6, 1894 by Keeper William Howell. The light operated on the Trotter-Lindberg system whereby the heat rising from the flame revolved a screen that encircled the lamp. The screen had two slots in it and made ten revolutions per minute to produce a white flash every three seconds. To make the station distinguishable during the day, the tower was painted in red and white spirals.

In 1923 the light was changed to fixed white, and in 1924 the lens was upgraded from sixth-order to fourth-order. The characteristic of the light was changed to a white flash every nine seconds with the installation of an acetylene gas light in 1929. A plaque affixed to the lighthouse door reads Chance Bros. & Co. Lighthouse Engineers and Constructors. Birmingham. 1884. This likely referred to the original lens, which must have been used elsewhere before being installed at Bacalhao Island in 1894.

In 1961, a few large shipping companies that had vessels passing Bacalhao Island requested that a fog alarm be installed at the station. A fog alarm building and a new dwelling were built on the island in the early 1960s, and the station was staffed by four keepers who worked on a rotational basis.

The original dwelling was in poor condition in 1966, when it was sold and removed from the island. The light in the tower remains active and gives a white flash every ten seconds, while a fog horn gives a three-second blast every thirty seconds as needed.

In 2006, Bacalhao Island Sector Light was established on a square skeleton tower near Bacalhao Island Lighthouse. The sector light is visible through an arc of 5°, red from 301° to 300 1/2°, oscillating red and white from 300 1/2 ° to 299 1/2°, white from 299 1/2° to 297 1/2°, oscillating green and white from 297 1/2° to 296 1/2°and green from 296 1/2°to 296°. Mariners requiring the operation of the sector light have to key the microphone of their VHF radio three consecutive times within five seconds on channel 65A (156.275 MHz) to turn the light on. The light automatically shuts off after one hour or manually by keying the microphone of the VHF radio five times within five seconds. The sector light replaced a pair of range lights that operated on the island.

The iron tower, topped by a weather vane, was classified a Recognized Federal Heritage Building in 1989.

For a larger map of Bacalhao Island Lighthouse, click the lighthouse in the above map.

Bacalhao Island Lighthouse is best viewed by boat or from the air.