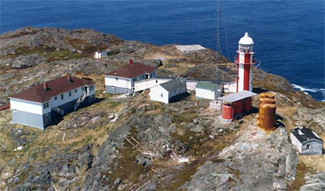 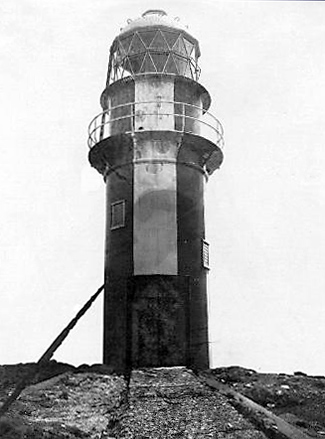 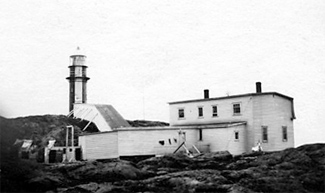 On December 6, 1867, the Queen of Swansea departed St. Johns, having on board mail and passengers for a mining settle at Tilt Cove on Notre Dame Bay. As night fell, a terrific gale arose and drove the small vessel several miles out to sea. After six grueling days, the ship grounded in a narrow gulch at Gull Island, near Cape St. John in a snow squall. A rope was secured to shore, and all fifteen people aboard, including two females, made it safely off the ship. Three crewmembers and a male passenger returned to the vessel to procure food, but while on board the rope parted, letting a large wave carry the vessel out to sea. The men and the Queen of Swansea were never heard of again.

With no provisions, the only chance of survival for the eleven remaining souls was to hail a passing vessel. Dr. Felix Dowsley, who had been appointed to the medical staff at Tilt Cove, penned a series of letters to his wife, as his hope of surviving the ordeal steadily diminished. On December 17th, Dowsley wrote: Not one of use saved a single thing but as we stood, not even a bit of bread; this is our fifth day, and we have not had a bit or sup, not even a drink of water, there being no such thing on the island. It is void of everything that would give us comfort. It is so barren and bleak that we cannot get wood to make a fire to warm us. Our bed is on the cold rocks, with a piece of canvas, full of mud, to cover us.

On Christmas Eve, Dowsley composed his final letter to his wife. We are all still alive, and only that. We have had no relief ever since, nor any signs of it. We have not tasted a bit of food of any kind with the exception of the dirty snow-water that melts around and under our feet, which we are very glad to devour  I had no idea we should have lasted so long. Our case is now hopeless; there is no hope for deliverance. My suffering has been beyond description since I landed on this barren rock.  Oh! My darling, if I could but once see you and the children I would be satisfied. Embrace them all for me.

The following April, Captain Mark Rowsell and his crew were becalmed off Gull Island while returning from the seal fishery. Two men launched a smaller boat to visit the island to shoot birds. While ashore to retrieve the bird, they discovered the remains of the shipwreck victims along with a notebook, containing the letters written by Dr. Dowsley. A monument was later erected in the cemetery at Tilt Cove inscribed with the following words: TO THE MEMORY OF THE CREW AND PASSENGERS OF THE SHIP "QUEEN OF SWANSEA"WHO WERE WRECKED ON GULL ISLAND DECEMBER 12 1867 AND THERE PERISHED.

In 1884, seventeen years after the tragic shipwreck, a lighthouse was erected on Gull Island, and Captain Mark Rowsell, whose men had discovered the remains of those aboard the ill-fated Queen of Swansea, was appointed the first lightkeeper.

Gull Island lies roughly eight kilometres (5 miles) off Cape John, the northern tip of the Baie Verte Peninsula, and was a menacing threat for vessels entering Notre Dame Bay. The lighthouse, a short cylindrical cast-iron tower, was placed atop the apex of the island, where it has a focal plane of 160 metres (525 feet). The tower was painted in vertical, red and white stripes, and a two-story keepers duplex was constructed thirty-four metres (112 feet) away. A flat-roofed fog alarm building with an attached keepers dwelling was added in 1916.

In 1960  61, two new residences, a duplex and a single dwelling, were built on the island for the keepers. At that time, two diesel generators were producing electricity for the station.

Until the late 1970s, three families lived on Gull Island for nine months out of the year. School-aged children were boarded with friends or relatives on the mainland. During the harsh winter months, an unattended light remained in operation on the island.

The tower was classified a Recognized Federal Heritage Building in 1989.

For a larger map of Gull Island (Cape St. John) Lighthouse, click the lighthouse in the above map.

This lighthouse is best seen by boat or from the air.