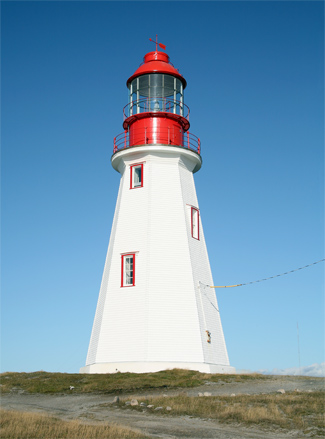 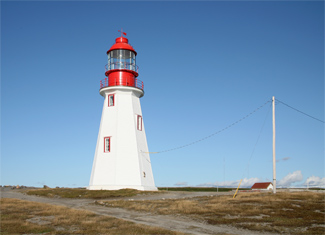 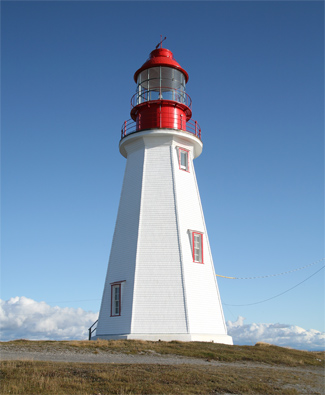 Fishing and occupancy rights from Cape Bonavista to Point Riche, an area known as the French Shore, belonged to the French from 1713 until 1763, when the region was redefined as being from Cape St. John to Cape Ray. The treaties of Utrecht (1713), Paris (1763), and Versailles (1783) served to define the rights granted to the French, but tensions increased as Newfoundland sought to eliminate a foreign presence on its shores and France fought to maintain is historic privileges. In 1904, France finally surrendered its rights to the Newfoundland shore. At the conclusion of the Seven Years' War in 1763, James Cook was called upon to survey the Newfoundland coast to help delineate the areas where the French could fish. Joseph Banks, a noted naturalist, accompanied Cook on his survey of the French Shore and described some characteristics that differentiated French and English fishing practices.

...they Excell us but more in their neatness & manner of Carrying on Business among their People than in any Superiority in Point of Curing. Their Boats are not much more than half as Large as ours much more Clumsily Built & Less adapted for sailing. Each of them are worked by three men who Each Fish with two Lines in the Same manner as Our People this when the fish will take Bait but they who in General Come Earlier upon the Coast than we do begin also to fish before us by a method Called here Jigging, ... the Jerk of the arms necessary in this Fishing makes it so Laborious that we can seldom or ever get any of our Country men to do it.

Another differentiating characteristic was that the English were content to subsist on hard tack, while the French built masonry ovens to provide fresh bread.

The first lighthouse at Point Riche, formerly part of the French Shore, was completed by the Canadian government in 1871 to assist steamers transiting the Strait of Belle Isle on their voyages between the St. Lawrence and Europe. The buildings at the station, constructed simultaneous with the ones at Cape Norman, were completed in 1870, but the catoptric lighting apparatus, made up of twelve circular burner lamps and a corresponding number of twenty-inch reflectors, was not installed until the following year. The total cost of the lighthouse, which was hexagonal in shape and measured forty feet from base to vane, came to $10,157.50.

The light at Pointe Riche, which produced a white flash every fifteen seconds, was first displayed on August 26, 1871, and Eugene Roy received an annual salary of $500 to serve as the first keeper. To allow Keeper Roy to hire an assistant, without which he felt he could not attend the revolving light, his salary was raised to $600 in 1873.

The revolving apparatus could be problematic as an incident the following year proved. On October 25, 1874, William Barbour, the district engineer, arrived off Point Riche aboard the steamer Lady Head. As it was blowing a gale, he was unable to land, so the vessel sought refuge at nearby Port Saunders. While there, he received word that the light at Point Riche had not been revolving for six weeks, so he set out on foot for the station. Eleven miles and four hours later, he arrived at the lighthouse at 5 p.m. and found the revolving gear all out of order. Working with the second engineer from the steamer, Barbour had the lens in good working order by 1 a.m. The light worked well the remainder of the night, so the pair headed back to Port Saunders the following morning. However, during the next night, the keeper sent word that the light had stopped yet again. Barbour made another trek out to the light only to discover that all that was needed was a little oil. After staying up all night to make sure the light operated properly, Barbour instructed Keeper Roy to keep the gear clean and well-oiled to prevent any further issues and then headed back to Port Saunders.

After two wrecks occurred off Point Riche in 1876, a group of experienced mariners and J. U. Gregory, the Marine Agent at Quebec, recommended that a Neptune foghorn, recently invented in Montreal, be installed on a trial basis at Point Riche to help eastward bound vessels locate the entrance to the Strait of Belle Isle. One of the Neptune horns, which worked simply by winding up weights and required neither fuel nor water, was delivered to the point by the steamer Napoleon during its fall provisioning run in 1877, and the signal commenced operation on October 10 of that year. The horn produced an eight-second blast every ten minutes, and when tested by the Inspector of Lights, could be heard at a distance of two miles, though the sound was slight.

In 1878, it was noted that the Neptune foghorn had worked well during its first season, proving of great service to local fishermen, but it was found to be too weak to be of much service to steamers. The foghorn was thus discontinued in 1879, but it was apparently replaced by a fog gun, as Ferdinand Lemieux was hired in 1881 as keeper of the lighthouse and fog-gun at Point Rich, Newfoundland, at a salary of $400 per annum, in the room of Mr. Eugene Roy, deceased.

Point Riche Lighthouse was destroyed by fire on August 15, 1890. As there was some difference of opinion among nautical men whether the lighthouse should be rebuilt, the opinions of the masters of vessels using the Strait of Belle Isle were solicited on the matter. When a majority was in favour of rebuilding the lighthouse at its former location, plans were drawn up and tenders invited for the work.

Daniel McDonald of Pictou, Nova Scotia submitted the lowest tender, at $1,750, and was accordingly awarded a contract for the new lighthouse. During the summer of 1892, McDonald built the present octagonal wooden lighthouse, which was equipped with a catoptric lighting apparatus. This apparatus revolved once every forty-five seconds to produce two bright flashes with an interval of fifteen seconds between their points of greatest brilliancy, followed by an interval of thirty seconds. Built on ground situated forty-four feet above the water, the lighthouse measured fifty-eight feet from base to vane and had a focal plane of ninety-three feet. The new light was placed in operation on October 20, 1892.

When plans were made to install a third-order Fresnel lens at Point Riche, it was deemed necessary to build concrete foundations to support a wooden framework that was carried up around the outside of the lighthouse. With this support structure in place, the old lantern platform was removed and the new one put in place. This work was done at a cost of $8,170, and the new 100,000 candlepower light commenced operation in 1908 with the following characteristic: 0.25-second flash, 0.75-second eclipse, 0.25-second flash, 3.75-second eclipse. The illuminant used in the Fresnel lens was petroleum vapour burned under an incandescent mantle. A new keepers building was also built in 1908, but it burned down in the 1998, leaving the foundation found near the lighthouse.

The tower at Point Riche has lost its jewel-like Fresnel lens, but its beautiful lantern room remains in place. A modern beacon housed therein produces a white flash every five seconds.

For a larger map of Point Riche Lighthouse, click the lighthouse in the above map.

From the Trans-Canada Highway at Deer Lake, drive north on Route 430 for 217 km (135.6 miles), and then turn west towards Port Saunders. Follow this road along the coast for 13.9 km (8.7 miles) until you reach Port au Choix, and then turn left and continue 3.8 km (2.4 miles), passing the visitor centre for Port au Choix National Historic Site, and you will arrive at Pointe Riche Lighthouse. You can also hike along Philip's Garden Coastal Trail to reach the lighthouse. The last portion of the road, that beyond the visitor centre, is not paved.


Three caribou were just finishing up their visit to the lighthouse when we arrived at Point Riche. We tried to convince them to stay a bit longer so we could photograph them with the lighthouse, but they apparently had other plans for the evening.