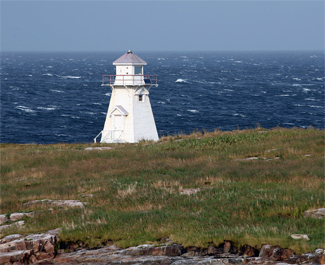 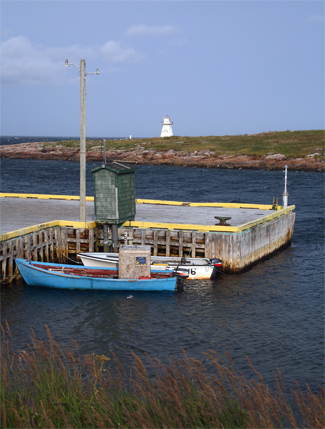 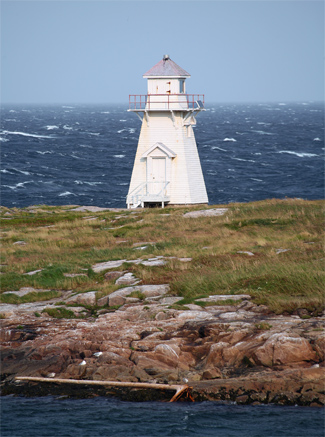 St. Modeste Island is small and bare and rises to a height of 4.6 metres. The island is separated from the mainland, where the settlement of West St. Modeste is situated, by a ninety-metre-wide channel known as The Tickle. This protected channel has a depth of at least 6.4 metres and is home to a T-shaped wharf.

A light was established on the northern end of St. Modeste Island sometime before 1920 to guide mariners into The Tickle, as Michael MacDonald was serving as caretaker of the light in 1919. The present wooden, pyramidal tower was built in 1956 and has an exterior wooden catwalk that encircles its square, red-roofed lantern. The tower stands 5.5 metres tall and was electrified in 1956. In 2007 the lighthouse produced a red flash every three seconds, while its fog signal, installed in 1986, gave a blast every twenty seconds. St. Modeste Island Lighthouse was discontinued in 2010.

There was an East St. Modeste that was located on the opposite side of Pinware Bay, but this settlement was abandoned in the mid-1950s.

For a larger map of St. Modeste Island Lighthouse, click the lighthouse in the above map.

Near the ferry landing in Blanc-Sablon, go east on Route 510 for 45.5 km (28.4 miles) until you reach West St. Modeste, and then turn right onto McDonald Drive, from where St. Modeste Lighthouse is easily visible on the island just offshore.