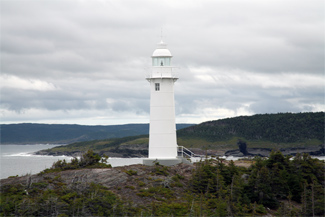 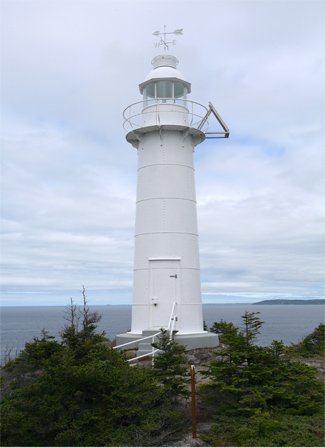 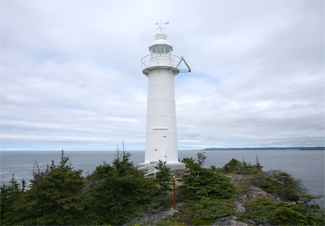 In the early 1800s, a St. Johns merchant named James MacBraire established his major fishing premises at Kings Cove. During the winter, MacBraire took several local young men to St. Johns to be trained in navigation, and as a result Kings Cove developed a reputation for its successful schooner captains who participated in the spring seal hunt and the summer Labrador fishery. At the time of the first official Newfoundland census in 1836, Kings Cove had a population of 413, which was significant as the total population of Bonavista Bay was only about 5,000. The MacBraire firm closed its premises in 1839, but they were reopened in 1845 by Michael Murphy and Sons, and Munn and Carroll opened a competing firm in the 1850s.

A petition from J.C. Shears and other residents of Kings Cove calling for the erection of a lighthouse on Kings Coves Western Point was presented to the Newfoundland government in 1873, but there was a debate among mariners whether a light in Bonavista Bay would be best at Western Point or on Little Denier Island. In the April 4, 1886 edition of The Evening Telegram, a Bonavista Mariner voiced his opinion, claiming a light on the western point of King's Cove can be easily discerned from the centre or southern side of the bay, and, by taking a course from Bonavista light, a ship might run up to King's Cove and need fear nor breakers or shallow water. In 1887, Inspector John T. Nevill examined Kings Cove and Little Denier Island and selected the latter. Little Denier Island Lighthouse commenced operation in October of 1888.

Kings Cove finally received a lighthouse in 1893, when a cast-iron tower was erected on Western Point at a cost of $4,358.41. Designed and manufactured in the Chance Brothers factory in Birmingham, England, the separate sections for the tower were shipped to Newfoundland and assembled at King's Cove using overlapping riveted joints, common to 1800's ship building and boiler making technology.

A Swedish Trotter-Lindberg revolving light, the first of its kind to be used in Newfoundland, was ordered for use at Kings Cove after favourable opinions of the apparatus were obtained from the Trinity Board and the engineer to the Commissioners of Northern Lighthouses. Under the Trotter-Lindberg system, the heat rising from the flame revolves a screen encircling the lamp to produce a flashing light. The screen at Kings Cove made twelve revolutions per minute and produced two flashes per revolution, for a characteristic of twenty-four, 1.25-second flashes per minute. The light had a focal plane of fifty-four metres. The tower was originally painted red, and a wooden store, also painted red, stood 26.8 metres from the tower.

James Batterton was appointed as the first keeper, and he evidently lived in town at first, as in 1896 the lighthouse inspector noted that a small house, contiguous to the light-tower, would be a convenience to the keeper. The inspector also recommended that the tower be painted white, as it was hard to distinguish during the day against the dark background provided by the pine trees. The tower and store were painted white in 1897, and a new two-storey dwelling, also painted white, was built in 1898.

Keeper James Batterton was born in Greenspond but had resided in St. John's for fifteen years prior to relocating to King's Cove. Batterton had previously served as a coxswain aboard the S.S. Plover under Captain Samuel Blandford. Shortly after his election to the House of Assembly representing Bonavista, Blandford appointed Batterton as the first lighthouse keeper at King's Cove, much to the dismay of the local population who asked, was there not one man in King's Cove who could light a lamp?

James died in 1902 and his duties were passed down to his son Philip. Philip and his wife raised seven children at the lighthouse. A two-storey stable, a pig barn, and a double outhouse were added to the station, and the keeper and his family cleared land so vegetables could be cultivated.

On November 14, 1929 a new and more powerful occulting light commenced operation at Kings Cove with a characteristic of fourteen seconds of light followed by six seconds of darkness. The light source was changed to acetylene gas in 1931, and at that time the characteristic became sixteen flashes per minute. The job of keeper became that of a caretaker at this time as the acetylene light needed little maintenance and officially listed as an unwatched light.

Philip retired in 1933 and moved his family to St. John's, and his older brother, James Jr., who owned a home in King's Cove, became caretaker of the light. The keeper's dwelling on the point was sold to the Murphys from Keels in 1935 and removed by them. In 1955, James Jr. died, and the position of lightkeeper was passed to the Maddox family. Tom Walsh took over from 1992 until 2000, at which time the tradition of lightkeeper ceased and the lighthouse was taken over by the Canadian Coast Guard.

Advances in technology permitted a change to battery power from 1974 to 1984. The batteries usually lasted a year. In 1984 a battery and solar collector power source was introduced. A 33 watt, 12 volt solar panel charges two lead acid batteries which run the light automatically. The current light uses a Seagull 200mm lens and 0.77 ampere bulb. In addition to the brilliant light, a fog horn sounded from 1930-1940 to warn ships in foul weather.

For a larger map of Kings Cove Head Lighthouse, click the lighthouse in the above map.

Take Route 235 to King's Cove and park at the Saints Peter and Paul Church, where you will find the trailhead for King's Cove Lighthouse Trail. The 1.7 km, Inner Loop leads to the lighthouse and takes roughly 45 minutes.


A sign at the trailhead provides a map of the nearby trails. Be sure and go a short way west of the lighthouse and climb up to Fish Point Lookout for what I think is the best view of the lighthouse.