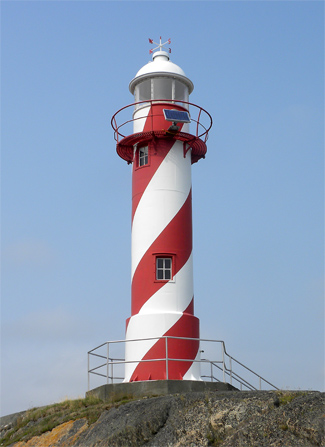 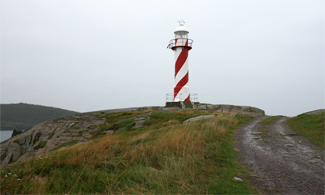 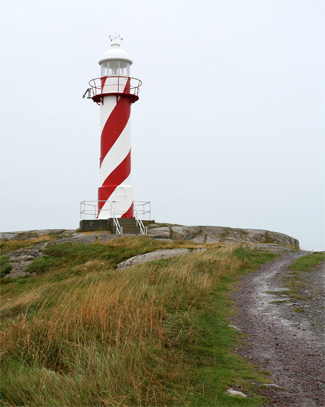 Hearts Content is located on the eastern side of Trinity Bay, about halfway up the Bay de Verde Peninsula. Its urn-shaped harbour, defined by Norther Point and Souther Point, is well protected and was part of the reason why in 1871 Lovells Newfoundland Directory described it as the most important [fishing] station on the south side of Trinity Bay. Many of its residents were employed in shipbuilding, and aboard ships produced there in the pursuit of fish and seal in Labrador. Cyrus W. Field, an American businessman and financier, created the Atlantic Telegraph Company, along with other entrepreneurs, and led the laying of a telegraph cable between Nova Scotia and Newfoundland in 1854, before successfully bridging the Atlantic. The story of the attempt to lay the first transatlantic telegraph cable is recounted below. Henry Field, son of Cyrus, wrote a pamphlet on his fathers undertaking that gave the following description of Hearts Content.

The little harbor in Newfoundland that bears the gentle name of Hearts Content, is a sheltered nook where ships may ride at anchor, safe from the storms of the ocean. It is but an inlet from that great arm of the sea known as Trinity Bay, which is sixty or seventy miles long, and twenty miles broad. On the beach is a small village of some sixty houses, most of which are the humble dwellings of those hardy men who vex the Northern seas with their fisheries. The place was never heard of outside of Newfoundland till 1864, when Mr. Field, sailing up Trinity Bay in the surveying steamer Margaretta Stevenson, Captain Orlebar, R. N., in search of a place for the landing of the ocean cable, fixed upon this secluded spot. Hearts Content was chosen  because its waters are still and deep, so that a cable skirting the north side of the banks of Newfoundland, can be brought in deep water almost till it touches the shore. All around the land rises to pine-crested heights; and here the telegraphic fleet, after its memorable voyage, lay in quiet, under the shadow of the encircling hills.

The population of Hearts Content doubled in the half century following the arrival of the telegraph cable, but today the population has fallen back to its 1860s level of roughly six hundred.

Lighthouse Inspector John T. Nevill noted that in 1893 surveys for lighthouse sites on the south side of Trinity Bay had been made, resulting in Hearts Content being selected as a suitable site. A road was built from the harbour to the Southern Head and a cast-iron tower, fabricated at the Victoria Works in St. Johns, had been landed at Hearts Content, ready for erection in the spring of 1894.

Work on setting up the tower commenced in 1894, but had not proceeded far when it was stopped by executive order, and the tower and materials were transferred to Motion Island, off Random Head. The cylindrical tower and accompanying dwelling were completed on Motion Island in 1894, but Random Head Lighthouse was not lit until the following year, due to the delay in obtaining the optical apparatus.

Hearts Content did eventually receive a lighthouse, but not until 1901, when a circular iron tower, painted red and white spirally, was erected on Norther Point. A small dwelling was originally connected to the southern side of the tower by a covered passage way. The dwelling and passageway were painted white and had black roofs. The tower displayed a fixed red light at a focal plane of 25.5 metres. Barzillia Budden served as the first keeper of the light.

The towers light source was changed to electricity in 1931, and after that time a caretaker was contracted to look after the light.

The lighthouse was designated a Recognized Federal Heritage Building in 1990.

From Highway 1, take Exit 28 and follow Route 80 north up the western side of the Bay de Verde Peninsula for 59 km (37 miles) to the town of Heart's Content. At the north end of the town, turn west onto the road that runs along the harbour and you will reach the lighthouse after 1.3 km (0.8 miles).


While in Heart's Content be sure and stop at the Telegraph Station Museum, where you can learn about the following historical event:

On July 27, 1866, a cable was hauled ashore at Heart's Content, linking North American with Europe. This feat permanently changed personal, commercial and political relations between the people on both sides of the Atlantic.

The first attempt at laying a transatlantic cable occurred in 1857 when the Niagara and Agamemnon set off from Ireland, each ship loaded with 1,300 miles of cable. In mid-ocean, the two cables were to be spliced and the Agamemnon continue on toward Newfoundland, but unfortunately the Niagara's cable parted after only 335 miles. The following year, the two ships successfully bridged the Atlantic, but the submarine cable went dead after just four weeks.

After several years of fundraising, another attempt was made using just one ship, the Great Eastern. The vessel left Ireland on July 23, 1856 with 2,700 miles of cable weighing 3,575 pounds per mile, but just 600 miles from Newfoundland the cable snapped. Another attempt the next year proved successful. Five more cables were laid between Newfoundland and Ireland between 1866 and 1894, and the telegraph station at Heart's Content remained in operation until 1965.

On the shore near the telegraph station, you can still see some of the cables exiting the water.

Another nearby place that we found interesting was the Harbour Grace Airfield used by Amelia Earhart on May 20, 1932 to become the first woman to make a non-stop transatlantic flight. I guess both of these historic sites deal with bridging the Atlantic in some form, and its natural that they are in Newfoundland, the most easterly point in North America. You gain respect for these early aviators when you get a look at the grass airstrip with a rocky mound at one end.