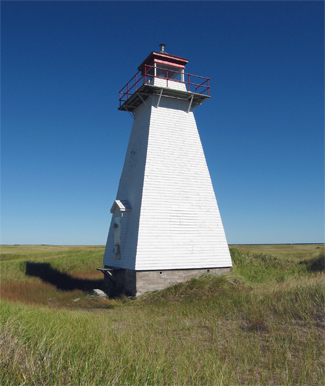 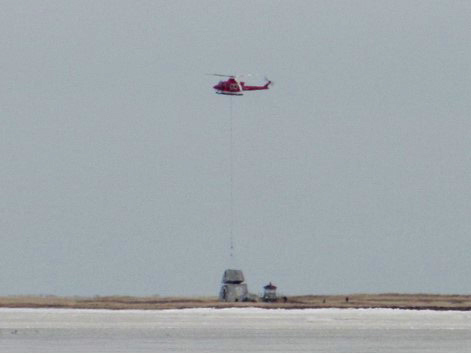 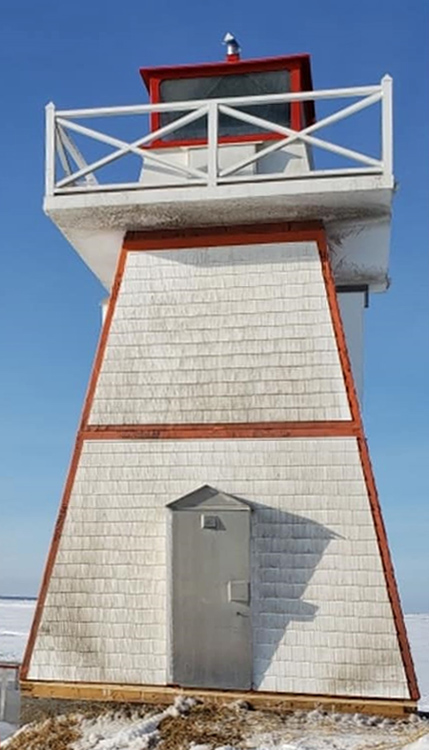 Bouctouche Dune or Sandbar is connected to the mainland at a point roughly three-and-a-half miles north of Pointe à Jérôme and extends southeast for over seven miles, providing protection for the waters of Buctouche Bay. The southern tip of the sandbar lies about a mile off of Saint-Thomas-de-Kent, near where the Point Dixon Range Lights were established in 1881 to assist vessels in finding the entrance to the bay. Several years later, the Department of Marine decided that a light to mark the southern end of Bouctouche Dune was needed. The following extract from the departments annual report provides details on the construction of the Bouctouche Bar Lighthouse.

A lighthouse on the southern extremity of Buctouche sand bar was put in operation on October 10, 1902. The lighthouse is a square wooden building, surmounted by a square wooden lantern rising from the middle of the cottage roof. The building and lantern are painted white. The lighthouse is 35 feet high from its base to the ventilator on the lantern, and is located on land 4 feet above high water mark. The light is fixed white dioptric, elevated 38 feet above high water mark, and visible 11 miles from all points of approach by water. The work was done by Mr. G.W. Palmer, of Kars, whose contract price for the building was $1,289.

In 1907, 375 feet of close pilework was put in place to protect the lighthouse from the encroaching sea, and the following year roughly 400 more feet of pilework were added and the boathouse was moved back to a safer position.

Irving Eco-Centre: La dune de Bouctouche was established by J. D. Irving, Limited to protect and restore the important sand dune that provides habitat for numerous shorebirds and other migratory birds. A two-kilometre-long boardwalk allows visitors to observe the flora and fauna found on the dune without impacting the sensitive ecosystem.

For a larger map of Bouctouche Bar Lighthouse, click the lighthouse in the above map.

From Highway 11 in Bouctouche, take Exit 32 and travel east on Boulevard Irving. As you leave Bouctouche, the road will become Chemin Du Couvent (Route 475), which you need to follow for 9 km (5.6 miles) to reach Irving Eco-Centre: La dune de Bouctouche. From there, it is a 22 km (13.8 mile) round trip hike out to the lighthouse. Alternatively, the lighthouse can be seen at a distance from Route 535 in Saint-Thomas-de-Kent.