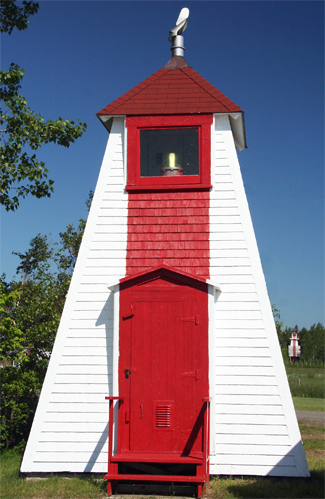 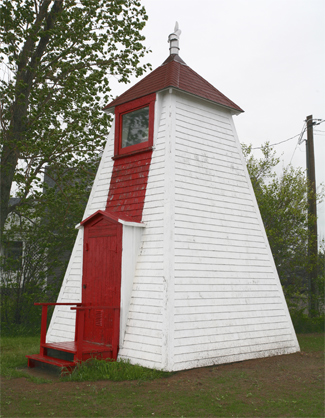 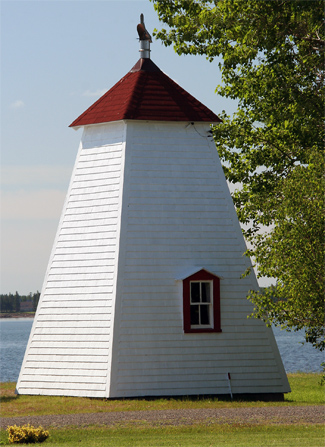 Pointe à Jérôme, Pointe à Jacquot, and Dixon Point are three fingers of land that jut out into Bouctouche Bay and were among the first sites to be settled in the area. Pointe à Jacquot was home to Bouctouches first Roman Catholic Church. The church burned down in 1921, but the associated convent now serves as the Kent County Museum, and the rectory/manse is now operated as Auberge le Vieux Presbytère.

A set of range lights was established on Dixon Point in 1881 to guide vessels to the entrance of Bouctouche Harbour, which lies between Dixon Point and a lengthy sand dune that shelters most of the harbour. Two years later, a second set of range lights was constructed at Pointe à Jérôme, which was also known as Church Point or Indian Point. The 1883 Annual Report of the Department of Marine and Fisheries provides details on the original range lights on the point.

Two range lights were established during the past season upon Church or Indian Point, on the north side of Buctouche Harbour, on the Straits of Northumberland. Both lights are fixed white catoptric, and shown from small square wooden towers 23 feet high, the front light being visible in the line of range for 9 miles and the back light for a distance of 12 miles. The lights are 660 yards apart and in range lead into the harbour through the deepest channel, clear of all obstructions, from the line of range of the Dixon Point Lights to the point where the channel turns abruptly to the westward to enter the Buctouche River.

Dosithee O. Maillet was appointed first keeper of the range lights at an annual salary of $150. When the lights were electrified in 1963, Gerald Maillet was serving as their keeper at an annual salary of $750. As an official keeper was no longer needed after electrification of the lights, Gerald Maillets title was changed to caretaker and his salary reduced to just $100.

The present Pointe à Jérôme Range Lights consist of a 20.7-foot-tall, square, pyramidal front tower and a 44.6-foot tall, skeletal rear tower with an enclosed upper portion. Both towers have a red, vertical stripe on the range line. The range lights were discontinued in 2014, after the Canadian Coast Guard published a notice of its intent to extinguish the range and gave mariners and other interested parties three months to comment.

For a larger map of Pointe à Jérôme Range Front Lighthouse, click the lighthouse in the above map.

From Highway 11 in Bouctouche, take Exit 32 and travel east on Boulevard Irving. As you leave Bouctouche, the road will become Chemin Du Couvent (Route 475), which you need to follow for 3.5 km (2.2 miles). At this point, the front tower will be on the seaward side of the road and the rear tower in a field on the opposite side.