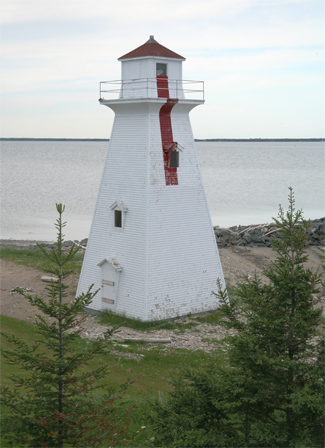 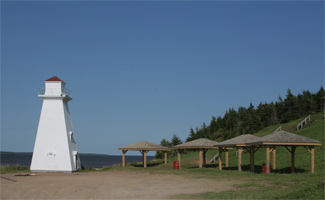 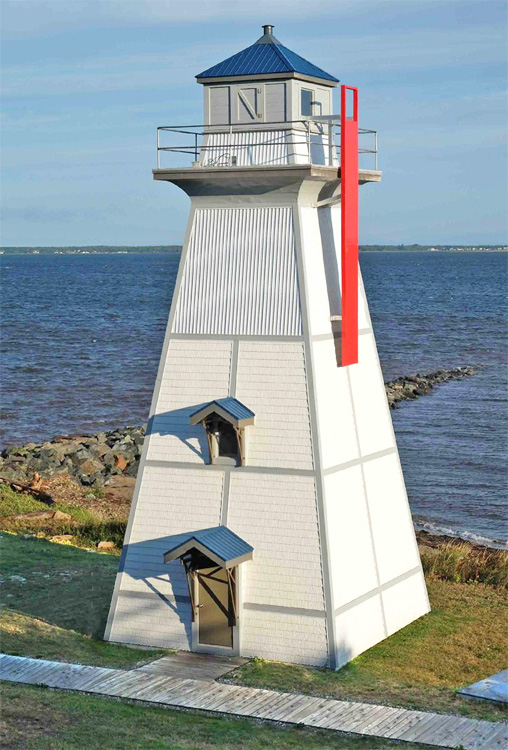 A set of skeletal range lights was established at Pointe à Brideau in 1978. Several years later, the Town of Caraquet developed their beach area around the rear range tower. Unimpressed with the Coast Guard's skeletal rear range tower, the town received permission to construct a "wrapper" around the tower. The resulting lighthouse, built in 1991, is an accurate representation of historic range towers built under the Department of Marine.

The town's work to improve a Coast Guard tower is similar to what was done at Campbellton in 1985, only the tower in Caraquet is a more accurate representation of a Canadian lighthouse. The Town of Caraquet is responsible for the maintenance of the wooden shell, while the Coast Guard looks after the navigational aid inside.

For a larger map of Pointe à Brideau Range Rear Lighthouse, click the lighthouse in the above map.

From Route 11 just west of where it intersects with Route 145 in Caraquet, take Rue Foley down to the shore where you will find Pointe à Brideau Range Rear Lighthouse.

The lighthouse is owned by the City of Caraquet. Grounds open, tower closed.