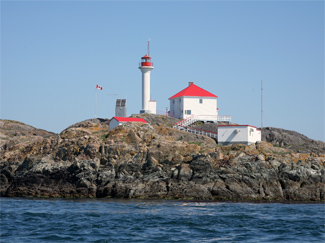 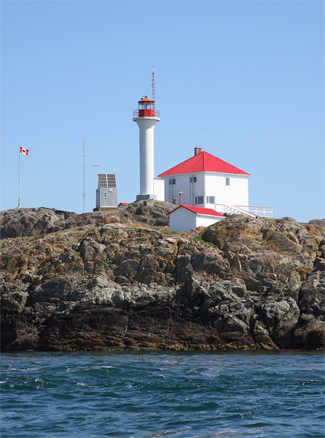 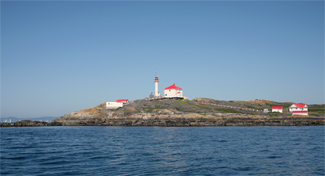 On Friday morning, March 22, 1895, Frederick Adams sat down and wrote out his will. For the last two years, he had been overseeing the construction of the Legislative Buildings in Victoria, engaging in a cantankerous relationship with the hot-tempered architect Francis Rattenbury. Adams, in his mid-fifties, later that night would board the steamer Velos, with the barge Pilot in tow, and start a 250-mile journey to Haddington Island, near the northeast corner of Vancouver Island to procure a load of stone for the buildings. It would be his last day. The weather had turned sour, and Captain James L. Anderson of the Velos suggested they delay the trip until the storm cleared, but, being behind schedule, Adams was anxious to get under way.

At 9:30 p.m., Captain Anderson, Adams, and five crewmen aboard the Velos, and twenty-four men, mostly laborers and stonemasons, on the Pilot left Victoria Harbour.

Around 10:00 p.m., as they entered Enterprise Channel between Oak Bay and Trial Island, they came up against a fierce southeasterly gale meeting the flood tide. Captain Anderson, thinking the weather too rough to proceed, attempted to turn back to Victoria. In the process of turning, the sea struck the rudder, causing the rudder chains to break and the Velos went broadside in the violent current. Almost before the crew realized the chains were broken, the sea thrust the steamer onto rocks lying out from the mainland, and she quickly sunk, stern first, leaving just a portion of the bow above water. The crew attempted to use the lifeboats, but the steamer filled so quickly, it was impossible to lower them.

Mate Andrew Christensen later testified, When our boats carried away, I saw the barge Pilot coming down on us and I knew that I had no time to clear the boats, so I sung out to the rest of them to get ready for a jump to the barge. On the deck at the time were Captain Anderson, Chief Engineer Arthur Bloor, his assistant William Law, Bob Smith the cook and the deckhand Frank Duncan. Adams was last seen in the galley.

Thinking that the barge would go right through the Velos, Christensen recalled, I jumped for the hawser, which was slack at the time, caught it and climbed aboard the Pilot. She was then only about three feet away and somewhat higher out of the water than the steamer. She remained close to the steamer for just one sea. She struck a rock which turned her out of her course before she could hit the Velos. Frank Duncan attempted to follow Christensen up the hawser, but was swept out to sea.

The Pilot crew tried to lower their only boat to rescue those on the Velos, but the small craft was crushed as soon as it hit the water. Those on the Pilot could hear the crew of the Velos calling, but could not understand them or see them in the darkness. The barge finally grounded on Trial Island, where the men clambered ashore.

Of the remaining men on the Velos, only Captain Anderson survived. As the steamer sank, he tried to reach Trial Island by swimming and ended up being carried in on two great waves, badly injured and half frozen.

Ten years and several shipwrecks later, a lighthouse was erected on Trial Island.

Trial Island received its name from the practice of sending British naval ships for a trial run out to the island and back after they were refitted at Esquimalt Harbour. The island, a barren arid hump rising eighty feet above high tide, is separated from Oak Bay by a mere three hundred feet. Tide flows through narrow Enterprise Channel reach six to seven knots, and experienced mariners only enter it when conditions are ideal.

Trial Island Light Station, located at Staines Point, near the highest place on the island, was completed in 1906, consisting of a diaphone fog alarm and a square, two-story keepers dwelling with a square lantern room centered on its roof. A temporary fixed light was installed in the lighthouse until a fourth-order Fresnel lens arrived from Birmingham, England, and was put in place on November 16, 1908. The foghorn, which emitted a three second blast each minute, was put in operation on September 1, 1906, and the temporary light followed suit on November 1, 1906. George H. Frost was contracted to construct the station, which cost roughly $12,000.

The first keeper, Harrold Shorrock OKell, held a Mates Certificate for Coasting Canadian waters, but his career at sea was cut short after a cable snapped, shattering his shin bone. Hobbling around on a cork leg, he served for twenty-five years at the light. Water for the station was captured in an 800 cubic feet cistern, located under the kitchen, but was in such short supply, that on weekends, the OKells would row to town to bathe.

Ian McNeil, who served as keeper from 1999 to 2007, still struggled with a limited water supply and recalls that he and his wife would fill up water cans every time they went to Oak Bay for supplies.

In 1910, OKells father died unexpectedly, and A.E. Roberts was sent with a boat party to break the news. Bad weather prevented Roberts from reaching the island for over a day and half. The stormy weather prompted Roberts to report, had there been a wreck off the island Friday night, the men on the island could not possibly have launched a boat and would have looked on in utter helplessness while their fellows drowned before their eyes. Roberts recommended that a telephone be immediately installed on the island so the keepers could notify Victoria if rescuers needed to be dispatched to aid anyone in distress.

The telephone made Trial Island an important link in the search and rescue network. Forty years later, the Department of National Defense wanted to remove the underwater phone cable and place it somewhere else. Tom Morrison, the marine agent, wrote Ottawa a letter wherein he reviewed Trial Islands history, beginning with the wreck of the Velos and carefully pointing out the stations role in saving lives. One example he cited occurred in 1944, when the keeper rescued five people from a crippled yacht and brought them to his home. The life of one seriously injured passenger aboard the yacht was saved only because the keeper received timely medical advice over the phone. The telephone line remained in place.

In 1970, a cylindrical concrete tower with a lantern and galley was built a few feet away from the dwelling, replacing the original light. It stands thirteen metres (forty-two feet) tall, with a focal plane of twenty-eight metres (ninety-three feet), and flashes a green light every five seconds. The old lantern room and Fresnel lens were carefully dismantled and reassembled in Victorias Bastion Square, where Trial Islands historic light still flashes every night to the delight of tourists.

Surging riptides, currents, and boils continue to plague Enterprise Channel, and the keepers play a vital role in helping those caught off guard. In 1997, Keeper Iain Colquhoun saved a kayaker from drowning. And even more recently, in June 2009, five inexperienced kayakers capsized when they were swamped by the wake of a powerboat. They bobbed in the chilly water until the keepers alert eyes on Trial Island saw them and notified the Coast Guard.

In September 2009, the Canadian government announced that Trial Island Lighthouse and three others in British Columbia would soon be de-staffed as part of the first phase of a cost-savings plan to eliminate all remaining lighthouse keeper positions. Though admittedly the light at Trial Island has been automated for some time, history has demonstrated the benefits of a watchful lookout for the surrounding busy and treacherous waters. Canadian keepers won a reprieve in 2010, when a Standing Senate Committee, after visiting some of the staffed stations in Newfoundland and British Columbia, recommended that the de-staffing effort be stopped.

For a larger map of Trial Islands Lighthouse, click the lighthouse in the above map.

Trial Islands Lighthouse is best seen by boat, and is often passed by whale watch boats out of Victoria. A distant view of the lighthouse is possible from Beach Drive near Victoria Golf Club, on the southeast tip of Vancouver Island.


We just happened to have scheduled a boat trip out to Trial Island and Discovery Island that coincided with the 10a.m. start time of the 2009 Swiftsure International Yacht Race. We were right at the starting line when a military vessel fired off its gun to start the longest race that takes sailboats from Victoria out to Swiftsure Bank, just offshore from the entrance to the Strait of San Juan de Fuca, and back to Victoria. This journey takes roughly a full day to complete for the fastest boats, depending, of course, on conditions.

There must have been close to two hundred sailboats bunched up at the starting line, though only a few of these participated in the longest race. From some reason, seeing all the sailboats so close together was a bit eerie and made me think I was in the middle of a sailboat graveyard. I just wish the wind that morning would have been blowing from the east so the sailboats would have been displaying their giant spinnakers. There wasn't much wind to speak of at race time so we certainly didn't witness a jackrabbit start.