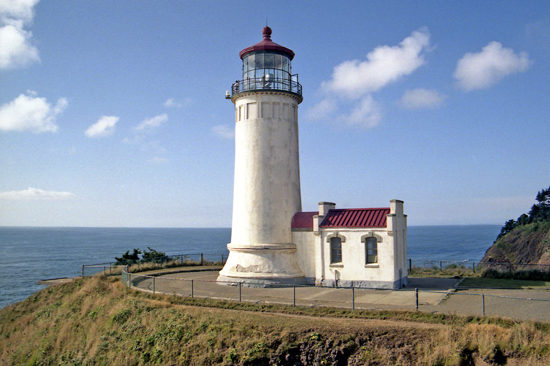 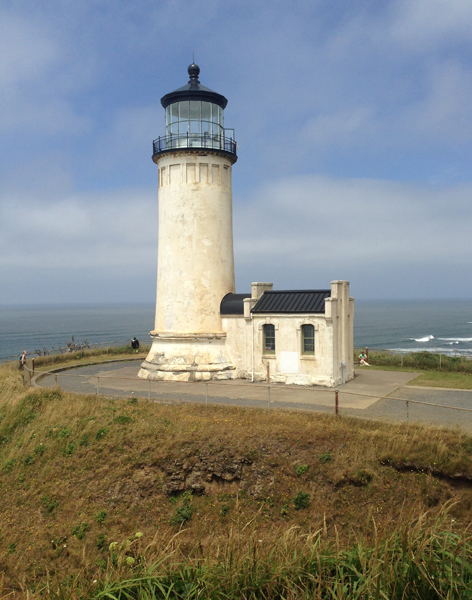 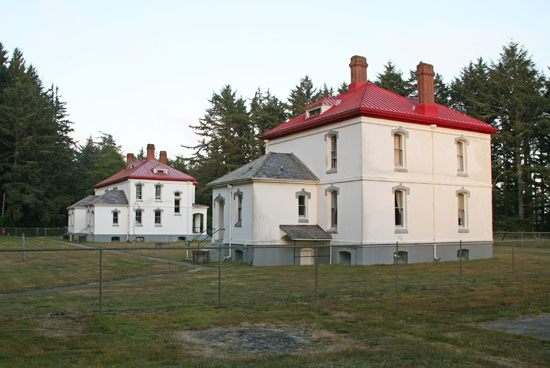 After Cape Disappointment Lightstation was established in 1856 to mark the entrance to the Columbia River, mariners approaching the river from the north complained they could not see the light until they had nearly reached the river. Their cry for an additional lighthouse was supported by the many shipwrecks that occurred along the Long Beach Peninsula, just north of the cape.

In 1889, the Lighthouse Board threw their support behind a new lighthouse at North Head, writing:

The present light at Cape Disappointment is inadequate for the purposes of commerce and navigation. It is believed that if North Head is marked by a first-order light, and the proposed lightstations at Grays Harbor and Destruction Island are completed, that the Pacific coast will be well supplied with lights of the first order from Cape Flattery to Tillamook Rock. Proper measures should be taken for the establishment of a first-order light at North Head. This, it is estimated, will cost $50,000. When this light is established, the first-order light at Cape Disappointment will no longer be necessary, and it is proposed to then reduce it to a light of the fourth-order. It will then be of sufficient power to benefit vessels close to the bar outside and vessels in the Columbia River.

On February 15, 1893, Congress authorized the construction of a lighthouse on North Head at a cost not exceeding $50,000, and it then provided the first $25,000 on August 18, 1894, and the additional $25,000 on March 2, 1895. Bids for constructing a wagon road to the construction site from the target grounds at nearby Fort Canby were opened on July 15, 1895, but as the lowest bid greatly exceeded the estimate, the road was built by hired labor with materials purchased on the open market.

Separate contracts were awarded in September 1896 for providing the towers metalwork and for constructing the stations building. The metalwork was to be delivered to the wharf at Fort Canby by February 23, 1897, but it didnt arrive until August 15, 1897, 173 days late. As a penalty for the delay, the contractor was fined $4,325 or $160 more than the value of the contract.

George Langford, the contractor responsible for the stations structures, completed the dwellings, barn, and as much of the tower and two oil houses as possible without the metalwork by the spring of 1897. After the metalwork arrived, Langford finished his work on November 15, 1897.

Designed by Carl W. Leick, North Head Lighthouse consists of brick masonry built atop a sandstone foundation and finished with a cement plaster overlay. Sixty-nine steps lead to the lantern room, which is sixty-five feet from the ground and 194 feet above sea level. The first-order, Louis Sautter & Co. Fresnel lens, which was transferred from Cape Disappointment Lighthouse, was lit for the first time on May 16, 1898.

Alexander K. Pesonen, who had been serving as head keeper at Tillamook Rock Lighthouse, was transferred to North Head to be its first keeper. Keeper Pesonen was born in Finland in 1859, and immigrated to the United States in 1876. Pesonen was awarded the lighthouse efficiency flag for having the model station in the district in 1919.

Freed from the isolation of Tillamook Rock, Pesonen married Mary Watson in 1890, two years after arriving at North Head. In the spring of 1923, Keeper Pesonen took his wife to a doctor in Portland, Oregon, where she was diagnosed with melancholia, a condition marked by persistent depression and ill-founded fears. The couple returned to North Head on June 8, and the following morning, Mary arose early and went for a walk with her dog Jerry.

The dog returned a short while later, and its queer antics alerted Keeper Pesonen that something was wrong. The local paper explained what happened next:

He notified the boys at the radio station and also at the weather bureau, and a searching party was soon organized. The dog led searchers to a spot just under the fire control station near the North Head Lighthouse, and there they found her coat lying on the edge of the cliff. A trail through the tall grass, as though someone had slid down the cliff, was mute evidence of what had befalled the unfortunate woman.

At extreme personal risk, Second Assistant Keeper Frank C. Hammond recovered Marys body from the base of the cliff before the tide could carry it out to sea. Mary Pesonen was buried in Ilwaco, and when Alexander passed away two years later, not long after retiring, he was interred next to his wife.

Mary had become a member of the Unity movement, known for faith-based healings, a few years before her death, and the night before she slipped down the cliff, she wrote a letter which included: I see where I have been wrong in a great many ways but please God I will try and change and do betterI'm even going to try and do without my medicine and just pray Ill get better and better.

Mabel Bretherton, the only female keeper at North Head, was transferred to the lighthouse from Cape Blanco in 1905, retaining her position as a second assistant keeper. Mabel had been married to Bernard J. Bretherton, who served as an assistant at Coquille River Lighthouse until his death in February 1903 of tuberculosis. The Lighthouse Service often offered employment to the widows of keepers to help them support their families, and such was likely the case with Mabel, as in 1903 she had three children under ten. Mabel left lightkeeping in 1907, and by 1910 she was working as the superintendent of a Womens Exchange in Portland.

On at least two occasions, keepers at North Head had to rescue people who got too close to the edge of the cliffs. On September 7, 1931, First Assistant Keeper Clayborn R. Williams rescued a man who was hanging to a cliff south of the station and was in imminent danger of falling seventy-five feet to the sea below. Three years later, Keeper Andros G. Siniluoto rescued a man who had survived a 100-foot fall from the cliffs to the rocks below.

North Head is one of the windiest places in the United States, with wind velocities in excess of 100 mph being frequently measured. The U.S. Weather Bureau built a station on North Head between the lighthouse and keepers dwellings in 1902. On January 29, 1921, winds were clocked at 126 mph before the measuring instrument blew away. Fearing for their safety, the weather observers sought refuge in the keepers dwellings as they were more sturdily built. The weather station closed in 1955, and the buildings were later demolished.

The U.S. Army ran a signal station at North Head during the first part of the twentieth century to communicate weather observations to passing vessels as well as to the batteries at Fort Canby. Residences for the personnel were located north of the keepers dwellings, while the operations building was situated between the keepers dwellings and the weather station. The cement patch just west of the head keepers residence is what remains of a tennis court built by the Signal Corps.

On April 19, 1932, a wild duck went crashing through one of the storm panes in the lantern room, causing slight damage to the lens. Wire nets had been placed around lantern rooms at other stations to prevent such occurrences, but incidents of this sort rarely occurred at North Head.

A fourth-order lens replaced the original first-order lens in 1937, two years after electricity came to the station. Five years later, on June 22, 1942 at 12:35 a.m., the keeper was ordered to turn off the light. Fort Stevens, Oregon had just been fired upon by a Japanese submarine, and as part of a strategy to keep the location of Fort Stevens and Fort Canby hidden, the surrounding lighthouses were darkened until the danger was over.

In 1950, two revolving aerobeacons replaced the fourth-order lens. The light was automated in 1961 when photoelectric cells were installed to turn the light on and off, and the last keeper left on July 1, 1961.

With the keepers gone, the lighthouse began to deteriorate. Fortunately, the Coast Guard restored the lighthouse in 1984, allowing the tower to be opened to the public under the direction of Cape Disappointment State Park. The keepers dwellings, located about a half-mile into the woods from the tower have also been restored, and since 2000, both the keepers duplex and the single-family dwelling have been available for overnight stays. Prior to this, the housing was used for park rangers.

Two of the Fresnel lenses used at North Head Lighthouse have been preserved. The first-order lens, which was on display outside the lighthouse in 1951, can now be seen at the Lewis and Clark Interpretive Center inside Cape Disappointment State Park, and the fourth-order lens is housed at the Columbia River Maritime Museum in Astoria, Oregon. The two aerobeacons remained in the lantern room until September 28, 1992, when a modern beacon was mounted on the top railing outside the lantern room. A Vega rotating beacon, lit by a twelve-volt bulb that is on a six-bulb appliance that rotates in a new bulb when one burns out, was installed back inside the lantern room in December 1996.

Congress approved the transfer of North Head Lighthouse to the Washington State Parks and Recreation Commission in 1983, but the area around the tower was known to be contaminated due to the use of lead-based paint, and the Comprehensive Environmental Response, Compensation and Liability Act of 1980 (CERCLA) requires that any federal agency transferring real property out of federal ownership must certify that all remedial action necessary to protect human health and the environment has been taken. As cleaning up the property was not a high priority for the Coast Guard, the transfer was postponed.

On October 17, 2011, White Shield, Inc., under a contract with the Coast Guard, initiated the cleanup of the contaminated soil surrounding the lighthouse. Title to the lighthouse was finally transferred in October 2012 to Washington State Parks, who in conjunction with the Keepers of North Head Lighthouse soon began some of the roughly $2 million in repairs the lighthouse required. The Keepers of North Head Lighthouse have raised some funds through tours and merchandise sales, but plan to apply for Lighthouse Environmental Programs funds, which are raised through lighthouse license plate sales in the State of Washington. A celebration marking the transfer of the lighthouse was held in June 2013. The lantern room was restored in 2015, while the tower received much needed attention in 2016.

North Head is the most intact light station in the Pacific Northwest. All of its original buildings remaining standing, including the tower, two oil houses, two residences, a barn, chicken coop, and garages.

For a larger map of North Head Lighthouse, click the lighthouse in the above map.


The fog can really hang heavy along this section of the coast. I learned on a trip to this lighthouse that there are two common types of fog: radiation and advection. The fog seen in the middle picture is advection fog, caused by warm air from the land moving over the cooler waters offshore. The pine trees that line part of the trail to the lighthouse are quite adept at gathering the moisture out of the fog, and providing a free shower to lighthouse visitors. I guess you could call it the North Head Rain Forest.

In 2015, I returned to the lighthouse and spent three nights in the head keeper's dwelling as part of a family reunion that included 17 family members. We had a great time hiking in Cape Disappointment Park, bicycling along the Discovery Trail between North Head and Long Beach, visiting the Lewis and Clark Interpretive Center, and watching fourth-of-July fireworks from the lookout at the end of Bell's View Trail.