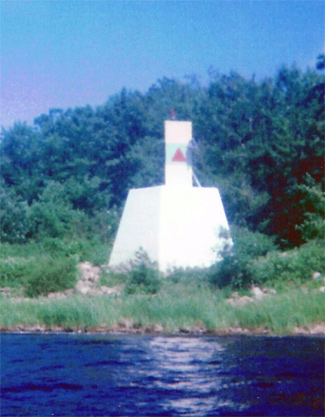 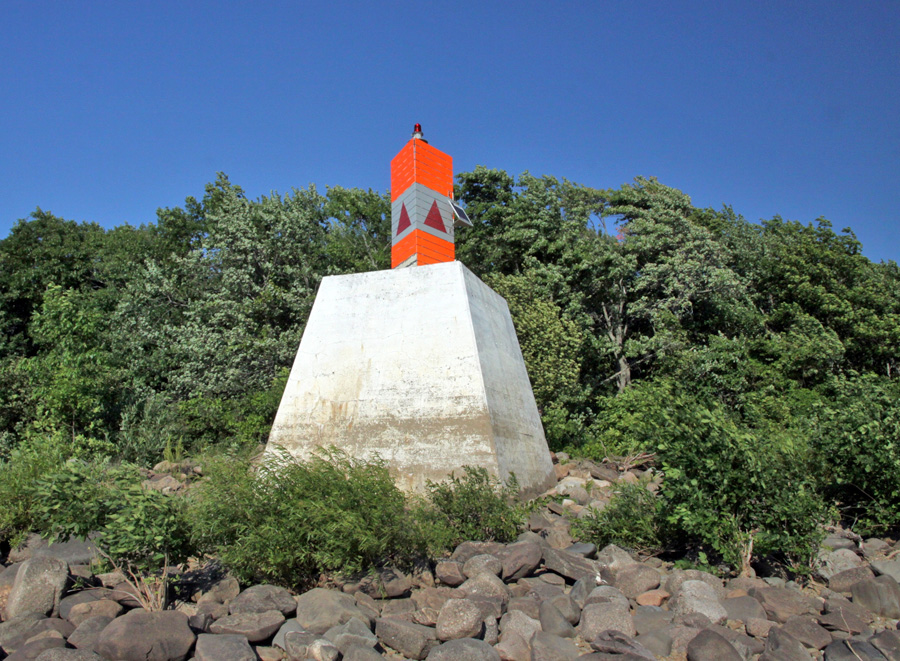 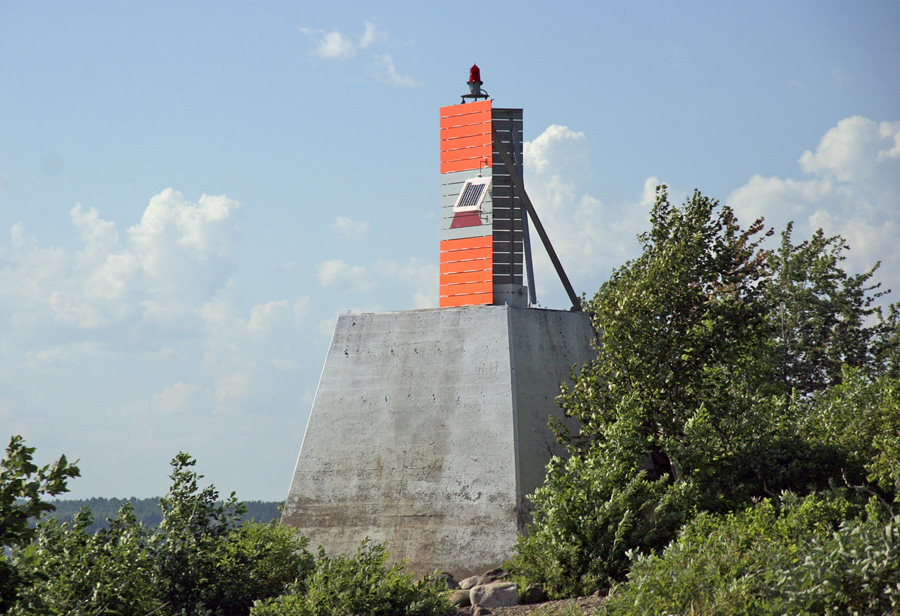 Grand Lake, the largest freshwater lake in New Brunswick, is thirty miles long and varies between three to nine miles in width. Quite amazingly, the lake experiences a tide of roughly six inches caused by its connection to the Bay of Fundy through the 6.7-kilometre-long (4.1-mile-long) Jemseg River and Saint John River. In 1875 the steamer May Queen would leave Saint John at 8 a.m. on Wednesdays and Saturdays bound for Grand Lake and the Salmon River, and then return downriver the following day. The trip was eighty-five miles in length and cost travelers $1.50. The ferry serviced various settlements on Grand Lake including Whites Cove and Cumberland Bay.

Six minor lights had been established along the Saint John River in 1869 to serve steamer traffic, but the next light constructed in the Saint John River watershed was not on the river itself but rather at Cox Point on Grand Lake. Two more lights were established on Grand Lake at Robertson Point and Fanjoys Point in 1871, and the lake received its fourth light in 1876 at McMann Point.

$650 was allocated for construction of the lighthouse at Cox Point, and this minor light commenced operation on May 3, 1871, with Michael J. Cox, the owner of the surrounding land, receiving an annual salary of $80 to serve as its first keeper. Three flat-wick lamps set in fifteen-inch reflectors were used to beam a fixed white light out over the lake. After two years of service, it was noted that the lighthouse needed additional bracing along with another window on its south side to guide vessels into Cumberland Bay.

Due to its exposed location, Cox Point Lighthouse was often struck by ice floes during the spring freshet. In 1888, the freshet tore the tower from the point, but it was quickly replaced and put in good order. When the tower was toppled again the following year, the Department of Marine raised the protective shore wall around the tower to better break the force of the ice.

In 1898, the exterior of the lighthouse was shingled and painted, and the lights four reflectors were resilvered. These reflectors were in use until 1905, when a seventh-order lens was installed in the tower.

Micah Y. Cox was appointed the second keeper at Cox Point in 1875 and served until his passing in 1892. As was customary, the Department of Marine gave the keepers widow, Eliza, a gratuity of two months of her husbands salary, and as no one else lived near the point, they also placed her in temporary charge of the light.

Eliza was still tending the light in 1897, when in May of that year Walter Butler sent a letter to a government official expressing his view that as the Liberals were now in charge a conservative such as Eliza Cox shouldnt be allowed to keep a government job. A woman is not eligible for a lightkeeper, I believe at any rate, Butler wrote, and there are some life long liberals living near who expected, and it was expected by the Liberal leaders here, that one of them would be appointed.

Butler anticipated that removing a widow from the position might be frowned upon, so he explained that Eliza was not a poor widow, but rather was flourishing like a green bay tree. Butler asserted that by some sort of chicanery Eliza had retained her deceased husbands rather fine property, and paid none of his debts.

There was indeed some reluctance to remove Eliza, but when she married later in 1897, the Deputy Minister of Marine & Fisheries informed her that her temporary appointment was being cancelled since she had re-married. Eliza was told to turn charge of the light over to William Barton, who had been recommended by Walter Butler.

Elizas new husband, Alexander McBaine, wrote back to the Deputy Minister expressing a desire to be appointed keeper. McBaine explained that he owned the land on which the lighthouse stood and was as good a Liberal as Barton, who lived two miles from the light and could never reach it during the spring freshet.

When William Barton showed up to take charge of the light Eliza refused to relinquish control or to allow Barton to pass over her land to reach the light, as the government had no right-of-way.

In January of 1898, John Kelly, Inspector of Lights, was sent to Cox Point to install Barton as keeper and make arrangement to purchase a right-of-way to the light. Inspector Kelly felt that $125 would be a fair price for the land, but Eliza and Alexander McBaine also wanted back pay in the form of $7/year for the previous twenty-eight years. Inspector Kelly recommended that they be given $200 total, for the land and back rent.

In a letter to the Minister of Marine and Fisheries dated April 5, 1898, Keeper Barton agreed to resign, citing that it was inconvenient for anyone to attend the light except those that live on the farm. It is doubtful if Keeper Barton had kept the light for more than a few days, as opening of navigation was typically around the first of April. Keeper Bartons resignation was conditional on Alexander McBaine being made keeper, and the Department of Marine was more than happy to comply so the whole matter could be settled. Alexander McBaine kept the light for at least twenty-years, and during his service a reinforced concrete tower was built at Cox Point in 1917 at a cost of $985.

For a larger map of Cox Point Lighthouse, click the lighthouse in the above map.