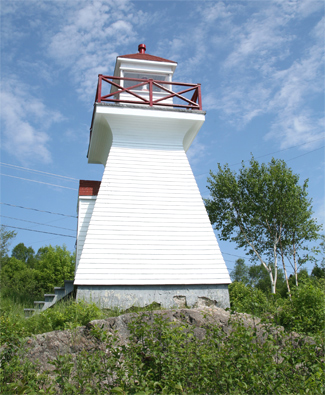 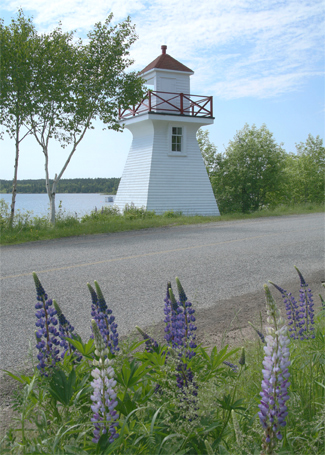 Bayswater Lighthouse was deactivated in 2005. Besides the tower, Bayswater also has an interesting covered bridge, dating from 1920, that spans nearby Milkish Creek.

In 2010, a local community group was given a two-year lease on the lighthouse. They quickly erected scaffolding and painted the tower, and then landscaped the area in 2011.

More than just beacons for navigation, heritage lighthouses are an integral part of the maritime identity of Canadians, said Alaina Lockhart, Member of Parliament. The Bayswater Lighthouse has been in the community since 1914 and I am delighted with the fact that it is now designated a heritage lighthouse. The lighthouse served traffic along the beautiful Saint John River including a ferry, recreational, fishing and touring vessels and I am happy that our community will continue to protect an important piece of Canada's cultural maritime heritage.

After the federal government provided $80,000 for renovations and maintenance, some internal beams were replaced during the summer of 2019, and the tower was given a fresh coat of paint.

For a larger map of Bayswater Lighthouse, click the lighthouse in the above map.

On Kingston Peninsula, take Route 845 just a short distance south of Bayswater and you will find Bayswater Lighthouse alongside the road.