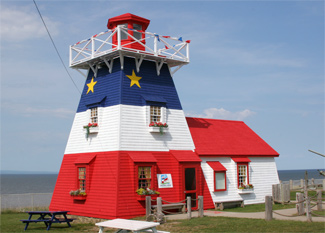 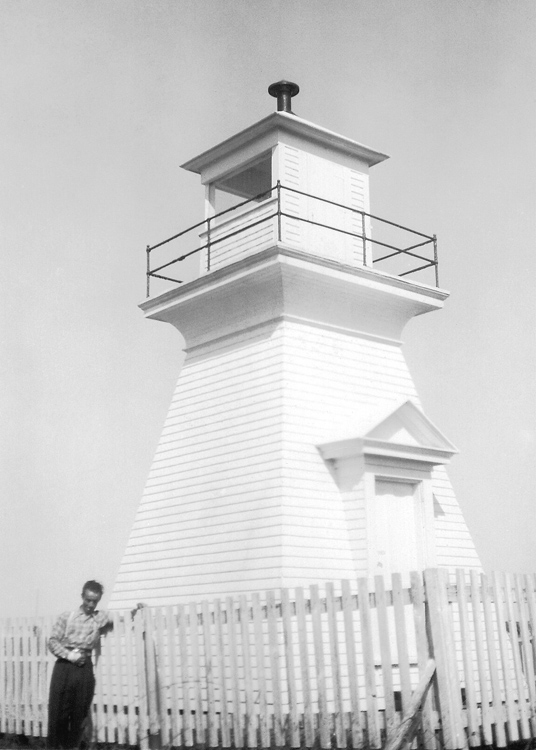 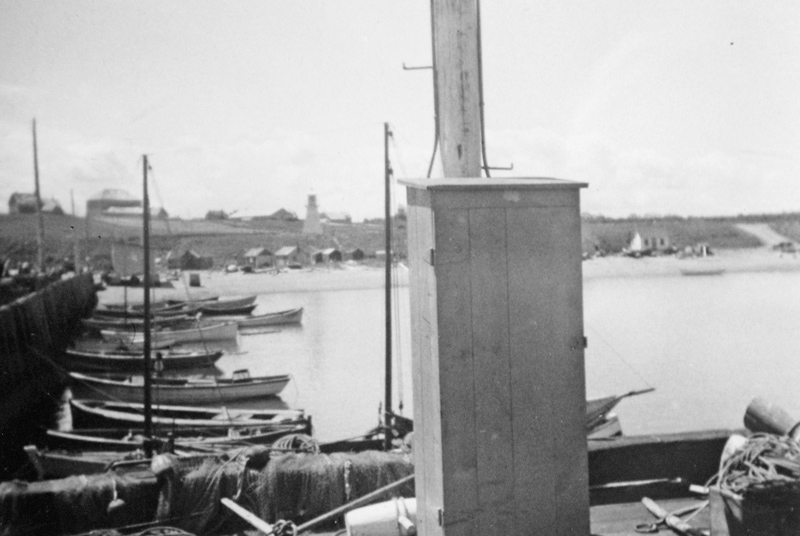 Please note that this is not a historic lighthouse but was rather built as a visitor information center.

Grande Anse did have an authentic lighthouse at one time as The George Eddy Company of Bathurst completed a seventeen-foot-tall wooden tower there in 1914 under a contract for $800. The 1917 edition of The St. Lawrence Pilot notes that Grande Anse had a population of 700 to 800 inhabitants, and that a boat harbour had been formed by constructing a breakwater in the bay. At that time, a 297-foot-long groin was being built to protect the boat harbour from the eastward.

The 1914 Grande Anse Lighthouse, a square wooden tower with sloping sides and equipped with a sixth-order lens, was originally situated just east of the inner end of the western breakwater at the boat harbour.

In 1947, a pole with a shed at its base started displaying a fixed white light to form a range with the light displayed from the wooden lighthouse. The wooden lighthouse served until 1965, when a modern light was established to serve as the rear range light at Grande Anse. Range lights marked the harbour into the 2010s, but today lights just mark the outer ends of the east and west breakwaters.

The faux lighthouse at Grande Anse was painted in the colours of the Acadian flag in 2001. Before that time, it was white with a red lantern and red trim, and a couple of large red question marks on its sides indicated the purpose of the structure.

For a larger map of Grande Anse Lighthouse, click the lighthouse in the above map.

Take Highway 11 to Grand Anse where you will find Grand Anse Lighthouse. Note that the lighthouse is not historic but rather a colorful tourist information center.