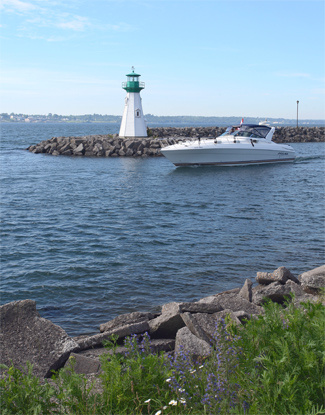 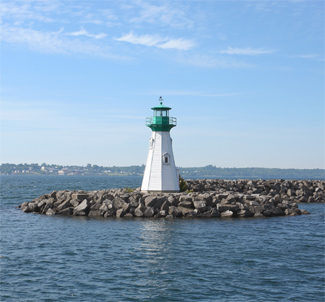 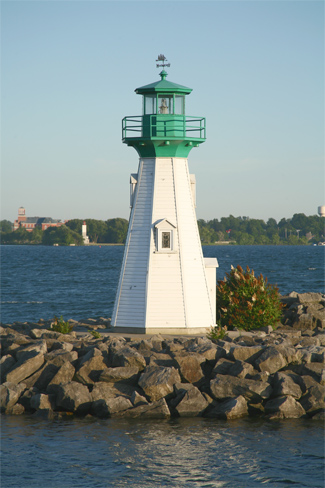 This modern octagonal tower, which is painted white and topped by a green lantern room, marks the entrance to Prescotts Sandra S. Lawn Harbour and Marina, which was built in the late 1908s. Called the Prescott Heritage Harbour Light on the Coast Guards official List of Lights, Buoys and Fog Signals, the lighthouse display a green light that is on for two seconds and then off for two seconds. The tower stands 6.8 metres tall and can be seen for up to six miles.

For a larger map of Prescott Heritage Harbour Lighthouse, click the lighthouse in the above map.

From Highway 401, take Exit 716 and drive south on Edward Street for 1.6 km (1 mile) to the river, and then turn left onto Water Street, where you can park and walk down to Sandra S. Lawn Harbour and Marina to get a good view of the lighthouse.