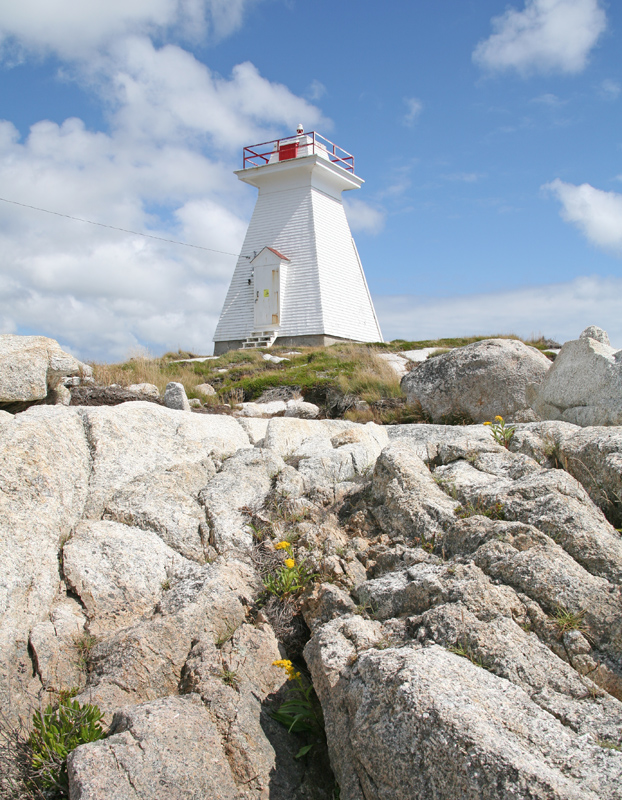 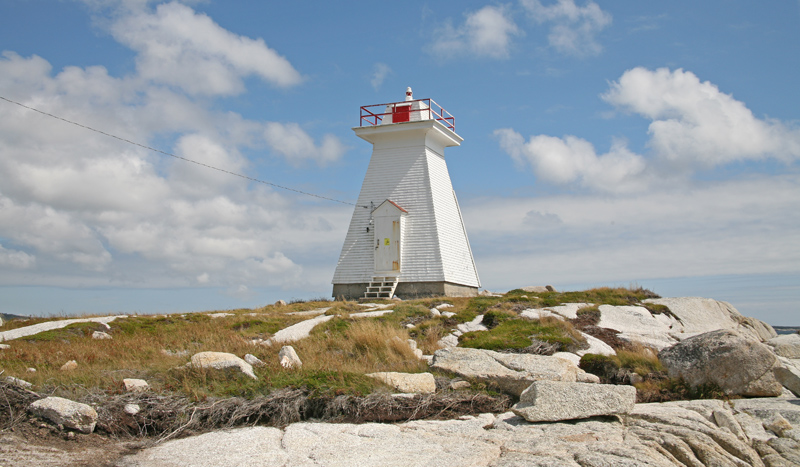 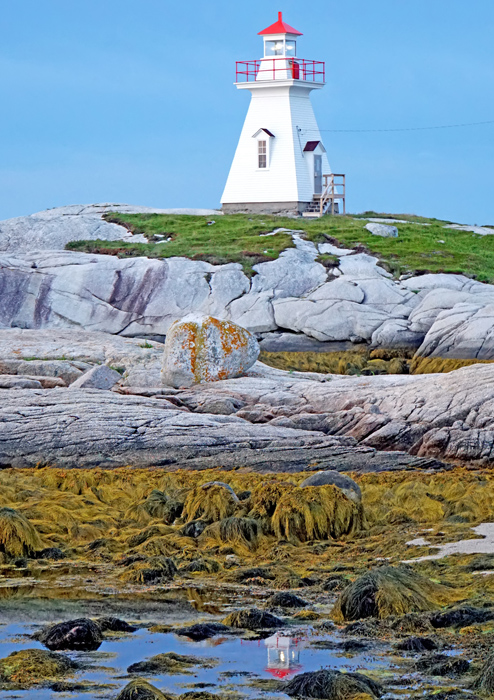 Terence Bay and the small community with the same name are located in the northwest angle of Pennant Bay. To mark the western side of the entrance to Terence Bay, a small dioptric lantern hoisted up a twenty-five-foot-tall mast was established in 1885 on Shipley Head. Patrick A. Fahey erected the mast and built the white shed at is base under a contract for $175. The light had a focal plane of fifty-five feet above the high-water mark and was intended chiefly as a guide to fishermen and coasters seeking refuge.

Peter Jollimore was appointed the first keeper of the light at an annual salary of $100 and served until 1900. Three years later, in 1903, the Department of Marine announced the completion of an enclosed tower to mark Terence Bay:

The light maintained on Shipley Head, at the entrance to this bay, on the south coast has been improved by substituting for the lantern on a mast a stronger light, shown from an enclosed lighthouse tower.

The tower stands where the mast and shed formerly stood; it is a square wooden building with sloping sides, surmounted by a square wooden lantern, the whole painted white; it is 32 feet high from its base to the ventilator on the lantern.

The light is a fixed red light, elevated 57 feet above high water mark. It should be visible 8 miles from all points of approach by water; the illuminating apparatus is dioptric of the seventh order.

The building was erected by day labour, at a cost of $471.

The final keeper of Terence Bay Lighthouse was Hezron Jollimore, who received his appointment on February 18, 1942. The light atop the tower was electrified in 1952, but Jollimore was still kept on as keeper until the light was fully automated in 1957. Jollimore was then retained as caretaker of the light for another decade though at a much reduced annual salary of just $40.

The lantern room was removed from the lighthouse around 1980 after it had fallen into disrepair. The upper part of the tower was decked over and a watertight light was placed atop the tower.

In 2011, residents of Terence Bay, backed by the Halifax Regional Council, declared their desire to assume control of their lighthouse, which had been placed on the Canadian Coast Guards surplus list. Michelle Forrest, a member of the local committee that developed a plan to take over the lighthouse, was certain the upkeep would not be too difficult. The maintenance part of it is probably not going to be that terribly expensive year by year, she said, but what we would like to do is put the original top back on the lighthouse. They took the original tops off many of these lighthouses. The local group also needs to secure the right-of-way to the lighthouse to preserve access to a small beach and walking trails in the area.

As part of the divestiture process, the federal government declared Terence Bay Lighthouse a heritage lighthouse in 2015, under the Heritage Lighthouse Protection Act that was passed in 2008.

In 2015, the Terence Bay Lighthouse Committee entered the lighthouse in This Lighthouse Matters, a crowdfunding competition sponsored by National Trust for Canada and the Nova Scotia Lighthouse Preservation Society. Twenty-six lighthouses in Nova Scotia competed for online votes in three different categories: High Tide, Ebb Tide, and Low Tide. The top three vote-getters in each category were given monetary awards that totaled $250,000. Terence Bay Lighthouse did not come in the top three in its category, but it did earn $1,975 in the fundraising portion of the competition, where every donation to those lighthouses that didnt win a cash prize was matched, dollar-for-dollar, up to $10,000.

The Terence Bay Lighthouse Committee was reportedly granted ownership of the lighthouse in 2016. After announcing the news, Committee President Laszlo Bone noted, We had a lot of difficulties with access. One of the conditions receiving the lighthouse ownership is that we build a pathway over a certain marsh. A troublesome owner of land over which the right-of-way to the lighthouse passes, refused to compromise, and the transfer had to be postoponed.

In July 2018, the Department of Fisheries and Oceans began extensive repairwork on the lighthouse. The old siding was removed, the tower was patched up, and new siding was applied. In late December 2018, just in time for the holidays, a new lantern room was placed atop the tower. The only missing piece now is resolution of access to the lighthouse so the tower can be transferred to the Terence Bay Lighthouse Committee.

For a larger map of Terence Bay Lighthouse, click the lighthouse in the above map.