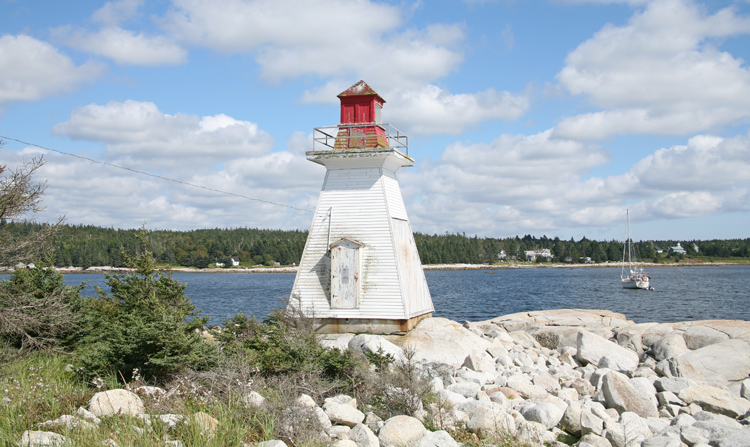 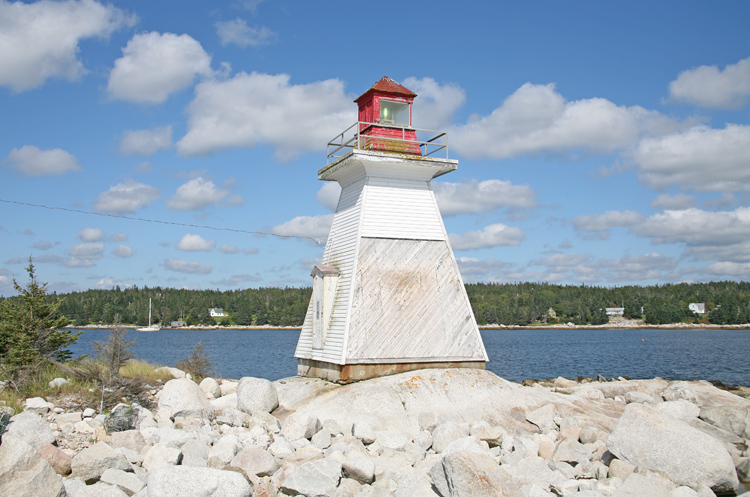 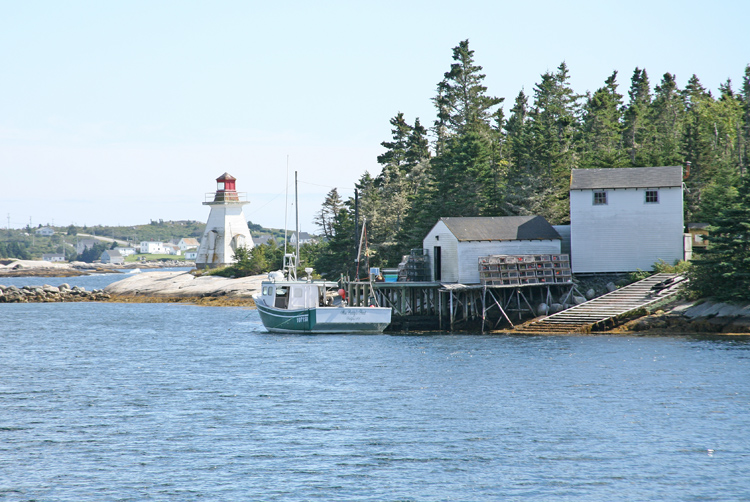 Indian Harbour is situated on the eastern side of St. Margarets Bay and is formed by Paddys Head Island, which is connected to the mainland by a small wooden bridge.

The Department of Marine announced the completion of a lighthouse on Paddys Head Island in 1901:

A lighthouse was put in operation on May 20, 1901, on the southeastern extremity of Paddys head island, entrance to Indian harbour, on the eastern side of St. Margaret bay, county of Halifax, as a guide to small vessels seeking an entrance into Indian harbour through the channel between the southern extremity of Paddys head island and Wreck island.

The building is a square, wooden tower, with sloping sides, surmounted by a square, wooden lantern, the whole painted white. The tower is 33 feet high from its base to the top of the ventilator on the lantern, and is situated 95 feet back in a north-westerly direction from the S.E. extremity of the island on land 10 feet above high-water mark.

The light is a fixed white light, elevated 36 feet above high-water mark, and should be visible 7 miles from all points of approach by water. The illuminating apparatus consists of a pressed glass lens.

This building was erected by the department by days labour, under the supervision of Mr. Amos McLennan, as foreman of works, and cost $728.24.

Henry Boutillier was appointed the first keeper on June 6, 1901, with an annual salary of $100, and he looked after the light until it was electrified and de-staffed in 1945.

George Richardson was hired as a caretaker in 1955 to help with maintenance and to report any problems with the light. Richardson continued in this role until 1967, when the maintenance was taken over by the Department of Transportation.

In 2013, local residents formed Friends of Paddys Head Lighthouse to apply for ownership of the tower from the Department of Fisheries and Oceans so they could look after their cherished beacon. At that time, the lichen-covered tower was structurally sound but some siding on the seaward face of the lighthouse was missing.

In 2015, the National Trust for Canada and the Nova Scotia Lighthouse Preservation Society launched This Lighthouse Matters, a crowdfunding competition that gave organizations and communities in Nova Scotia the chance to compete for cash prizes to preserve their beloved lighthouses. Indian Harbour Lighthouse competed in the High Tide category with seven other lighthouses but failed to garner enough votes to end up in the top three. The top vote getter in the High Tide category was Low Point Lighthouse near Sydney, and it received $75,000. Indian Harbour Lighthouse did receive $1,950 in online donations, and the National Trust matched this amount.

In May 2017, the Coast Guard used a helicopter to land building supplies near the lighthouse so the much-needed restoration of the tower could begin. Workers clad the tower in vinyl siding that is supposed to last for thirty years if applied correctly. The old wooden lantern room was beyond repair, so a new aluminum one was fabricated. Due to lack of helicopter availability, the new lantern room was not placed atop the tower until February 7, 2018.

For a larger map of Indian Harbour (Paddys Head) Lighthouse, click the lighthouse in the above map.

From NS 333 (Lighthouse Route) in Indian Harbour, turn south onto Paddy's Head Road. After 1.1 km (0.7 miles), you will encounter a bridge, and Indian Harbour Lighthouse will be visible off to your left. Access to the lighthouse itself is over private property.