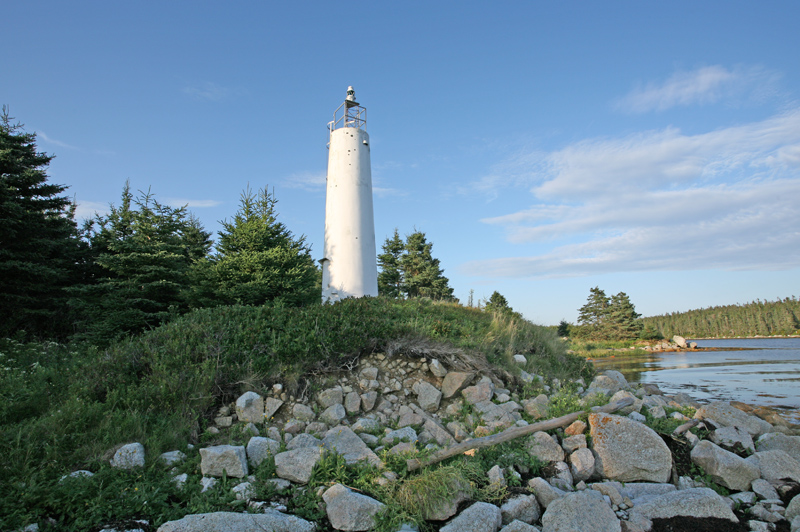 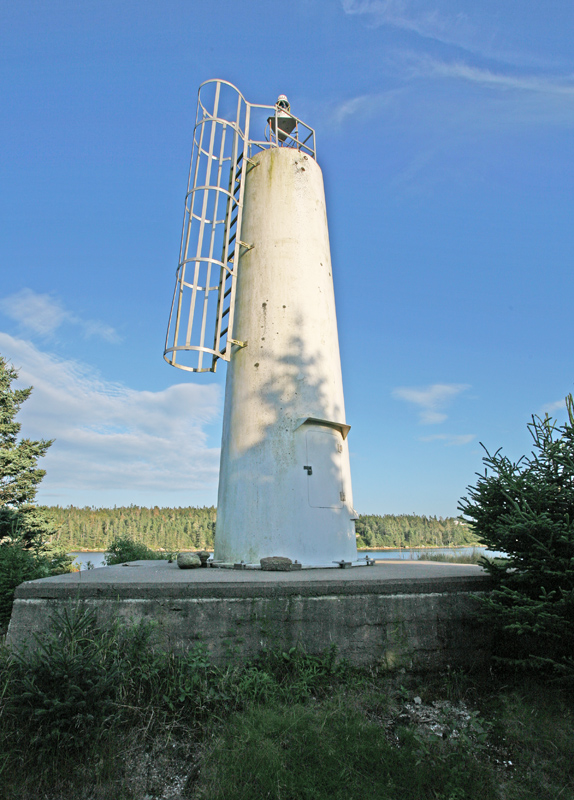 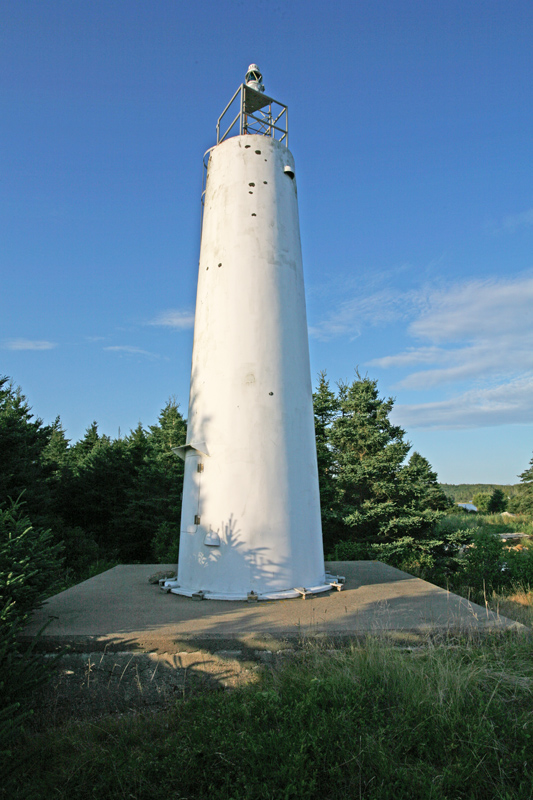 Pennant Bay is situated between Sambro Harbour and Terence Bay on the southern shore of the Chebucto Peninsula. Pennant Habour is located in the northeast angle of Pennant Bay, and while small in extent does offer secure anchorage to mariners once mariners navigate past Pennant Island and Trumcap Island at its entrance. Today, the communities of East Pennant and West Pennant flank Pennant Harbour. The upper end of Pennant Harbour is known as Pennant Cove.

In 1903, the Department of Marine published the following information on the recently completed Pennant Harbour Lighthouse:

- A lighthouse was put in operation on July 7, 1903, on the north side of the entrance to Pennant Cove, in the county of Halifax, for the benefit of the local fishermen. The building is a square wooden tower with sloping sides surmounted by a square wooden lantern, the whole painted white. It is 33 feet high from its base to the top of the elevator on the lantern. It stands 10 feet above and 30 feet back from high water mark. The light is a fixed white catoptric light, elevated 37 feet above high-water mark, and should be visible 7 miles from seaward. It shows only from the southwestern face of the lantern. The work was done by day labour under the foremanship of Mr. Wm. H. Whebby at a cost of $384.

Peter Angus Gray was hired as the first keeper at an annual salary of $100. Keeper Gray minded the light until 1920, when his son Joseph C. Gray assumed responsibility for the beacon. When Joseph was lost at sea in 1941, his wife Lillian became keeper. She served in this role until the light was electrified and automated on January 1, 1965. Lillians role was then downgraded to that of caretaker, and her salary was likewise reduced to $115, one-fifth of her former salary. When the position of caretakers was abolished in 1967, the sixty-two-year run of keepers from the Gray family ended.

A fibreglass tower replaced the original lighthouse in 1991, after the wooden tower had deteriorated beyond economical repair. Pennant Harbour Light was discontinued in late 2016, and in 2020, Joseph Poon visited the site and found that the tower was no longer there.

For a larger map of Pennant Harbour Lighthouse, click the lighthouse in the above map.

From the junction of NS 349 and 306 in Sambro, go west on NS 349 (West Pennant Road) for 2.7 km (1.7 miles). Pennant Harbour Light is hard to see through the trees, but there is a small turnoff at this point from which you can bushwhack your way to the shore.