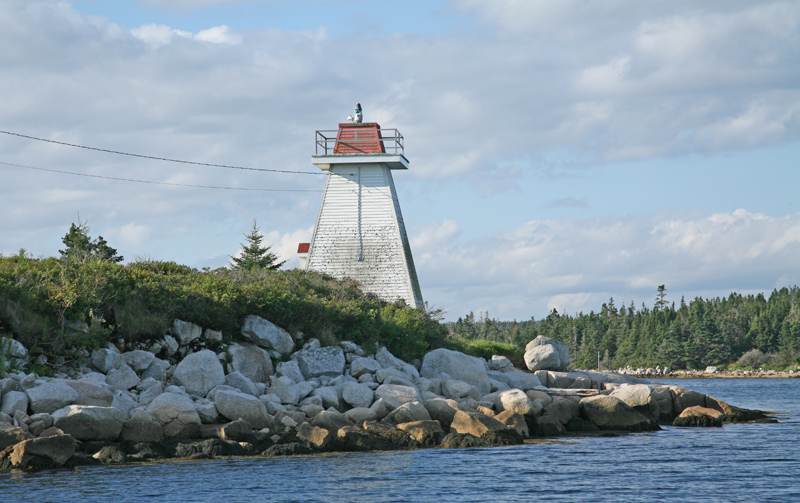 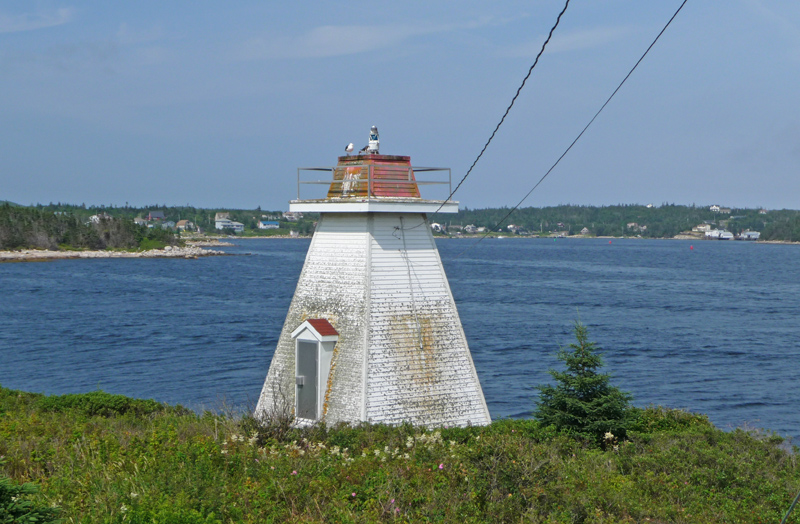 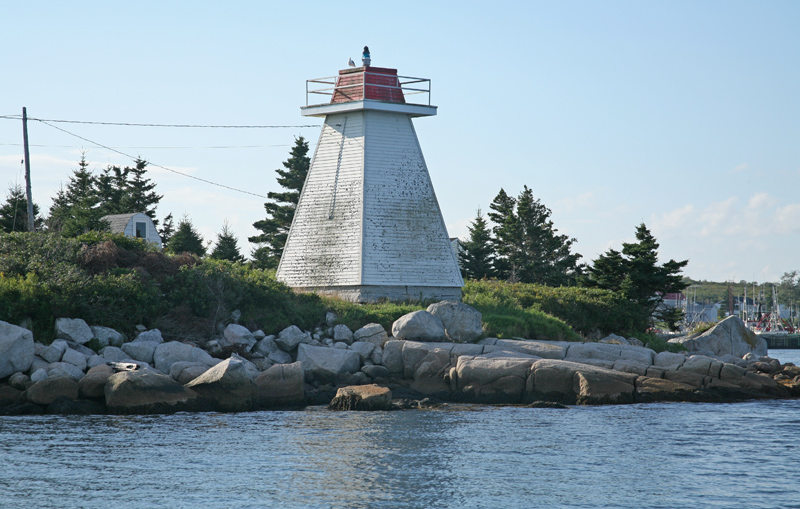 A sailing guide for the southeast coast of Nova Scotia published in the 1860s notes that Sambro Harbour lies at the head of a bay bounded by Pennant Point on the west and Cape Sambro to the east. The guide describes the anchorage afforded by the harbour in times of southwesterly winds as imperfect and cautions mariners that large vessels should avoid the harbour save for cases of extreme necessity due to dangers in and around the harbour.

In 1899, a lighthouse was built to better mark Sambro Harbour, and the following description of this light was given by the Annual Report of the Department of Marine and Fisheries for that year.

The lighthouse stands about 30 feet back from the waters edge on the extremity of the point, and is a square wooden tower with sloping sides, surmounted by a square wooden lantern, the whole painted white. It is 33 feet high from its base to the vane on the lantern.

The light is a fixed red light, elevated 38 feet above high-water mark, and visible from seven miles from all points of approach by water. The illuminating apparatus is dioptric of the seventh order.

The tower was built by the department under the supervision of foreman carpenter McLellan and cost $676.04.

John H. Finlay was appointed as first keeper of the Sambro Harbour Lighthouse on December 7, 1899, and he served until 1920.

Albert Gilkie started tending the light in 1929 and was still keeper when it was electrified in 1947. Keeper Gilkie notified his superior that he intended to retire upon turning sixty-five in July 1961. Rather than hire another caretaker, the government installed a photo-electric switch that would activate the light when necessary.

In 1971, the lighthouses deteriorated lantern room was removed, and a watertight mount was installed atop the tower for the automated beacon.

Sambro Harbour is home to a Coast Guard Search and Rescue Unit and the cutter Sambro. The Coast Guard and Sambro Harbour were shown in the first episode of Swords: Life on the Line in 2009, after Captain Linda Greenlaws fishing vessel experience engine problems en route to the Grand Banks and had to be towed to Sambro Harbour for repairs.

In May 2016, the Canadian Coast Guard demolished the historic wooden lighthouse to make room for a similar, but larger modern lighthouse. The type of light thats there, its known in our circle as a salt shaker style, said Dan Pike, the regional superintendent of maritime and civil infrastructure with the Canadian Coast Guard for the Atlantic region. The one that were going to replace it with is slightly larger but basically the same shape. Itll actually look much better because the cupola, which is the cap on top of the structure which contains the light, will be reinstalled.

For years, residents had felt that their lighthouse needed some attention and had become somewhat of a disgrace. Most werent disappointed to see their historic lighthouse destroyed as long as it was being replaced by a similar, modern lighthouse.

For a larger map of Sambro Harbour Lighthouse, click the lighthouse in the above map.

From NS 349 in Sambro, turn south on Old Sambro Road. The road will become Bull Point Road, and at its end, you will find Sambro Harbour Lighthouse.